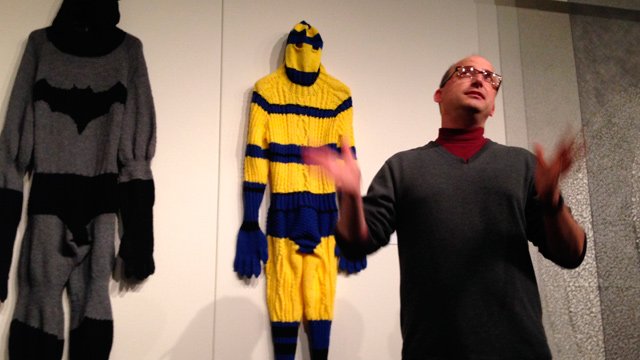 Knitted superheroes, embroidered comic-book scenes, “inaction figures” carved of wood; Mark Newport blends traditional crafts with pop culture to explore issues of masculinity, heroism and vulnerability. “I’m interested in gender and how that relates to how we as individuals get to operate in or understand the world,” says the Michigan-based artist.

Newport’s grandmother taught him how to knit and embroider, while the artist also recalls leaning to draw by copying from comics. He went on to complete formal training at the Kansas City Art Institute and postgraduate studies at the Art Institute of Chicago School. His interest in using handicrafts as media is clear from his earliest creations: a series of beaded football cards from 1995 already address gender and identity, with stereotypically masculine figures decorated using sparkly add-ons. The Sweater Men, elongated woollen suits created from around 2000 onwards, recast comic-book heroes as lank, deflated figures, questioning concepts of power, protection and self.

Currently Artist-in-Residence and Head of Fiber at the Cranbrook Academy of Art, Newport has a long career in education, having taught at Arizona State University, Cleveland Institute of Art, and the Art Institute of Chicago, among others. His work has been exhibited across the USA, and in Canada, UK and Norway. The Arizona State University Art Museum hosted Newport’s first museum show in 2005, and in 2009 he was invited to participate in the prestigious Renwick Craft Biennial. His creations feature in the permanent collections of numerous institutions, including The Whitney Museum of American Art, the Smithsonian American Art Museum and the Detroit Institute of Arts. 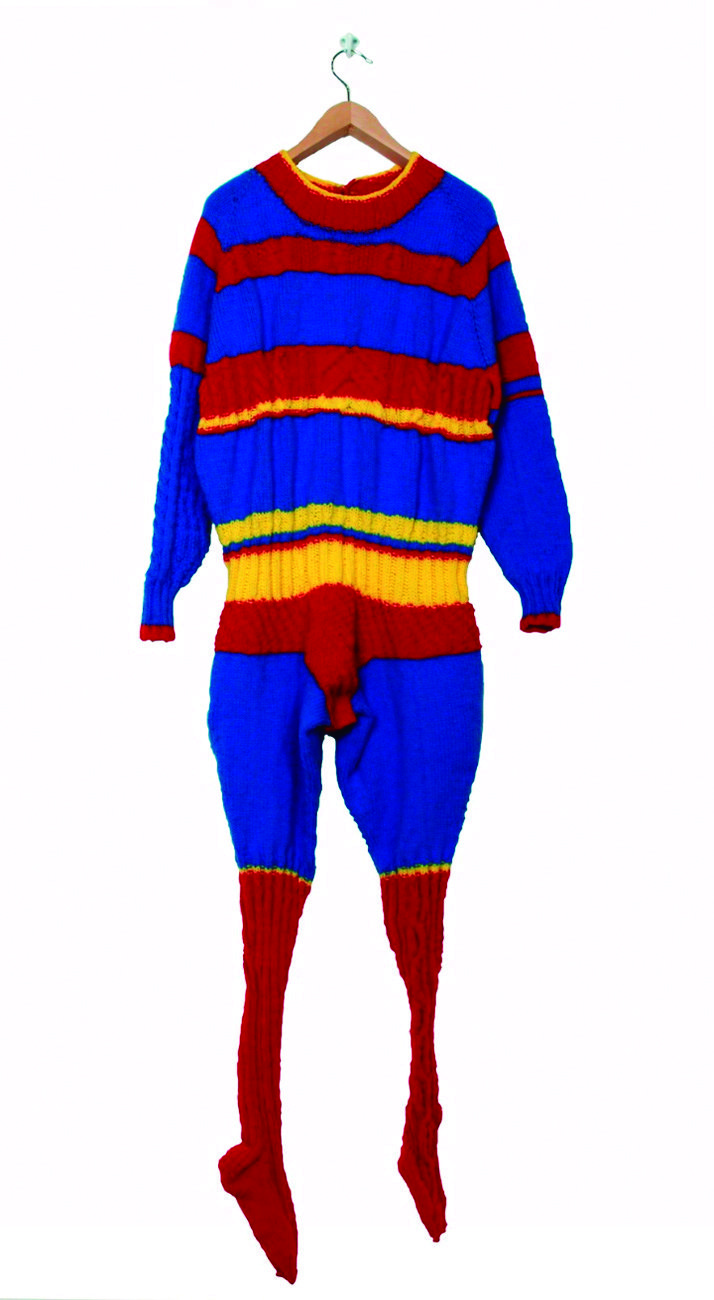