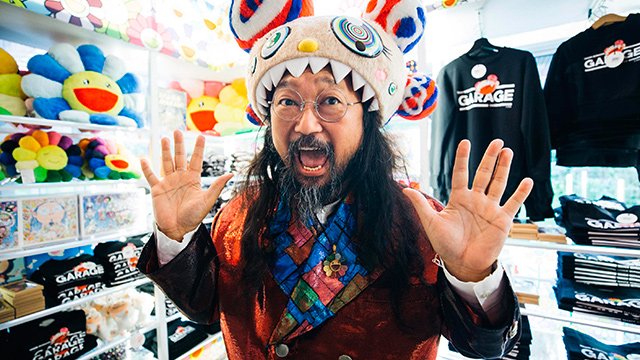 One of the contemporary art world’s best known figures, Takashi Murakami has been instrumental in shaping Japan’s modern-day art scene. Blending Japanese tradition with a pop art approach, Murakami has achieved not only critical acclaim but huge commercial success: his career spans more than thirty years, his trademark characters are recognised the world over and his museum shows consistently draw record-breaking audiences. Meanwhile, the company founded by Murakami in 2001 — Kaikai Kiki Co. — serves as an incubator for emerging talent, supporting a new generation of Japanese artists.

Murakami was born in Tokyo and trained in Nihonga (traditional Japanese painting) at Tokyo National University of Fine Arts and Music, receiving his PhD in 1993. His earliest works include critical satire, performance art and conceptual pieces, although by the 1990s his trademark style, influenced by anime, manga and global branding, had already begun to emerge. Smiling daisies, mushrooms, skulls and bold colour would go on to become synonymous with his name. During this period, he also created Mr. DOB, a mouse-like alter ego that has continued to evolve throughout Murakami’s career.

In 2000, Murakami published his “Superflat” theory, which traces manga and anime styles to the flat picture planes of traditional Japanese painting; it serves as a commentary on post-war Japanese society too, in which little distinction is made between “high” and “low” art. In line with the broader pop art tradition, Murakami has always rejected this categorisation: as well as paintings and sculptures, his work encompasses commercial projects with brands such as Louis Vuitton, collaborations with music stars like Kayne West, and merchandise including toys and t-shirts.

Murakami has exhibited the world over. Between 2007 and 2009, the first major retrospective of his work was shown at the Museum of Contemporary Art, Los Angeles; Brooklyn Museum of Art, New York; Museum für Moderne Kunst, Frankfurt; and the Guggenheim Museum, Bilbao. In 2010 he became the first Japanese artist ever to exhibit at the Palace of Versailles in France, and his 2017 retrospective at the Museum of Contemporary Art, Chicago, was seen by almost 200,000 visitors. 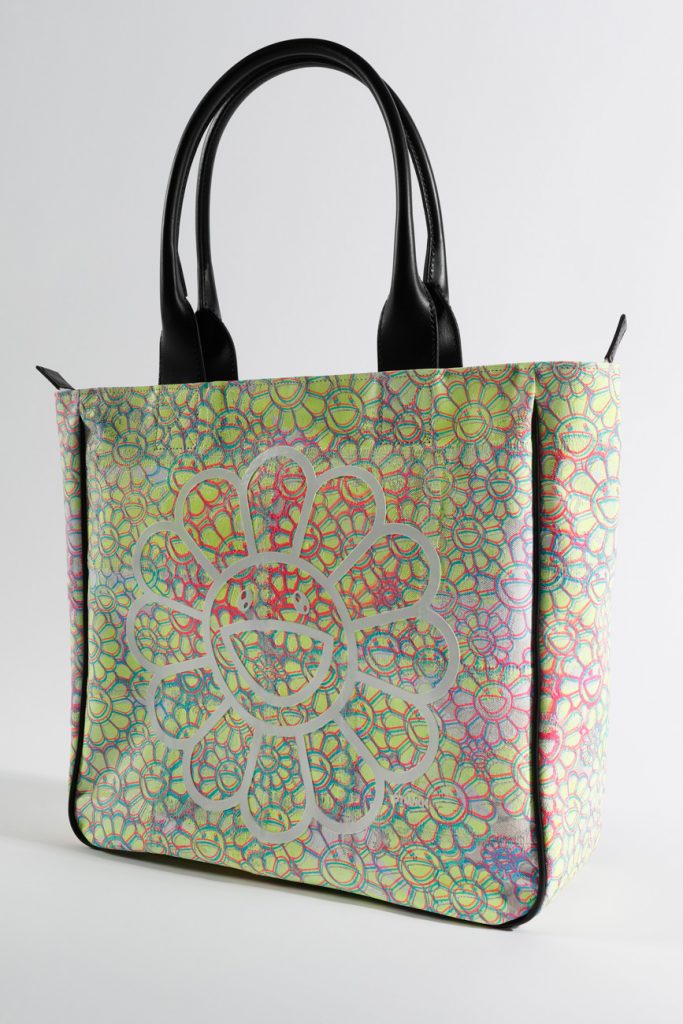 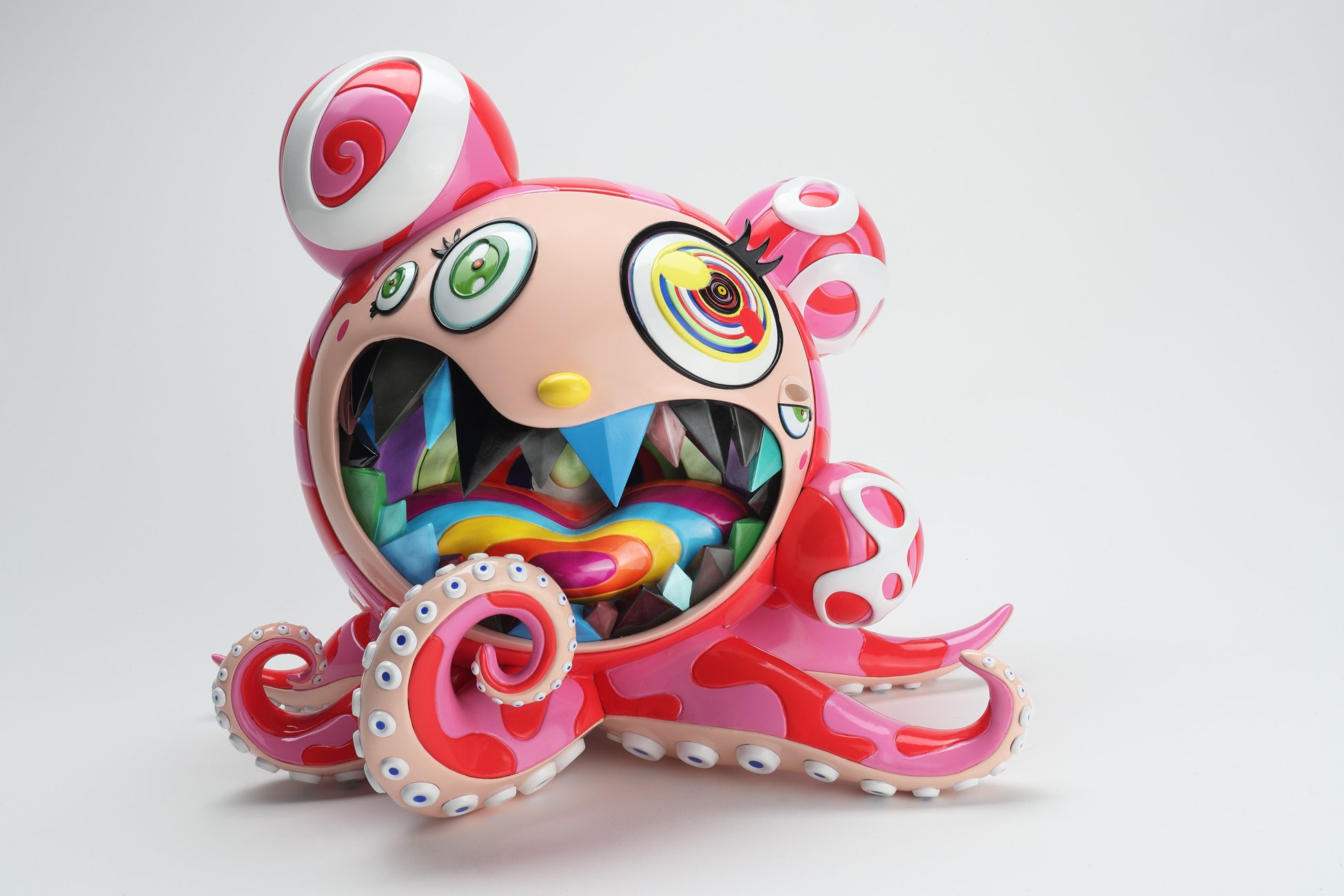 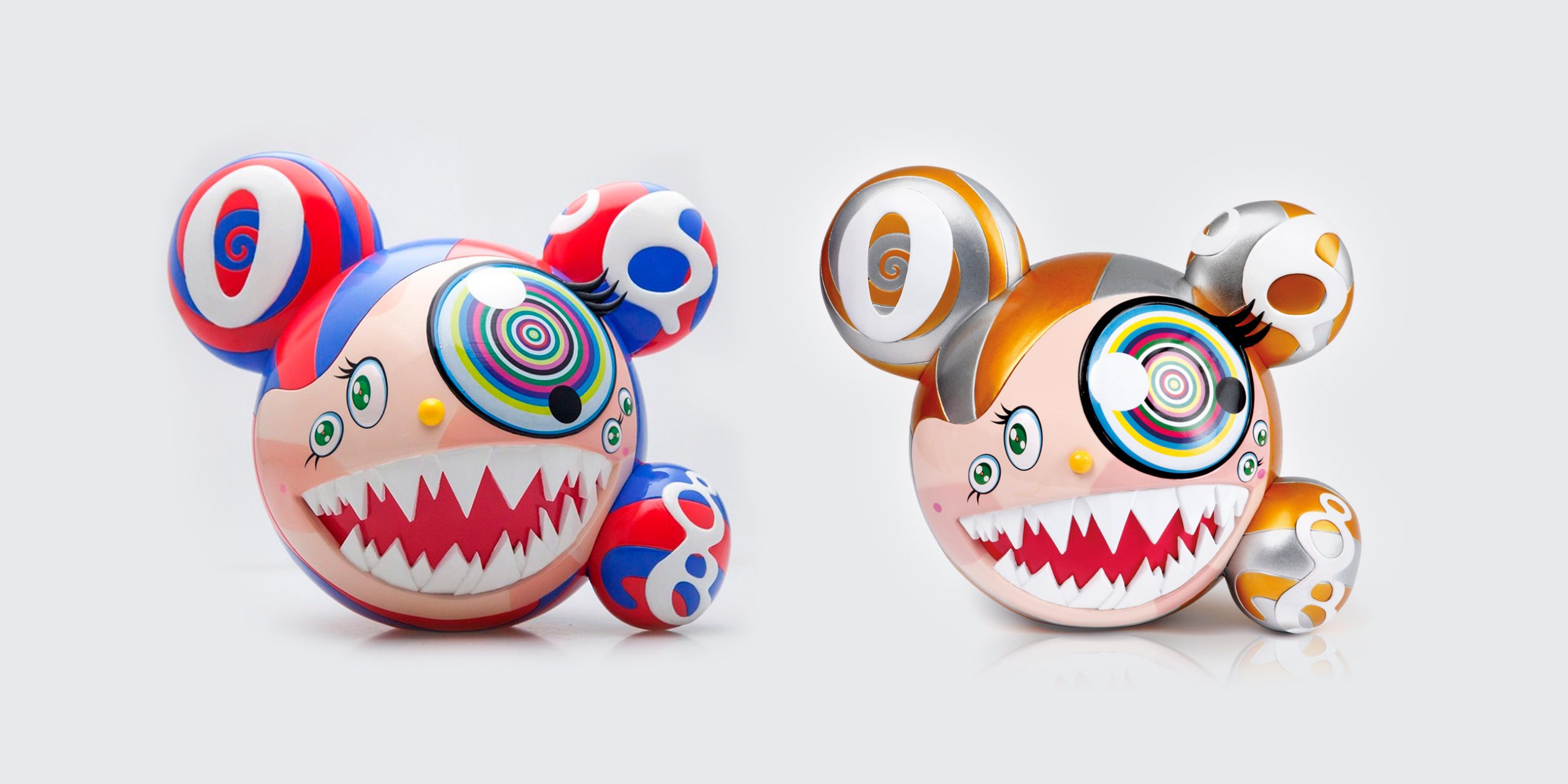