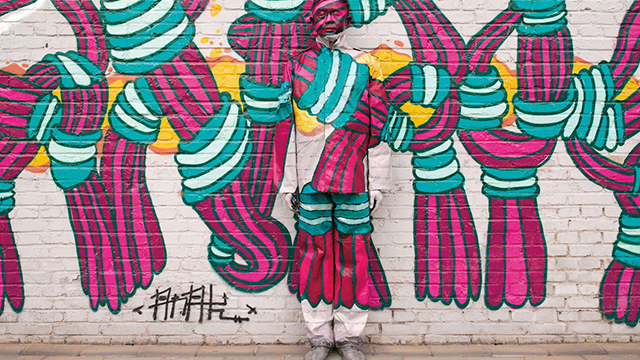 Liu Bolin was born in 1973 in Shandong, China and studied sculpture at the Central Academy of Fine Arts in Beijing, graduating with an MFA in 2001.

Better known as The Invisible Man in media circles. He discusses the social concerns of his home country through his artistic practice, most prominently through his ‘camouflage’ installations. Traversing mediums such as performance, photography, Liu Bolin dissects the tense relationship between the individual and society by ‘disappearing’ into environments which are sites of contention and criticism. His “Hiding in the City” series has been displayed in numerous museums and institutions across the globe.

His artistic commitment began in the 1990s as China was recovering from the devastating effects of the Cultural Revolution, with its economic development on the upswing and the stabilization of its political situation. Liu’s photographs and sculptures have been exhibited in many museums and institutions worldwide. He has collaborated with prominent artists including Kenny Scharf, JR, Jon Bon Jovi, Jean-Paul Gaultier, Fernando Botero, Carlos Cruz-Diez and Annie Leibovitz.

In 2013, Liu presented a TED Talk, which has been viewed by millions of viewers online. In 2015, he was commissioned by the United Nations Global Goals campaign to create an image to promote 17 goals — including ending poverty and encouraging sustainable development and the fight against social injustice and inequality — where he faded into the backdrop of 193 country flags. 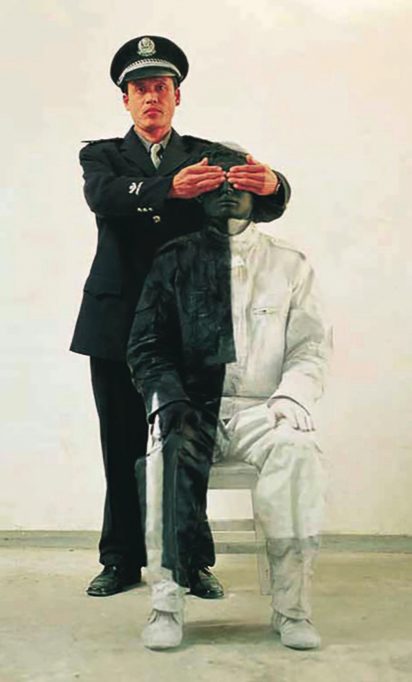