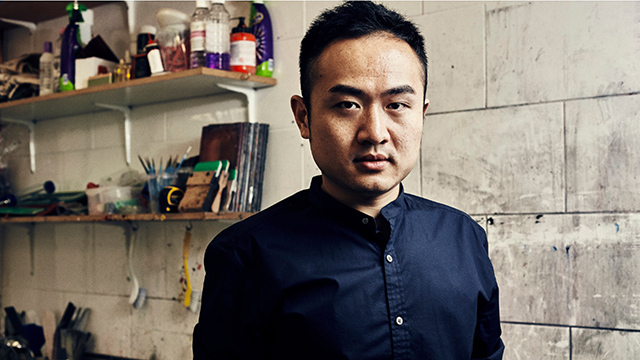 Jacky Tsai is a Chinese artist based in London. His inventive approach fuses traditional eastern artistic techniques and imagery with western Pop Art references to create an original style that seeks to establish balance and harmony between cultural extremes.

Tsai originally came into the limelight in 2008 when he created the now iconic floral skull emblem for British fashion designer Alexander McQueen whilst studying for his Masters at Central St. Martins, London. Since then Tsai has used the floral skull in many of his artworks, seeing the image as the best example of his vision: to dispel attitudes of fear and superstition prevalent in his native China and instead encourage the emergence of beauty in decay. The floral skull has since become synonymous with the artist and his work.

An extremely prolific creator, Tsai works across many fields, conceiving artworks that manifest themselves through a variety of mediums including painting, sculpture, installation, screen printing and mono printing. In recent years, a large part of his working process has been to explore ancient Chinese artistry techniques such as lacquer carving, painted porcelain and ‘Suxiu’ silk embroidery, and as a result has since produced a number of works applied in these mediums.

In addition to his art, in 2011 Tsai developed his own fashion label, which saw high profile collaborations with leading department stores Harvey Nichols and Lane Crawford, as well as internationally acclaimed Chinese luxury brand Shanghai Tang.

Over the years, Tsai has developed a unique and recognisable graphic style that fuses symbolic references from traditional eastern art and literature with imagery from western pop culture such as comic book heroes. Heavily influenced by Pop Artists such as Roy Lichtenstein and Andy Warhol, Tsai’s work is vibrant in colour with powerful delivery. Tsai enjoys telling a story through his art, and many of his pieces include hidden narratives, either relating to historical Chinese legends or portraying Tsai’s own imagined tales.

Tsai’s diverse works have gained him international acclaim and he has enjoyed a successful career to date. Born in 1984, Tsai grew up in Shanghai and studied for his BA at the China Academy of Art before moving to London to study at Central Saint Martin’s. Since then his work has been exhibited worldwide, with key exhibitions in London, Moscow, Shanghai, Hong Kong, New York and Singapore. February 2018 saw Tsai’s first retrospective exhibition at the prestigious Moscow Museum of Modern Art (MMOMA), presented a number of works completed over the past several years and marked his first time showing in Russia. To coincide with the exhibition, Tsai was invited to create a series of bespoke large-scale sculptures and installation works that were to be exhibited at Moscow’s national department store GUM on the Red Square. Other notable solo shows have been at the Fosun Foundation Shanghai, the Unit London and Contemporary by Angela Li, Hong Kong. 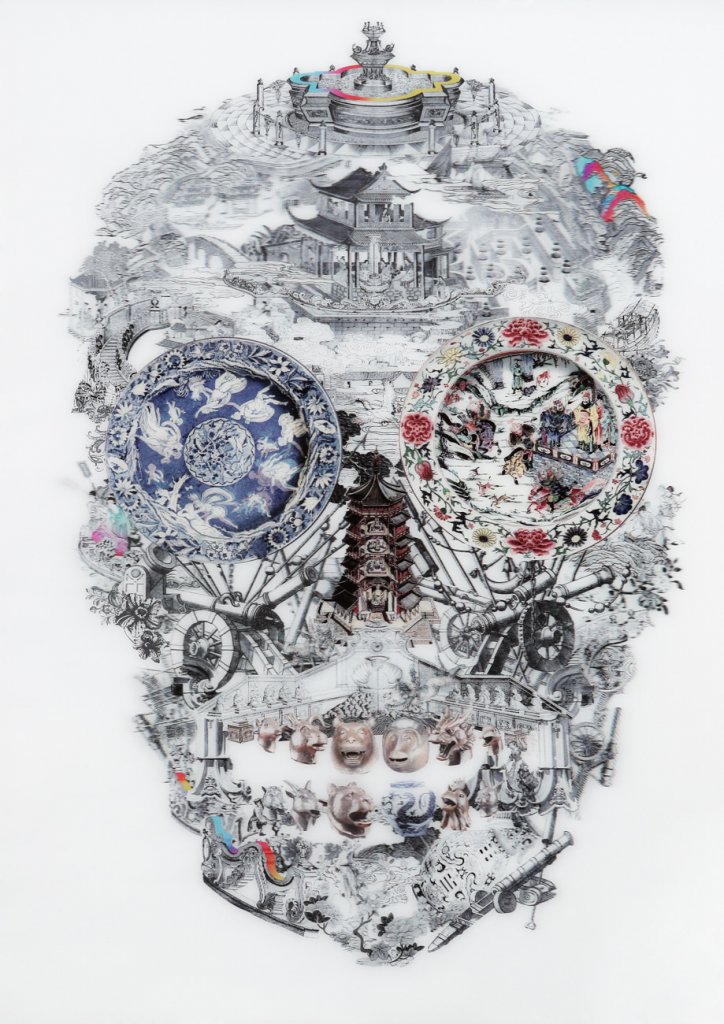