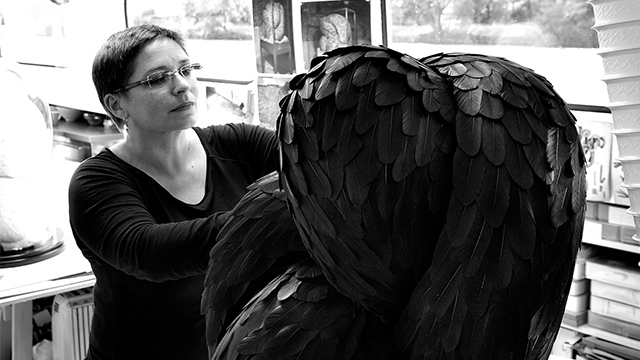 Feathers are the chosen media of British sculptor, Kate MccGwire. Using this delicate material, she creates serpentine coils, discomforting shapes which play on the duality of beauty and repulsion. Often provoking a visceral reaction in the viewer, her works possess a consistent strangeness which challenges our conceptions of the status quo.

MccGwire grew up in the Norfolk Broads, a wetland and National Park in the east of England, rich in birdlife. Her fascination with nature was encouraged from an early age and avian materials have become central to her practice. MccGwire studied at the University College for the Creative Arts, Farnham, before taking an MA in Sculpture at theRoyal College of Art in 2004. She has also completed artist residencies in the USA and China.

Found materials have long been of interest to the artist, who has researched the use of hair in contemporary practice and employed everyday items such as wishbones and noodles in her art. She was inspired to work with feathers after discovering a pigeon colony that dropped plumage near her studio, and now sources materials from a growing network of bird-lovers including racing pigeon enthusiasts.

MccGwire meticulously sorts and trims the feathers, exploiting their naturally occurring colour variations and patterns in her work. In large, site-specific installations such as Slick (2010), feathers are turned into coiling sinews or heavy, liquid-like forms which spill into whole rooms. For smaller-scale works, MccGwire uses cabinets, bell jars and frames to contain her sinuous creations.

Her practice explores “Unheimliche” the Freudian idea that the familiar can be rendered fearful. She draws on contrasting symbolisms of birds, the disquieting nature of shed feathers and our reactions to certain shapes and textures. “I want to seduce by what I do—but revolt in equal measure,” summarises the artist.

MccGwire has exhibited worldwide, including at prestigious centres such as the Museum of Art and Design (New York), the Royal Academy of Arts (London) and the Musée de la Chasse et de la Nature (Paris). She received the Heart of Glass Award in 2008 and The Royal Academy of Arts, Jack Goldhill Award for Sculpture in 2018. Her work is held by numerous international collections, among them the Saatchi Collection, the Thomas Olbricht Collection and the Shengua Art Collection in Nanjing, China. 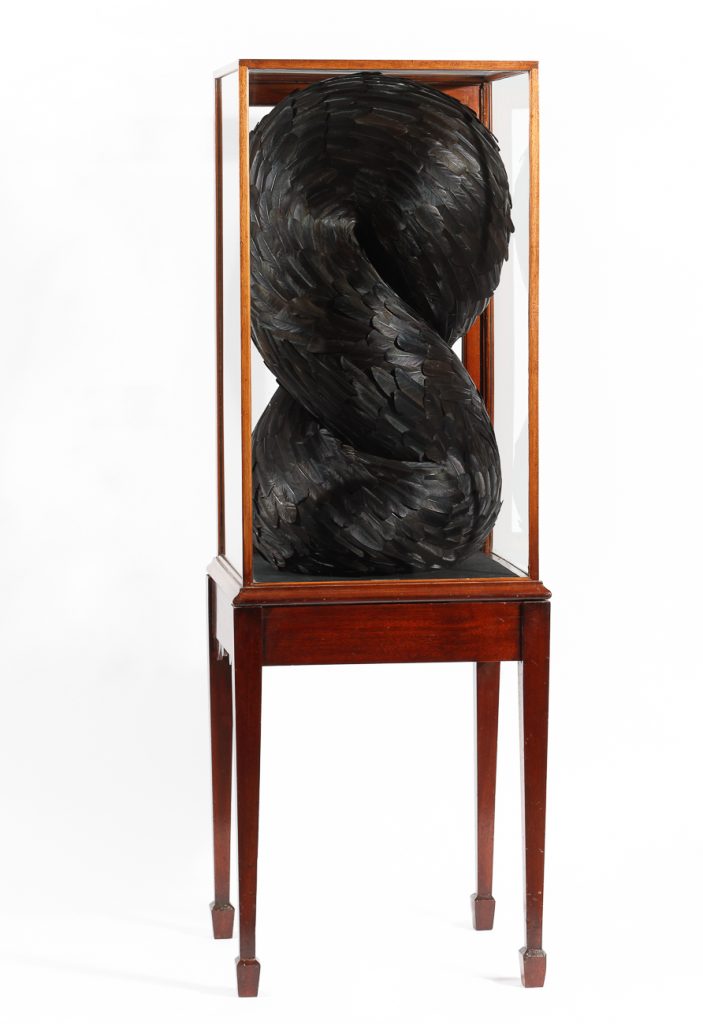