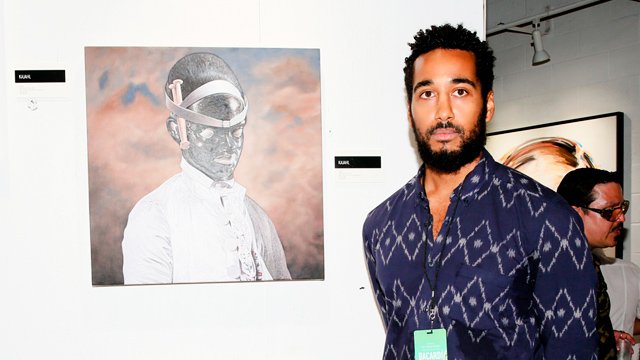 African, Middle Eastern and Pre-Columbian iconographies come together in Kajahl’s paintings, astute reflections on plural identities twisted by stereotyping and the pass of time. Historical artefacts are personified and transformed into alchemists, conquerors and explorers, depicted in poses reminiscent of the Italian Renaissance or Dutch Golden Age.

Cultural blending and the fragmented experience of diaspora are not only key to Kajahl’s artwork, but also evident in his personal background: born in California, he has an Italian-American mother and Belizean Rastafarian father. Kajahl studied at San Francisco State University, completing his final BFA year at the Accademia di Belle Arti Firenze in Italy before going on to take an MFA at Hunter College, New York.

A cultural and visual adventurer, he takes inspiration from visiting historic sites, mining archives, books, museums and the internet. He has travelled widely in Western Europe, Central America, Morocco, Ethiopia and Kenya, and has also worked directly with the photographic archives of the Warburg Institute and Ethnological Museum of Xalapa, Mexico City.

In 2013, Kajahl received a Joan Mitchell Foundation Painters and Sculptors grant and in 2016, completed Joan Mitchell Center Artist in Residence Programmes in New Orleans and New York. He has hosted solo exhibitions in Wilmington, New York and Los Angeles, and participated in numerous group shows including Visual Art and Music in a Post-Hip- Hop Era at the Museum of Contemporary African Diasporan Arts (MoCADA) in Brooklyn, New York (2013) and In Context: Africans in America at the Goodman Gallery in Johannesburg, South Africa (2016). 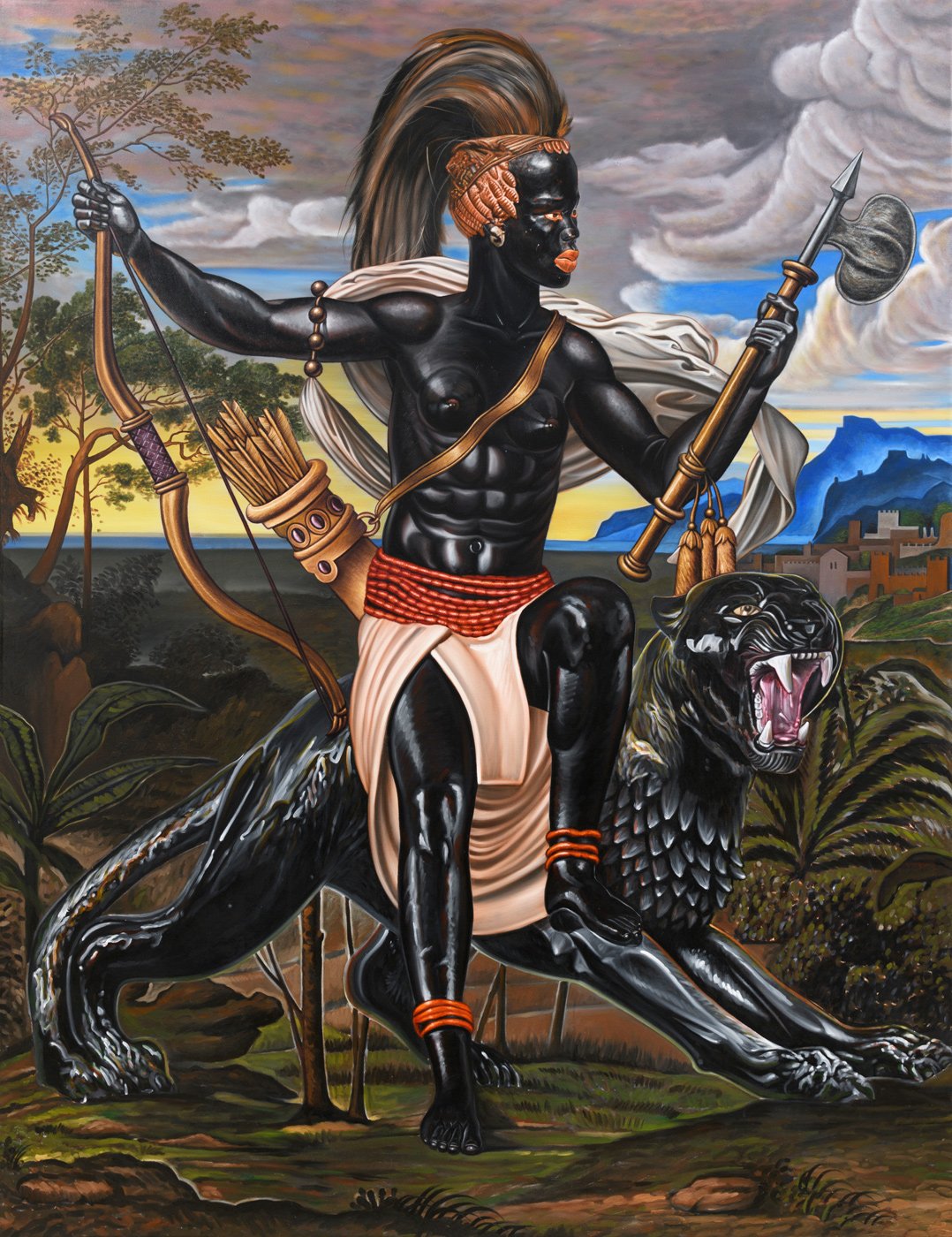