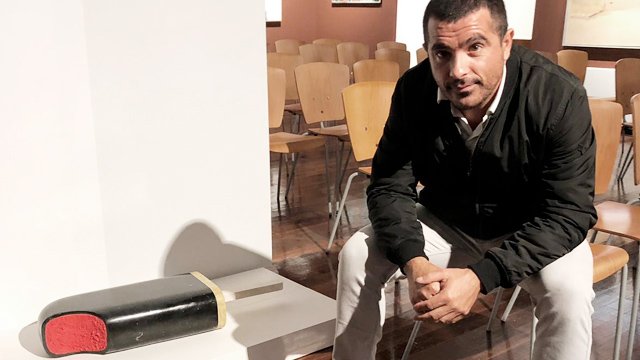 A self-taught artist, Quiñones García was drawn from an early age to stone masonry and marble work, influenced by the quarries near his home town of Vejer de la Frontera, Cadiz. After high school he worked in the construction trade and later as a restorer and sculptor in a firm specialised in marble artworks. This background is evident in his work, created using the pietra dura inlay technique widely employed in Renaissance Italy, particularly in Florence. Highly polished coloured stones are cut and fitted to create Quiñones García’s modern-day gems.

Food is a recurring theme, with ice-creams, burgers, cupcakes and doughnuts all featuring among Quiñones García’s creations. According to the artist, these are humorous references to his mum’s insistence “Don’t play with your food!” when he and his brothers were children.

Since 2009, Quiñones García’s works have been exhibited in various locations in Spain, including Malaga, Barcelona and San Sebastian. In 2019, his large-scale ice-cream Dracula was included as a public space sculpture during Urvanity Art Fair in Madrid, and in 2018 he was a prize winner at the City of Melilla Painting and Sculpture Competition. 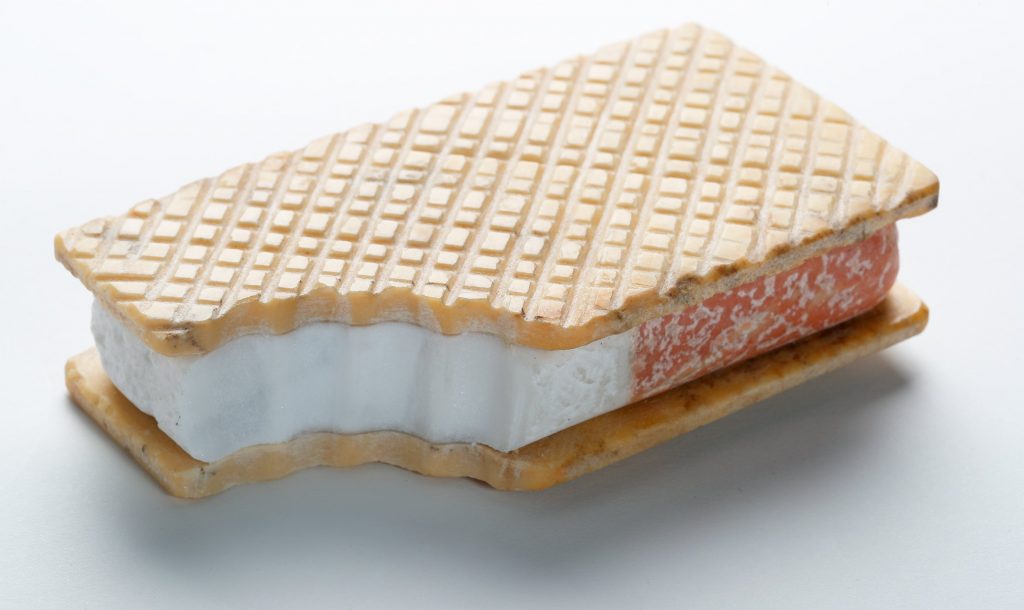