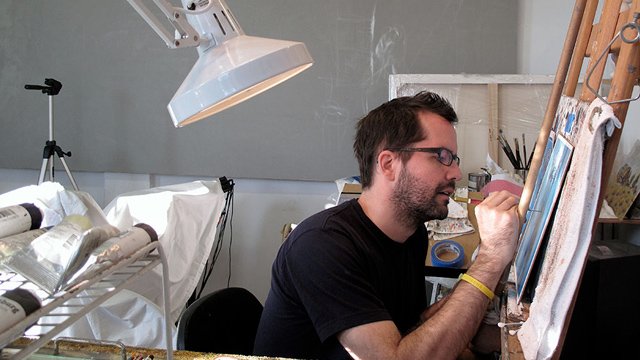 Hyperrealist paintings infused with pop culture references set in surreal, cinematographic environments. Eric White portrays scenes at the fringes of reality. As the artist explains, these are places which “appear to be the actual thing until you get a little closer and realise that something’s horribly wrong.” The same occurs with his characters, bizarre or slightly unnerving figures who reveal the artist’s fascination with “dysfunctional human psychology.”

Born in Ann Arbour, Michigan, Eric White studied at the Rhode Island School of Design. In 2010 he was awarded a New York Foundation for the Arts Fellowship in Painting and has also taught at the School of Visual Arts in New York. His work draws significantly on 20th century film, including

Hollywood classics from the 1930s and 1940s, film noir, cult movies such as Frank Zappa’s 200 Motels or series including Twin Peaksby David Lynch. He is attracted to the idea of film as synthetic reality, a symbol of everyday life as an illusion.

Music is also significant. White recalls being specifically influenced by Richard Hamilton’s artwork for the Beatles’ White Album and Sgt. Pepper’s Lonely Hearts Club Band. Through the 1990s he worked with bands including Korn or Incubus, and in 2017 created the album cover for Tyler, The Creator’s Scum Fuck Flower Boy. With a characteristic dose of humour, White has also developed a series of paintings that parody album cover art.

Eric White has hosted solo shows in Los Angeles, New York, Paris and Amsterdam, among others, and has participated in numerous group shows including at the Laguna Art Museum in California, Museo de la Ciudad de México and the MACRO Museum, Rome. 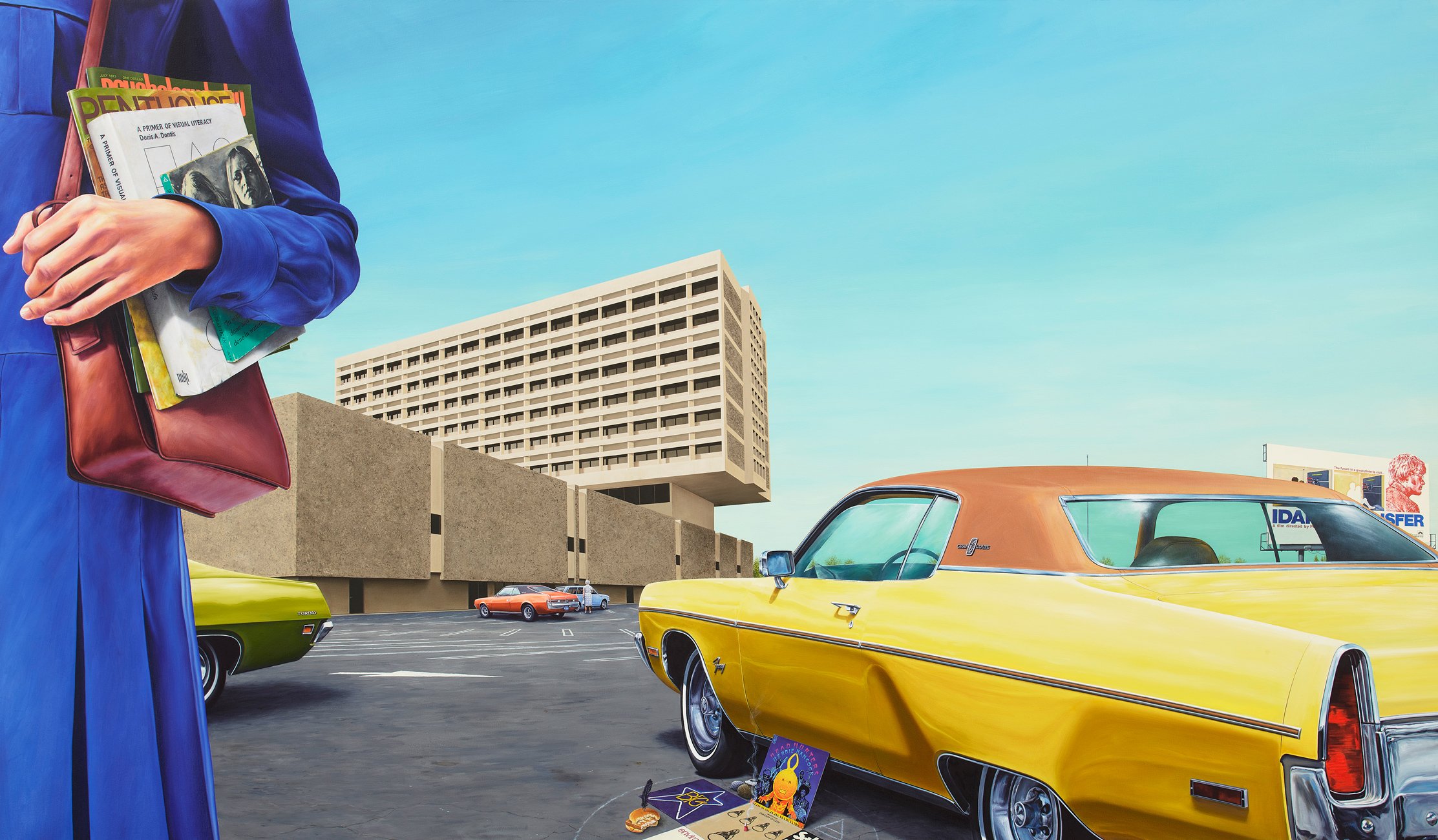