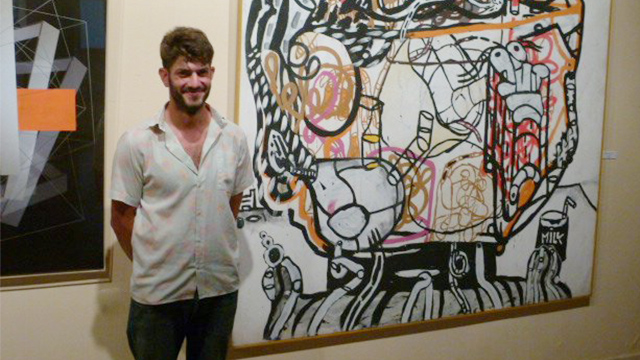 Born in Manzanares, Juan Miguel Redondo Noblejas (aka Juanmi Redondo / Juanmi Llondolar Baby) studied at the Fine Arts Faculty of Castilla-La Mancha University in Cuenca. His work draws on disparate influences, from cartoons or pop culture to the frenzied rhythms of jazz music and literary references such as Jack Kerouac’s iconic novel, On the Road.

Naïve art, graffiti and the rounded forms that characterise works by Philip Guston all feed into Juanmi’s style, with machine parts or mechanics as a recurring feature. Autoretrato (Self-portrait) (2006), is a giant-sized head made up of cogs, bolts and conveyor belts, while his 2012 exhibition Pinturas en el camino featured a series of outlandish cars reminiscent of the cartoon series, Wacky Races.

Found objects take on new life in Juanmi’s hands too. With a professional background creating props and sets for television, the artist describes himself as a “maker of paraphernalia.” The raw dynamism of his paintings is translated into playful sculptures using an eclectic selection of materials including bicycle brakes, crutches and the bone from a leg of ham. 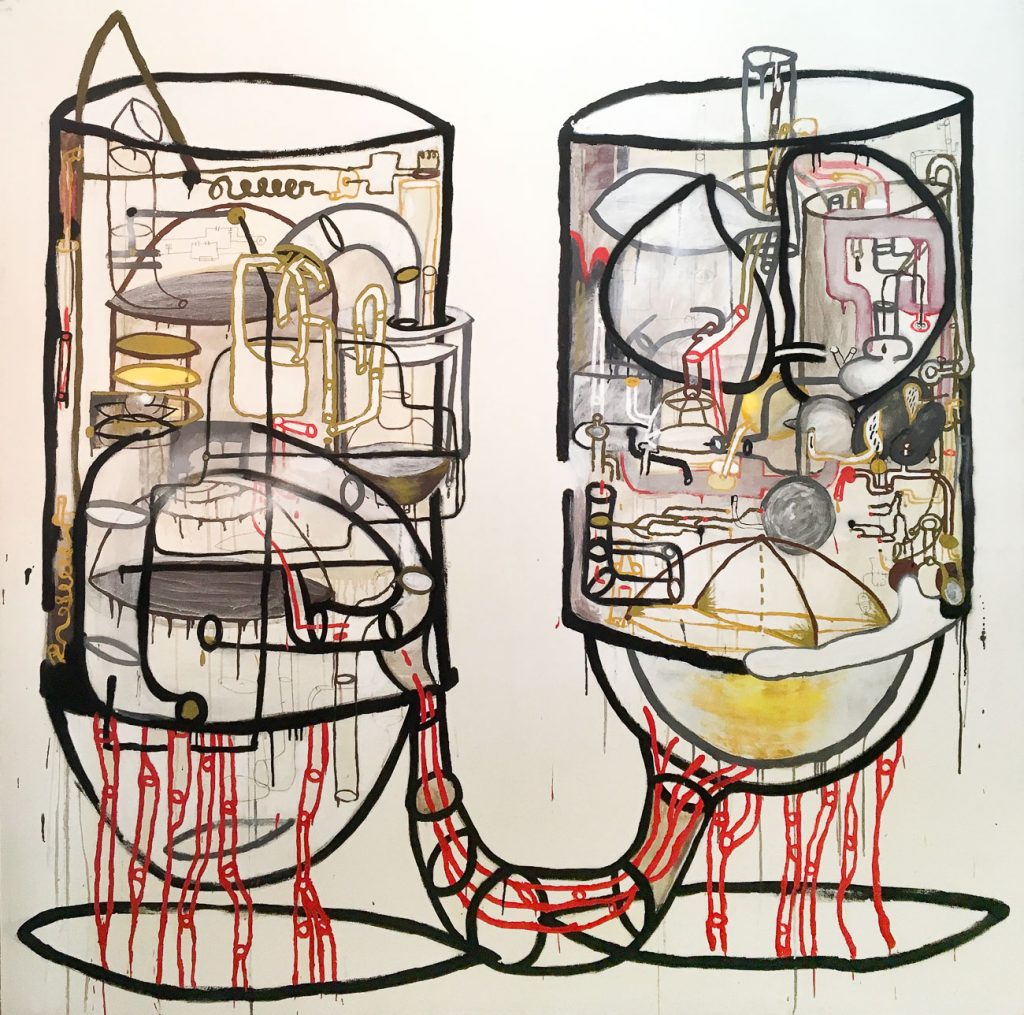 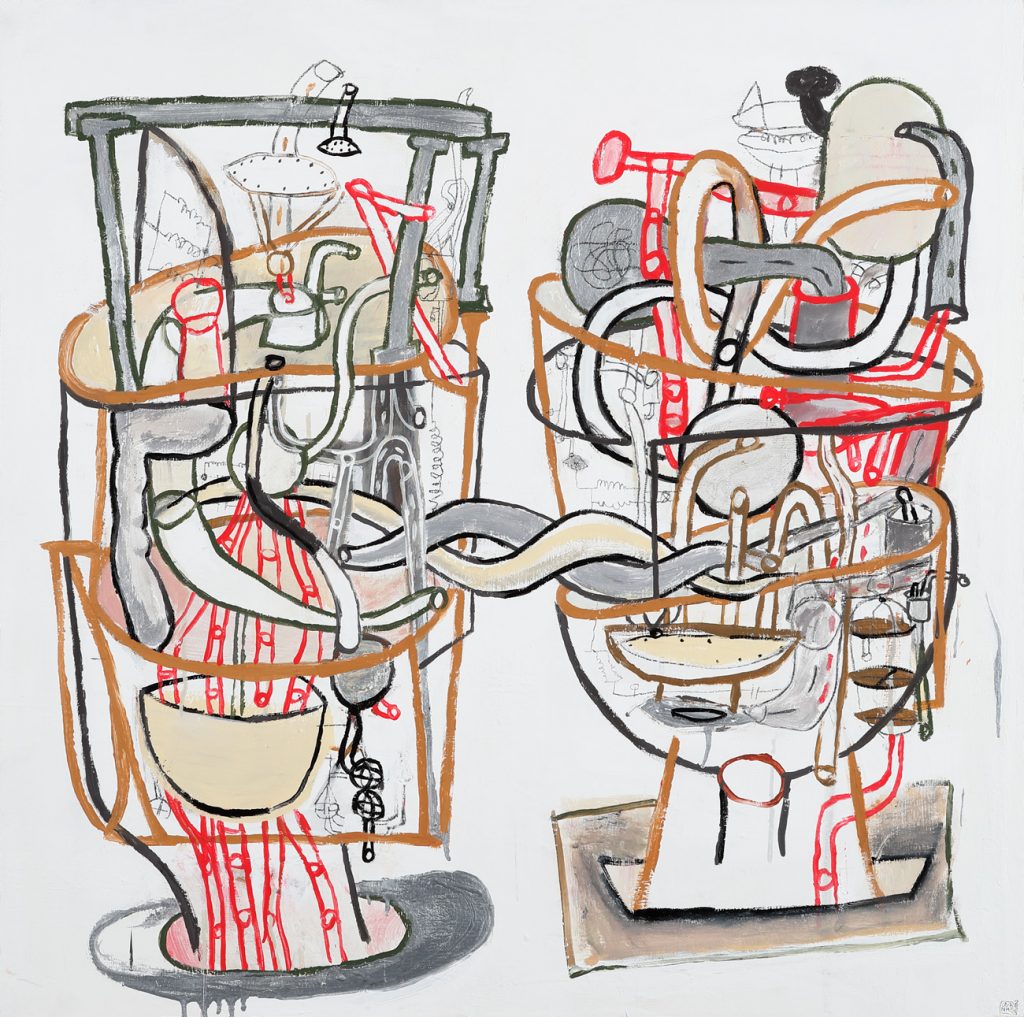 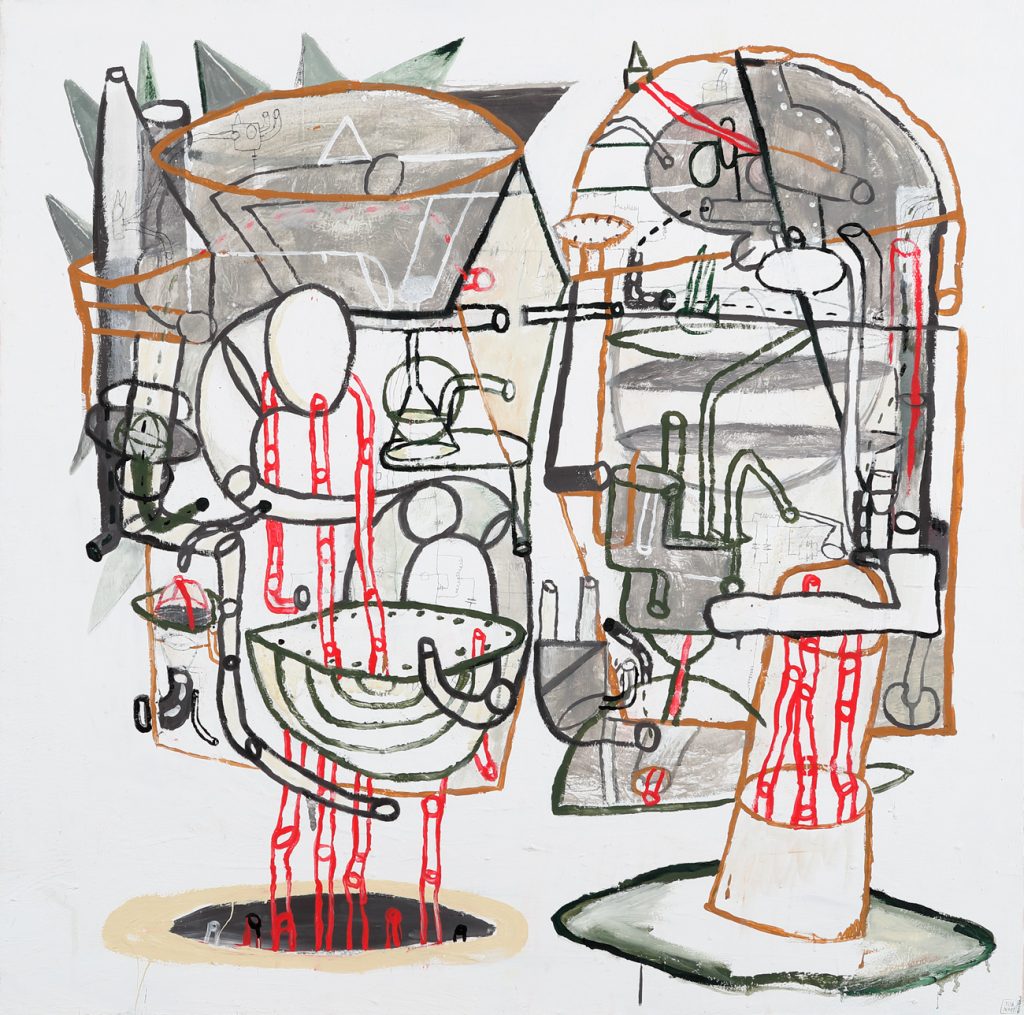