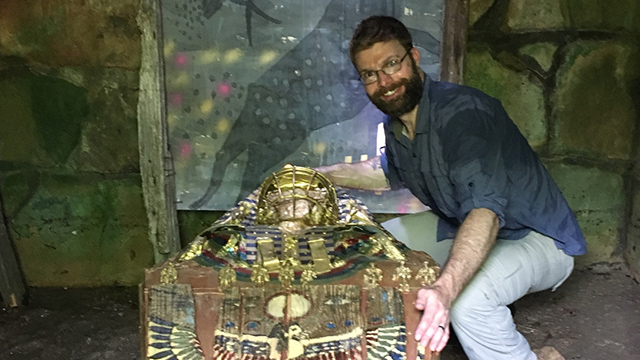 Archaeologist of an invented past, Joshua Goode creates and investigates farcical histories through artefacts, faux excavations and mockumentaries. His work blends genuine research with fiction, bringing our relationship with the past into focus and addressing questions of authenticity, relative value and personal narrative.

Goode was raised in Forth Worth and studied at the Southern Methodist University in Dallas before completing an MFA at Boston University in 2005. His personal background feeds directly into his artwork, in which objects and imagery from his childhood ranch life in Texas are reimagined as iconic ancient artefacts.

Inspired by amateur archaeologists and historical hoaxes such as the Piltdown Man, Goode invented the fictitious Aurora – Rhoman civilisation and a faux research institute, The Aurora-Rhoman Institute of Archaeology and Cultural Relics. He conducts staged excavations around the world in which, together with local communities, the artist unearths evidence of this fabricated civilisation. This archaeological performance art is also translated into film, with fake documentaries narrating his research and findings.

Goode has completed residencies in Germany, Finland and Russia, among others, and hosted solo exhibitions atinternational venues such as the Razliv Museum, St. Petersburg, (Russia), Zendai Museum of Modern Art, Shanghai, (China) and the Monchskirchein Museum, Salzwedel, (Germany). He is currently Chair of the Fine Arts Department at Tarrant County College in Fort Worth, Texas, and was awarded the Dallas Museum of Art Dozier Award in 2011. 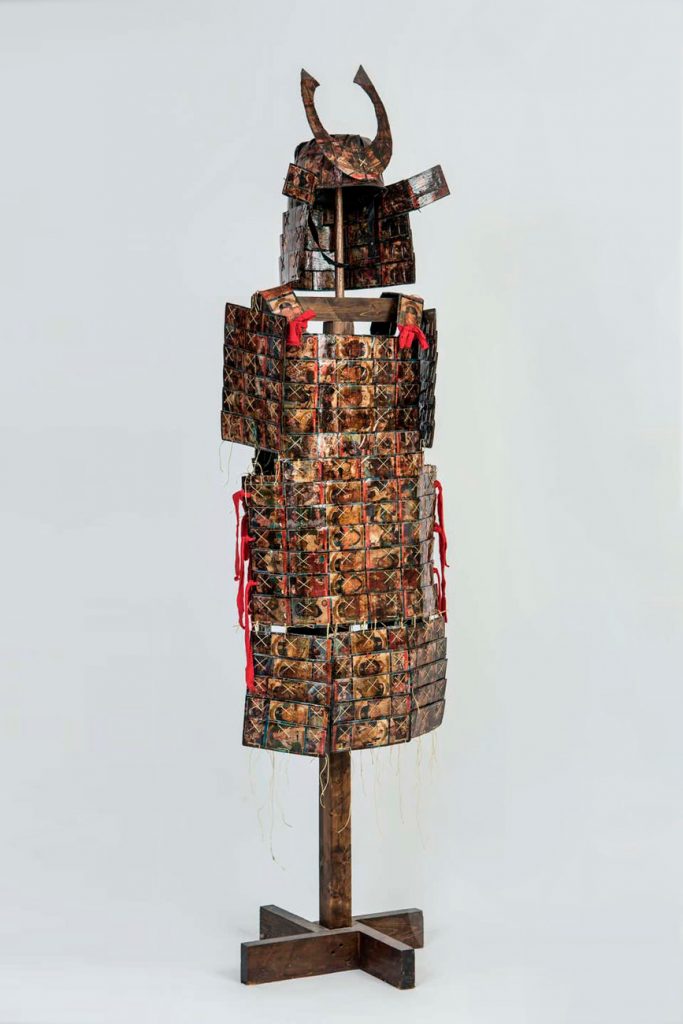