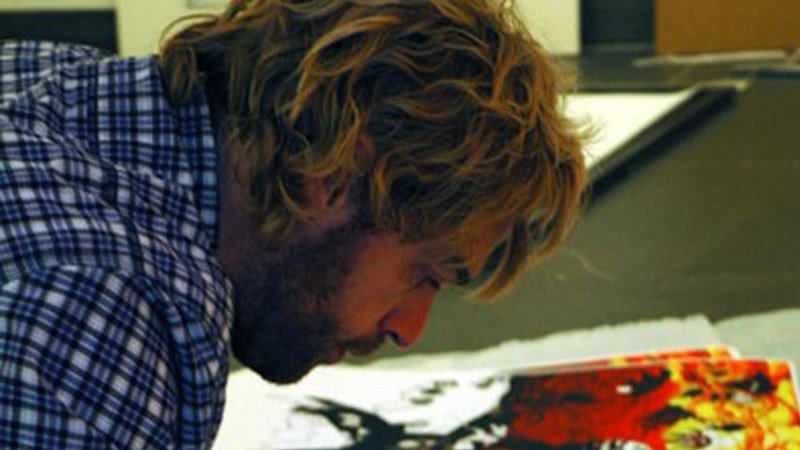 Born in Hereford, UK, Fox graduated in Fine Art Painting from the University of Brighton in 2004. A child of the 80s, he was initially attracted to Japanese and American cartoons, comics and computer games, along with hip hop and the graffiti styles that came with it. Later influences include Caravaggio, Euan Uglow, Miro and the Ukiyo-e movement.

Drawing on personal introspection, Fox juggles narrative and pictorial composition to produce vivid mindscapes, layered journeys in search of an underlying energy and balance. As the artist explains, “I guess my belief is that if you go far enough inside yourself as an individual, you reach a universal space that we all share and are connected to. I try to create my work from that space.”

Fox has participated in numerous group exhibitions, including Égrégore: The Zenith of Pop Surrealism at Yves Laroche Galerie d’Art, Montréal (2014), and has held solo shows in various cities such as Amsterdam, Copenhagen and San Francisco. 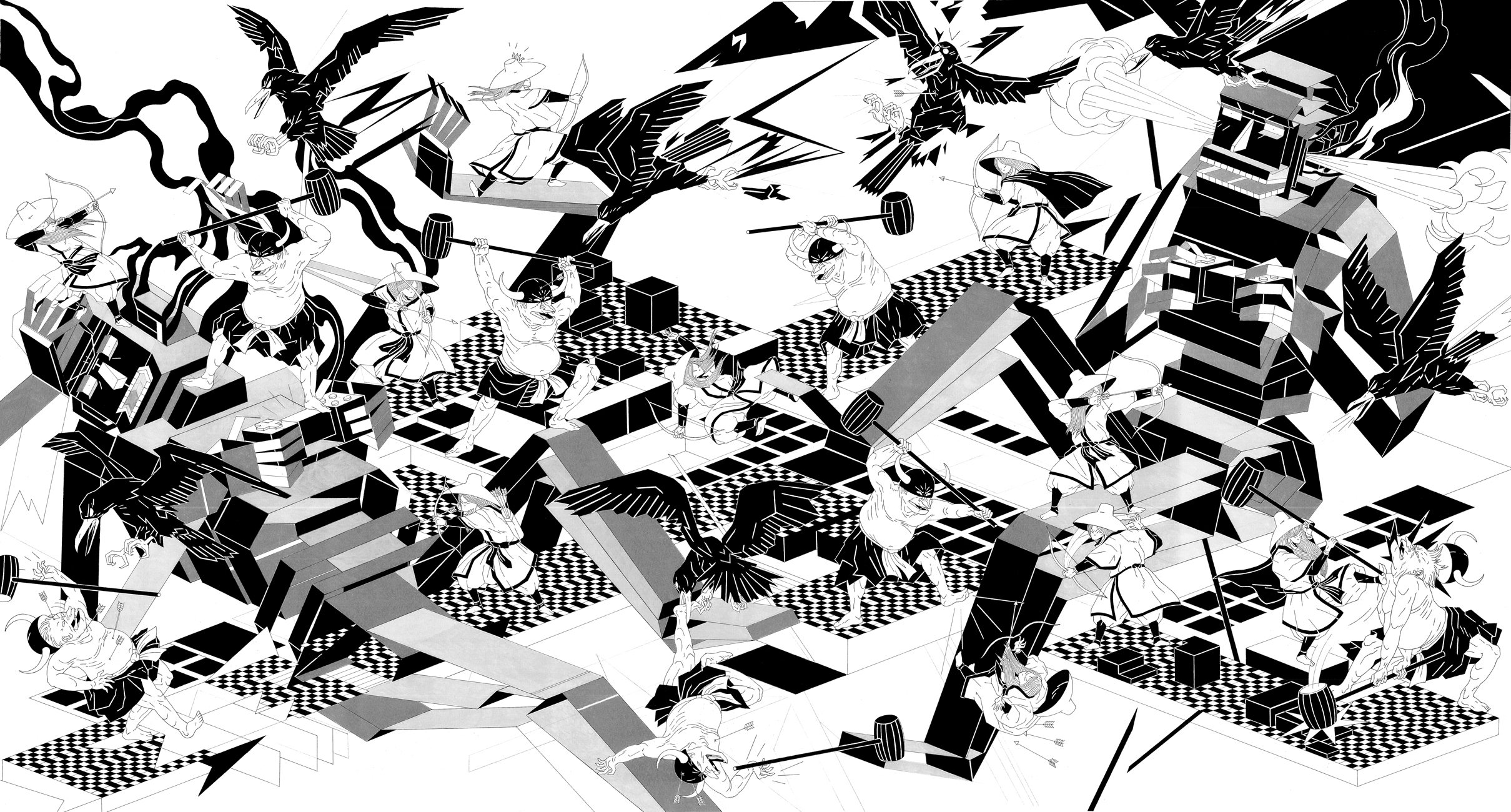 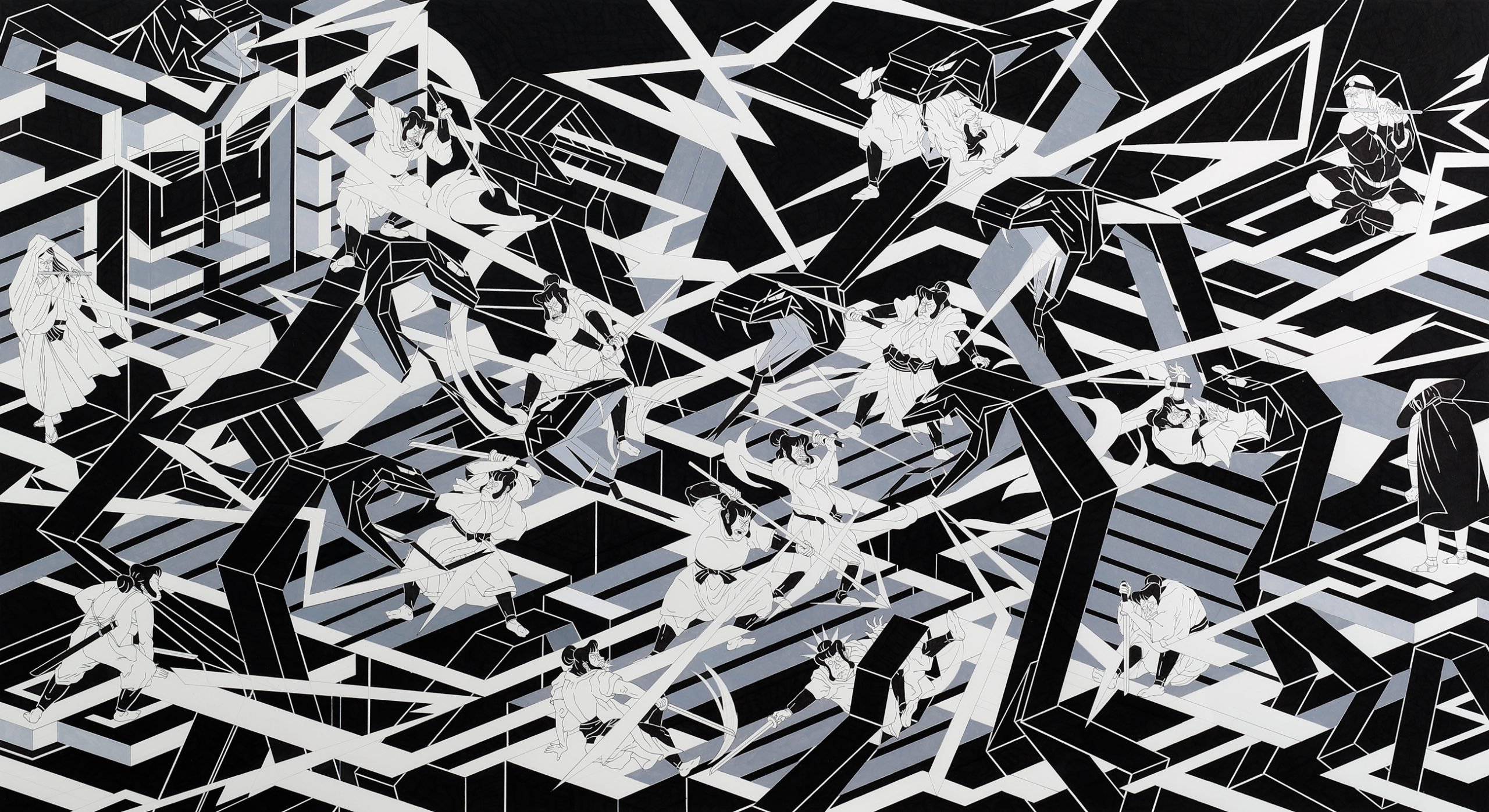 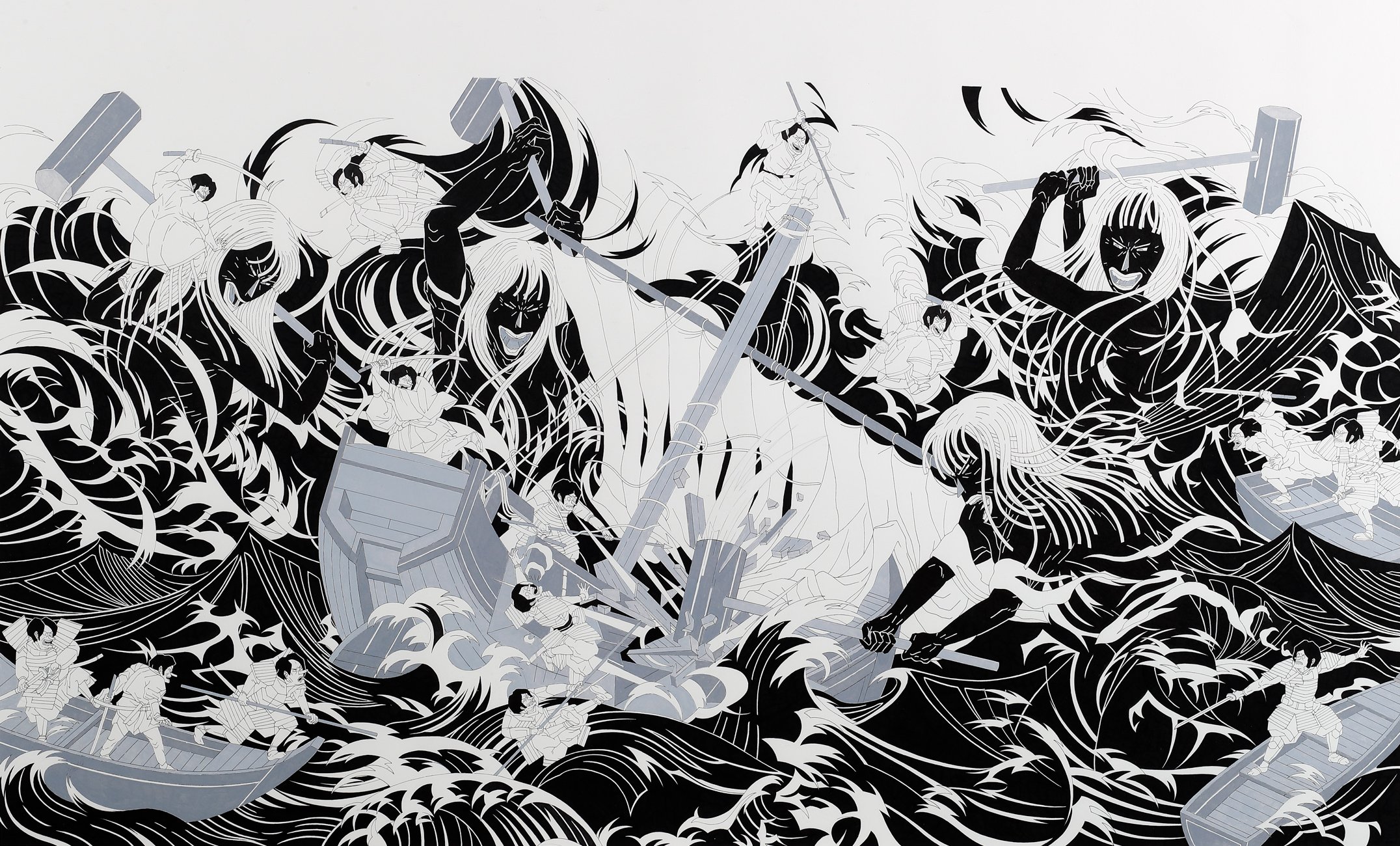 Ghost of a Liquid

When the Chips are Down 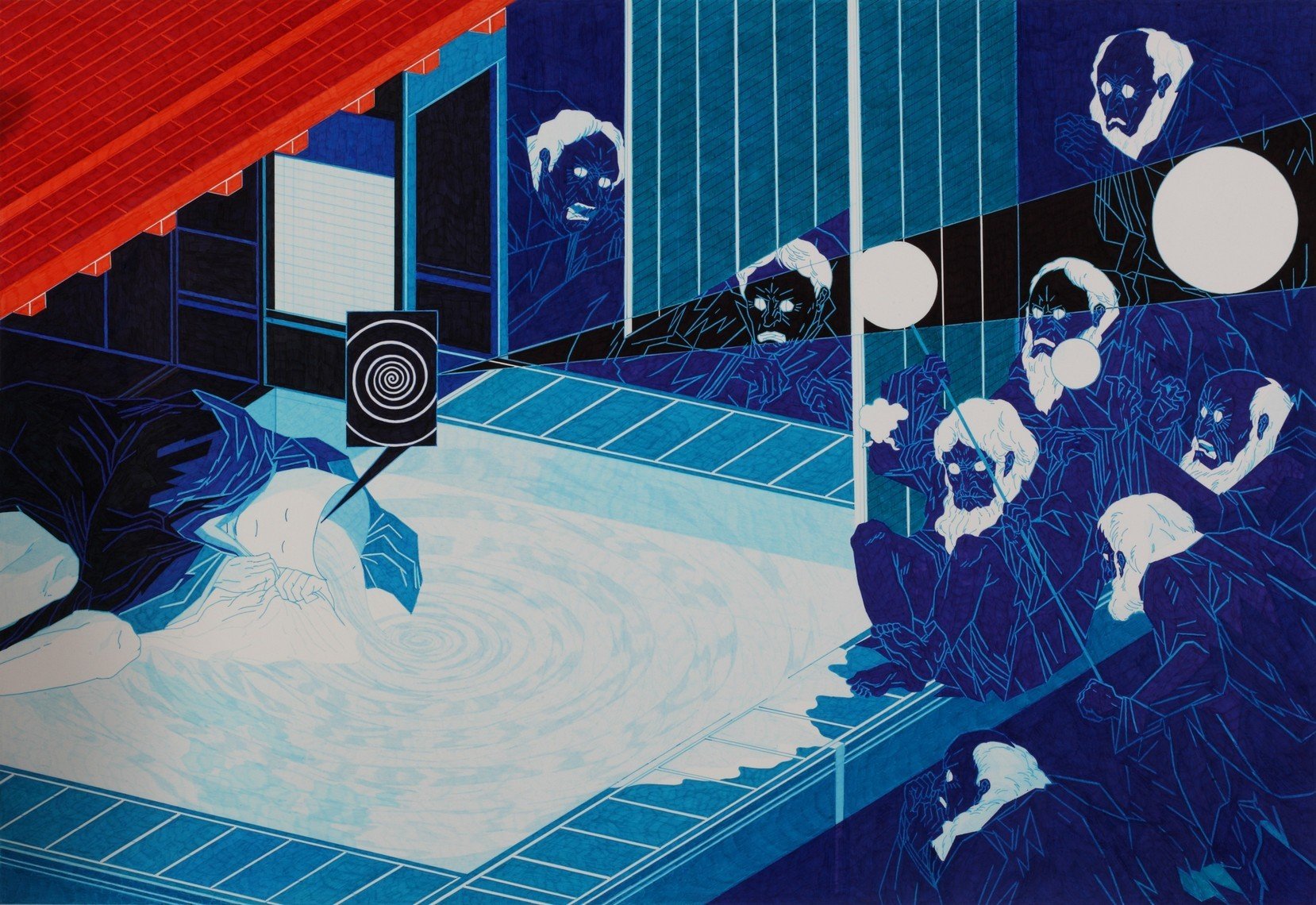 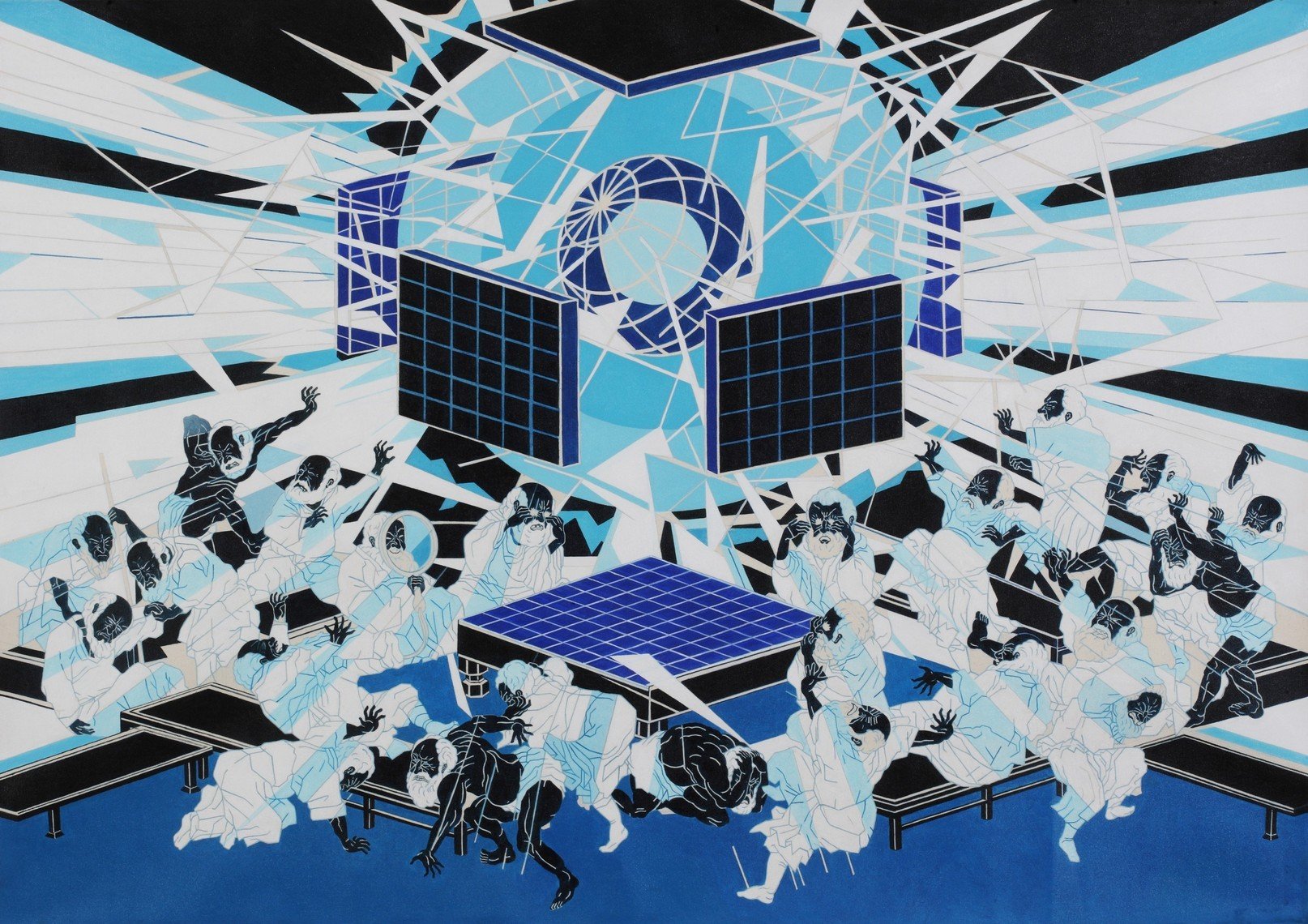