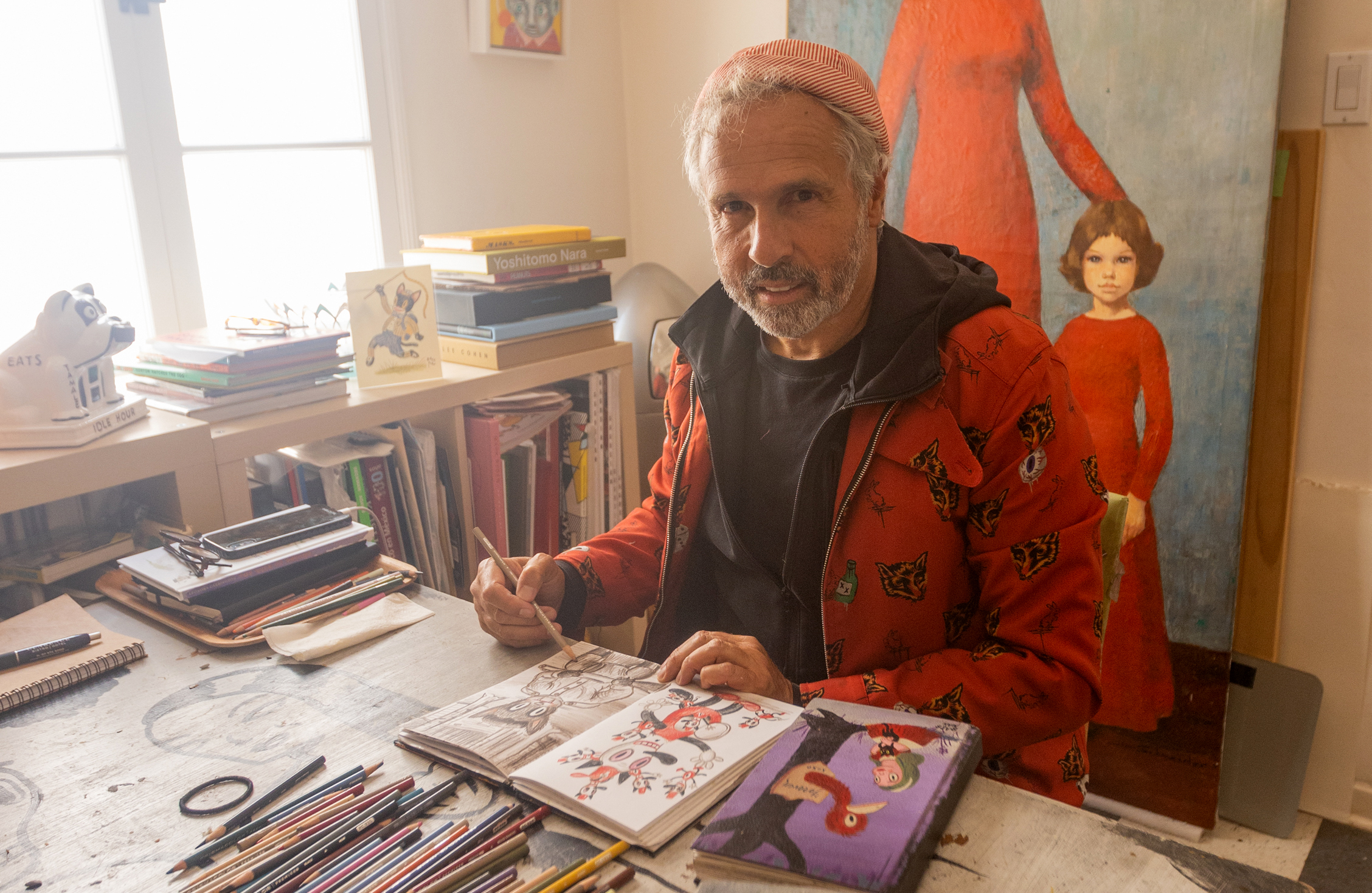 Born and raised in Los Angeles, Gary Baseman graduated in Communication from UCLA before embarking on a successful career as an illustrator. Published in Rolling Stone, The New Yorker and Time Magazine, he also produced the artwork for the best-selling board game Cranium. In 1998, Baseman created the Disney animated series Teacher’s Pet, awarded a total of four Emmys, along with a BAFTA for Best International Children’s Programme.

An eclectic array of inspiration sources – including classic cartoons from the 30s and 40s, Hieronymous Bosch, cute Japanese pop art and his own Eastern European roots – have contributed to Baseman’s style. His world is one of anthropomorphized animals and invented creatures, doll-like figures and mythical beings, dream-landscapes and the humorously perverse.

Baseman has hosted over 25 solo shows, exhibiting throughout the USA and in Brazil, Germany, Israel, Italy, New Zealand, Russia, Spain and Taiwan. The National Portrait Gallery in Washington D.C., the Museum of Modern Art in Rome, the Laguna Art Museum and Los Angeles County Museum of Art in California feature his work in their permanent collections, while his retrospective The Door is Always Open toured museum venues in the United States, Shanghai and Taipei.

Baseman’s artistic output blurs the lines between fine arts and commercial production, an all-encompassing genre he defines as “pervasive art.” From paintings to animated film, toys through to performance, Baseman’s focus is on the concept behind the artwork rather than the medium itself: “As long as you stay true to your aesthetic, and have a strong message, you can put your art on anything.” 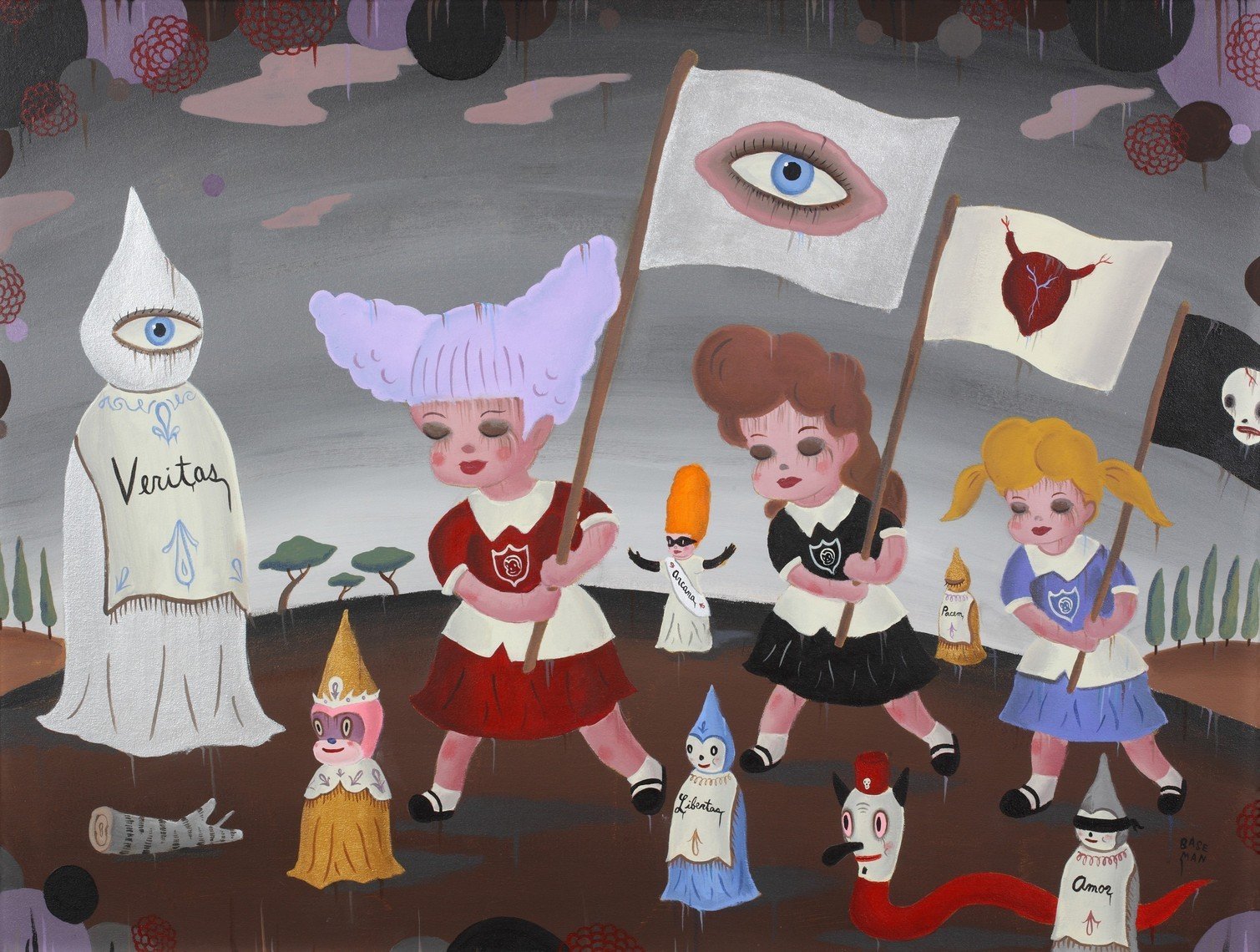 The Surrender of Ruth 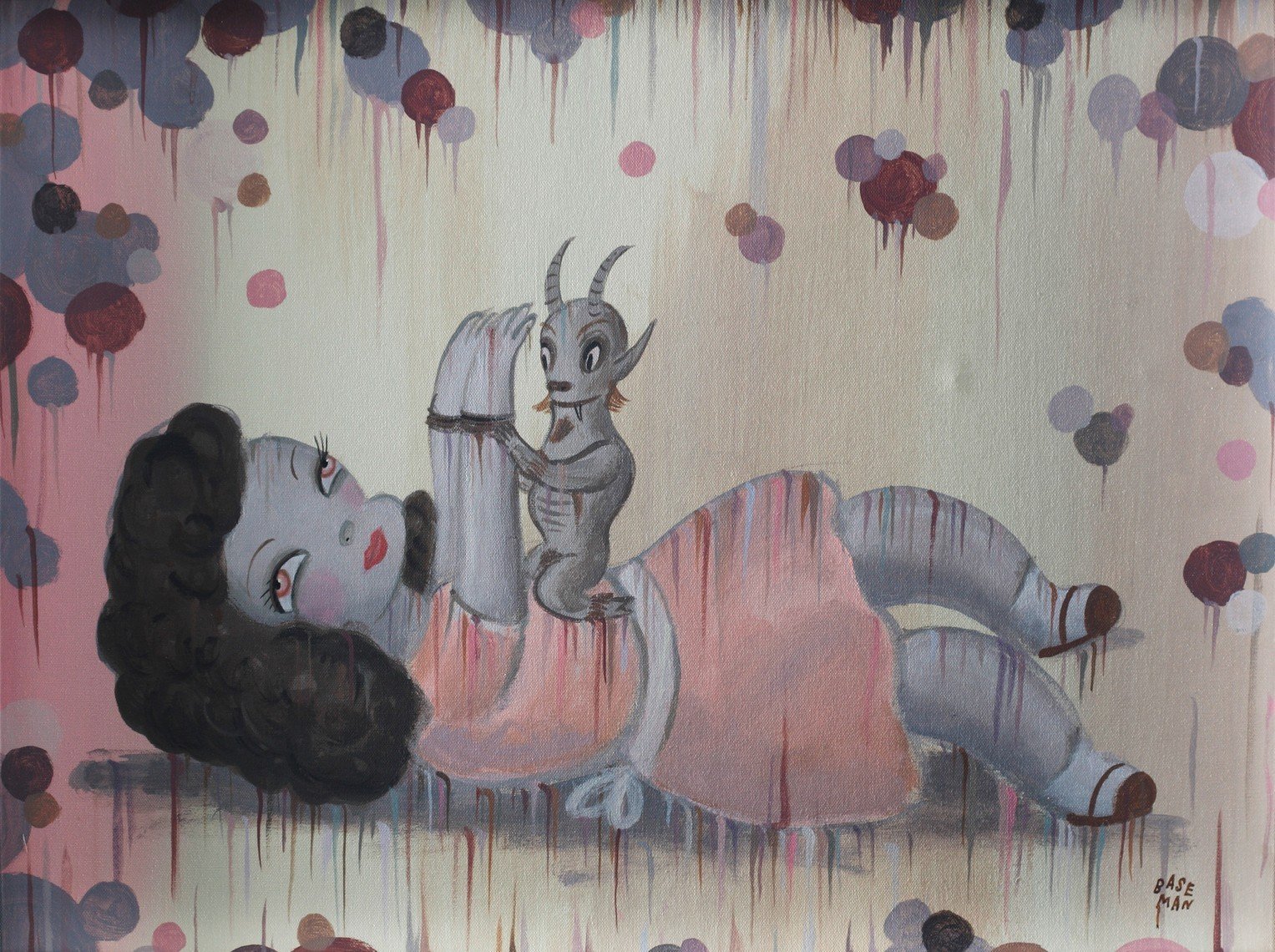 I am your Piñata 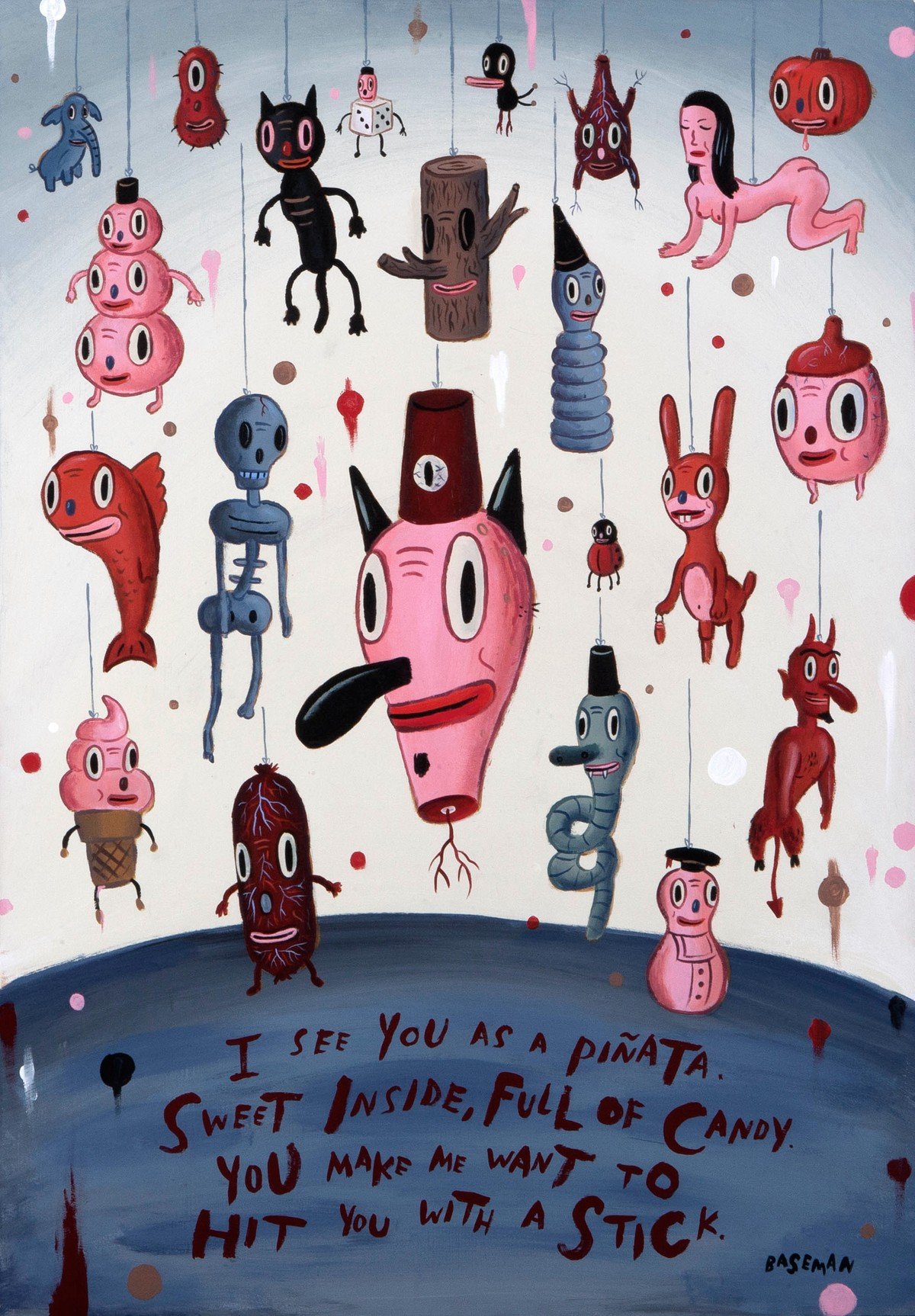