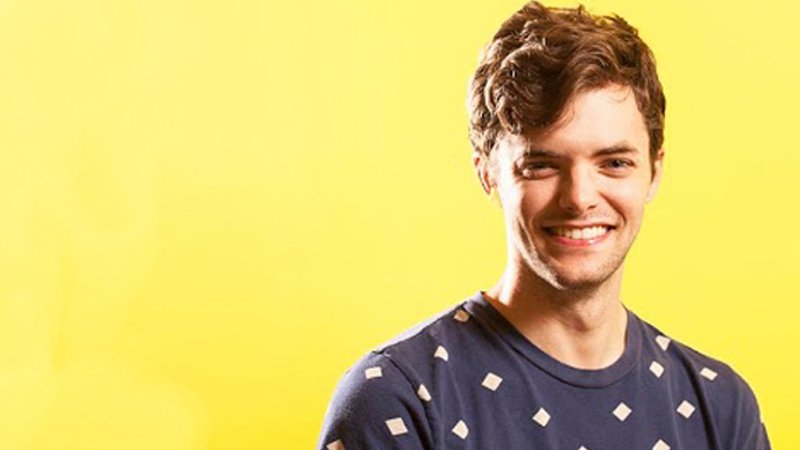 Raised in Western Maryland, where he currently lives and works, Immer received his BFA in illustration from Rhode Island School of Design in 2008. Though initially drawn to commercial illustration, Immer soon found an outlet for his happily macabre creations in the fine arts world. He has held solo exhibitions in New York, Seattle and Los Angeles, and his work has featured in numerous group shows in the USA and Europe, including Suggestivism Rome (2013) curated by Nathan Spoor.

Immer draws on a range of influences including horror films, cartoons, video games and anatomy books to produce juicy, dissected figures and acutely gory scenes that are both humorous and unsettling. As the artist explains, “It’s like candy coated extreme violence with a dash of the circus. Looks tasty but you hesitate to lick it.” 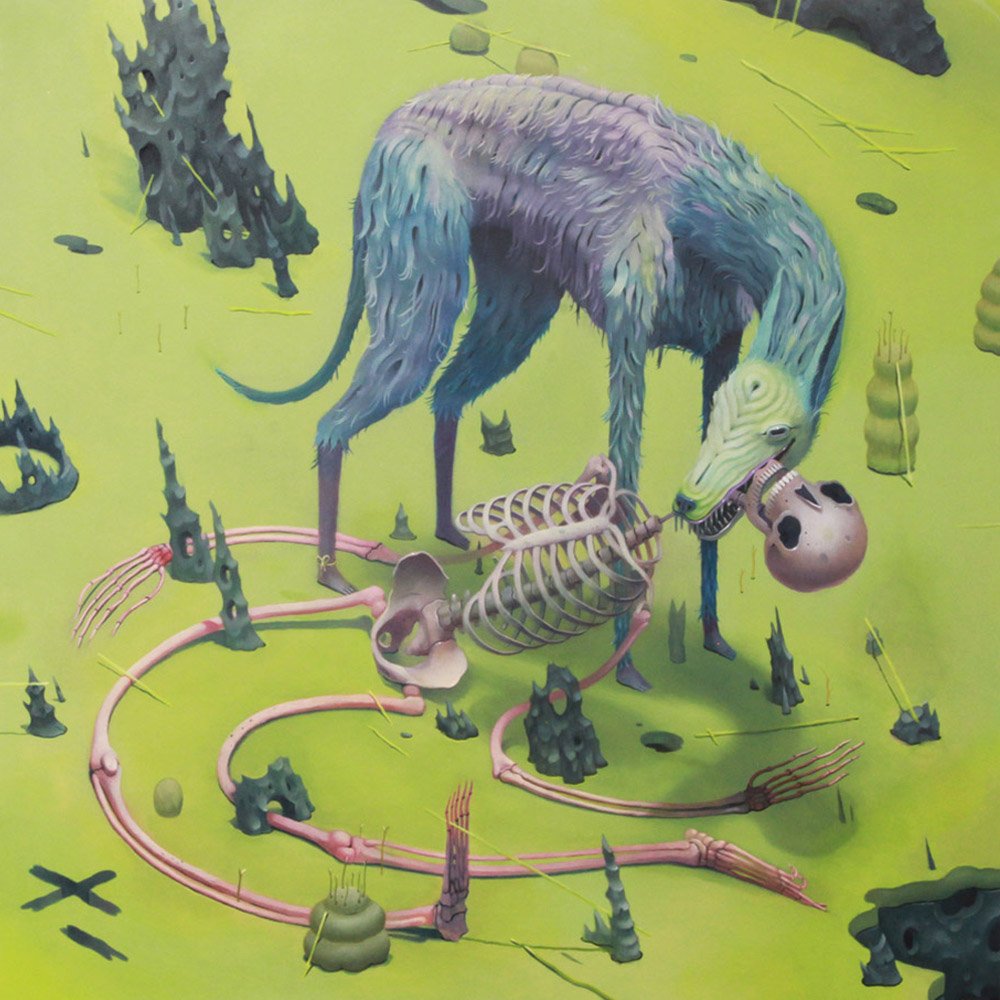 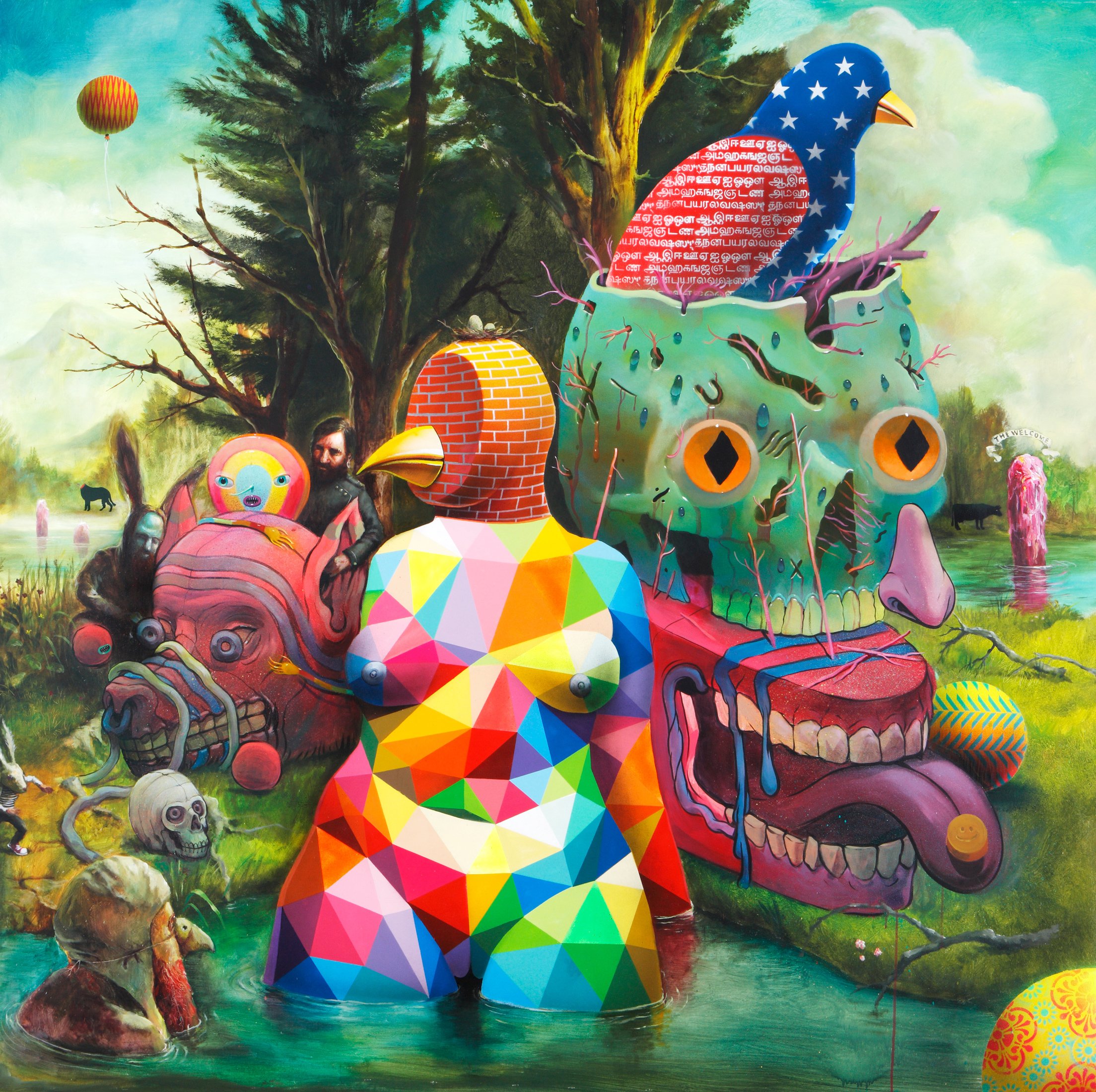 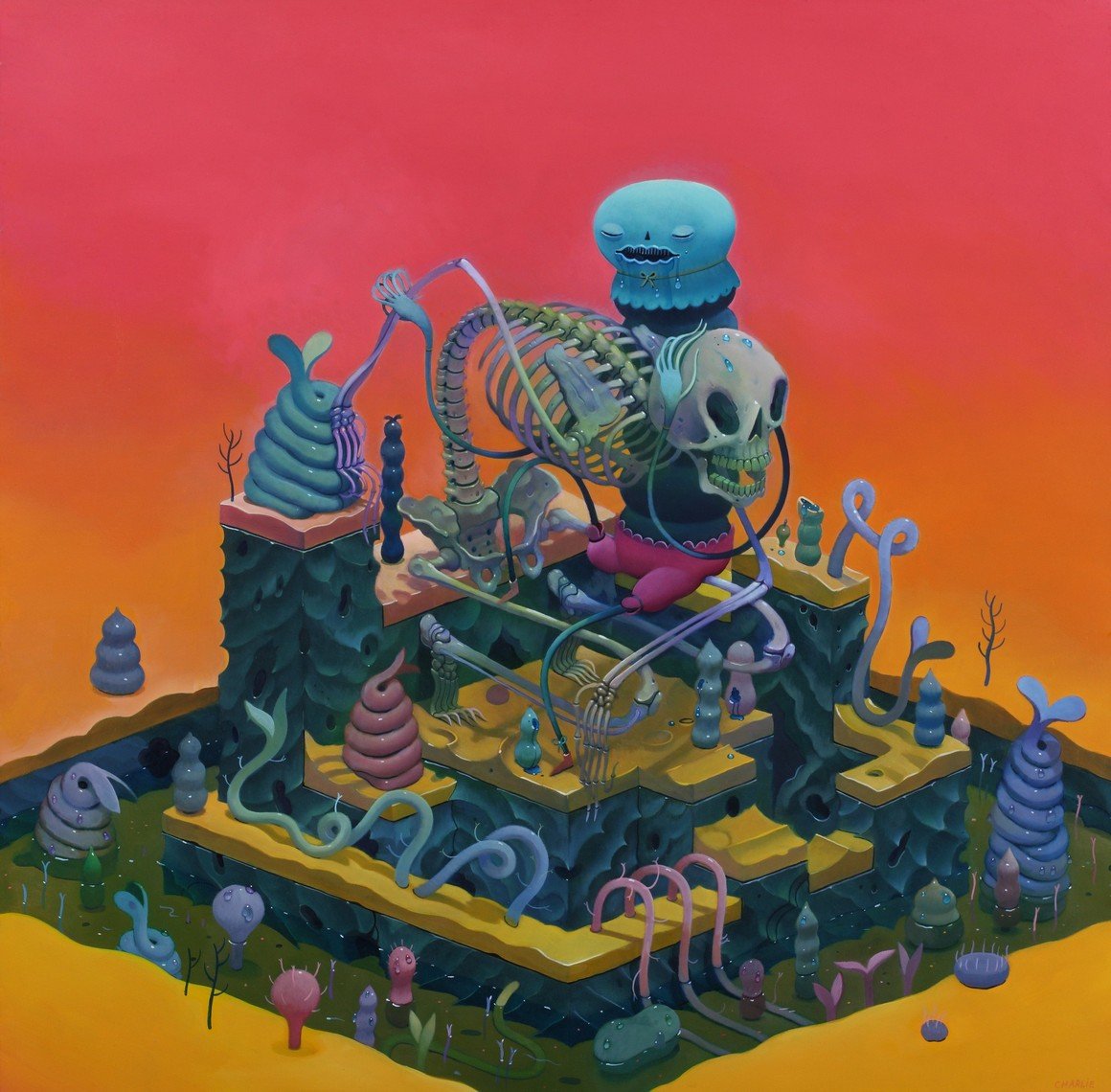 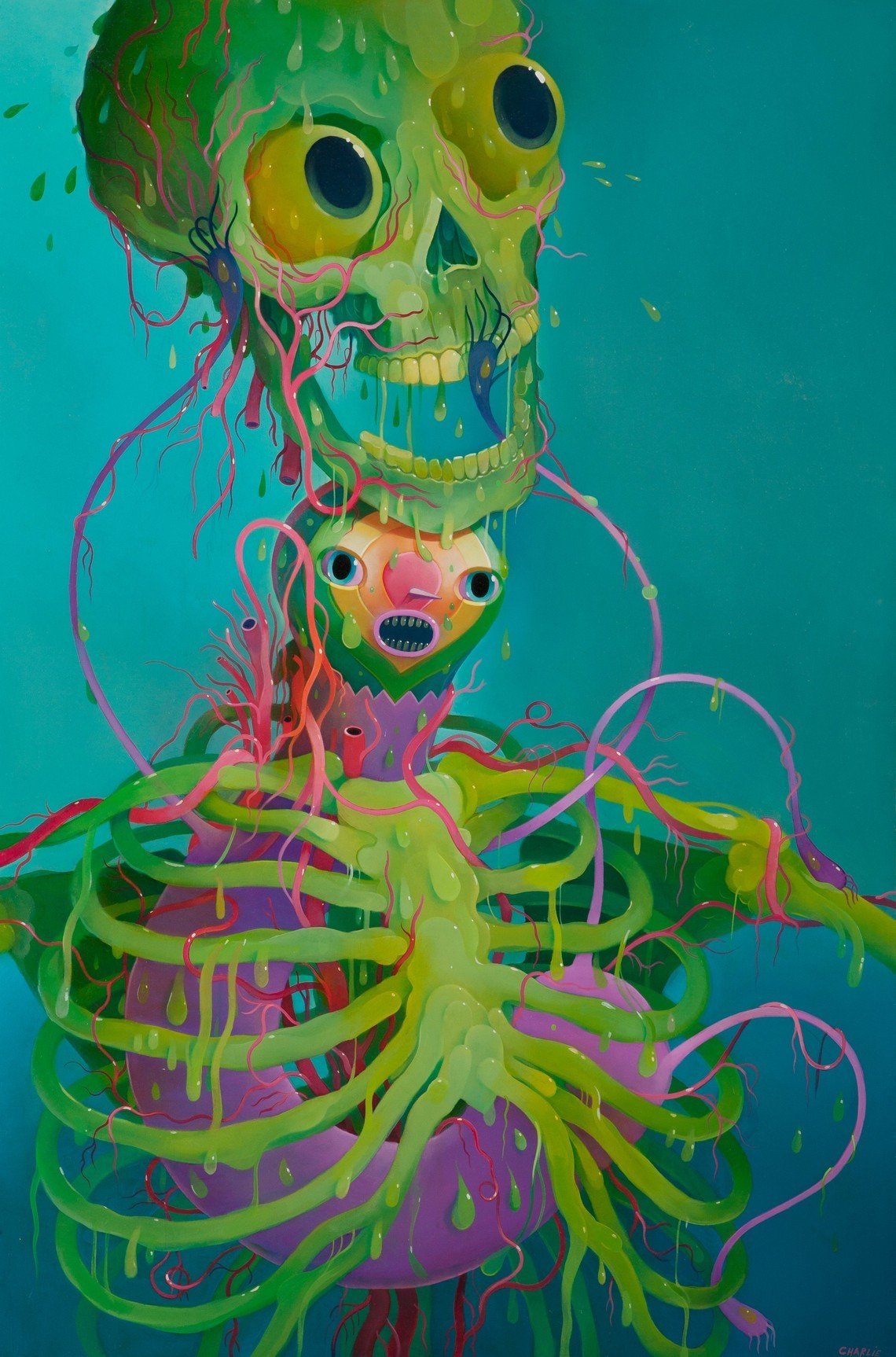