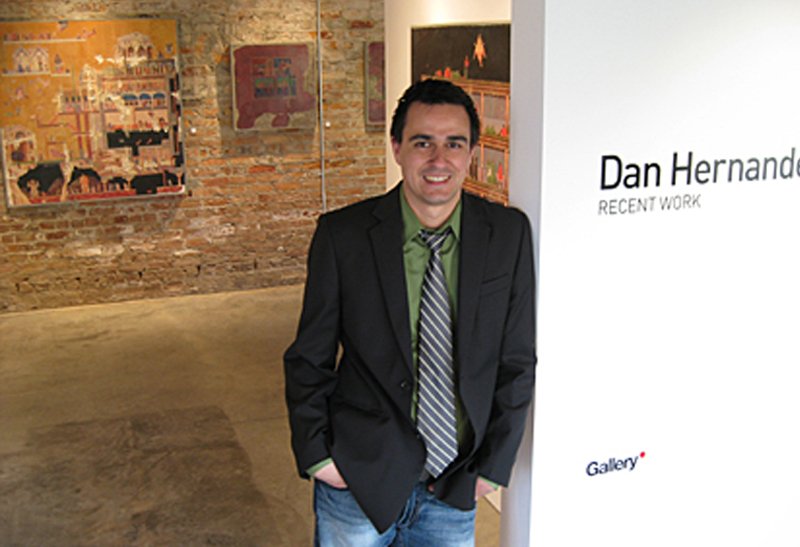 Born in San Diego, California, Hernandez received his BFA from Northwest Missouri State and MFA from American University, Washington. He is currently an Assistant Professor at the University of Toledo Art Department.

Hernandez’s mixed-media creations draw on imagery reminiscent of Fra Angelico, Duccio and Hieronymus Bosch, combined with old-school video games such as Space Invaders, Street Fighter 2 or the SEGA console, Genesis. This witty juxtaposition of historical and contemporary sources calls into question our notions of age, value or the religious quest itself. As the artist explains, “My works are the possibilities, the ‘what ifs’, the maybes; they are fictions and inventions.”

Solo exhibitions of Hernandez’s work have been held in Ohio, Michigan, Arkansas and New York, while his pieces have featured in group shows in Italy, UK and across the USA. Hernandez received the Bellinger Award at the Chautauqua Annual Exhibition of Contemporary Art in 2010 and 2013, and was selected for an Ohio Arts Council Individual Excellency Award in 2011. 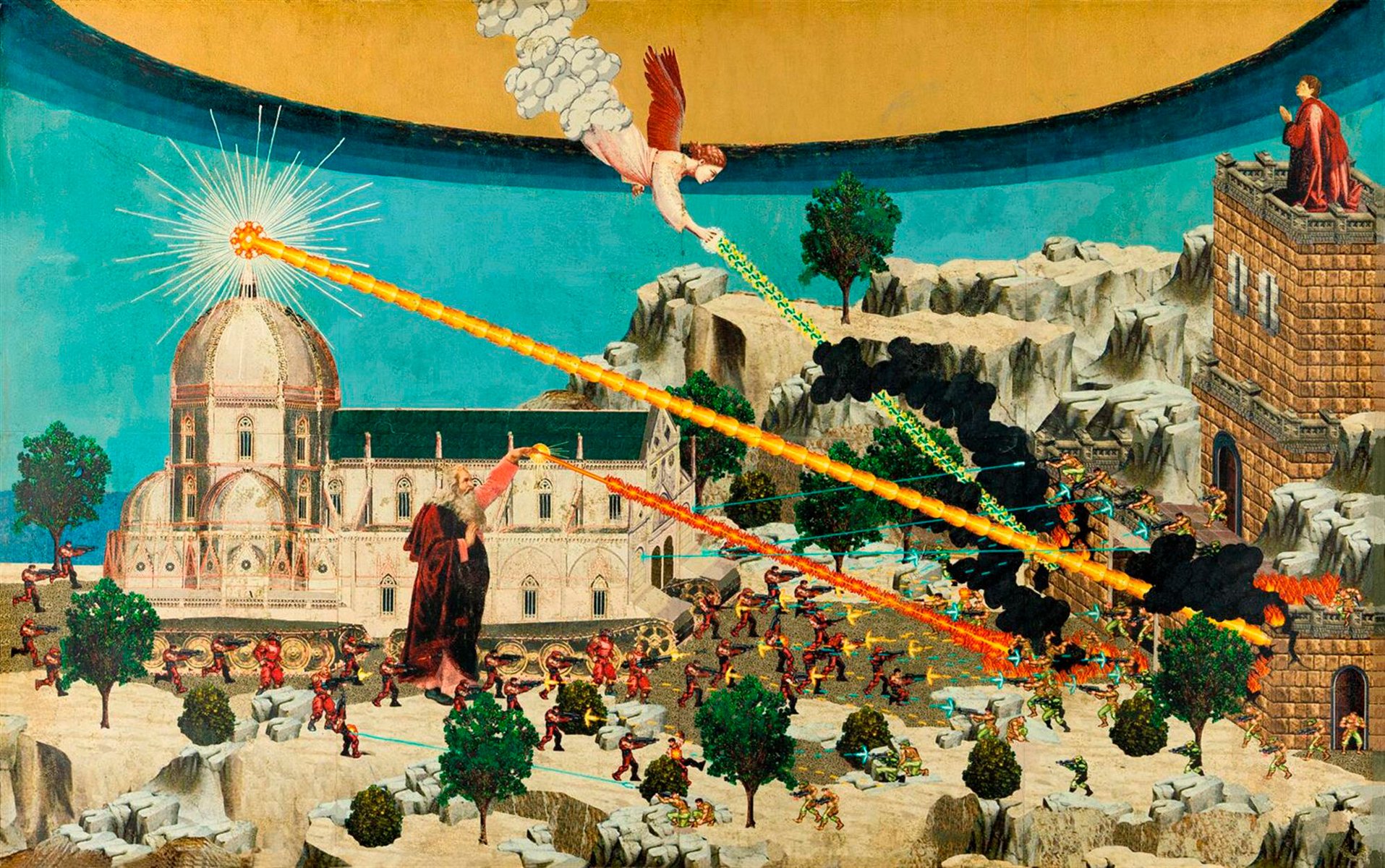 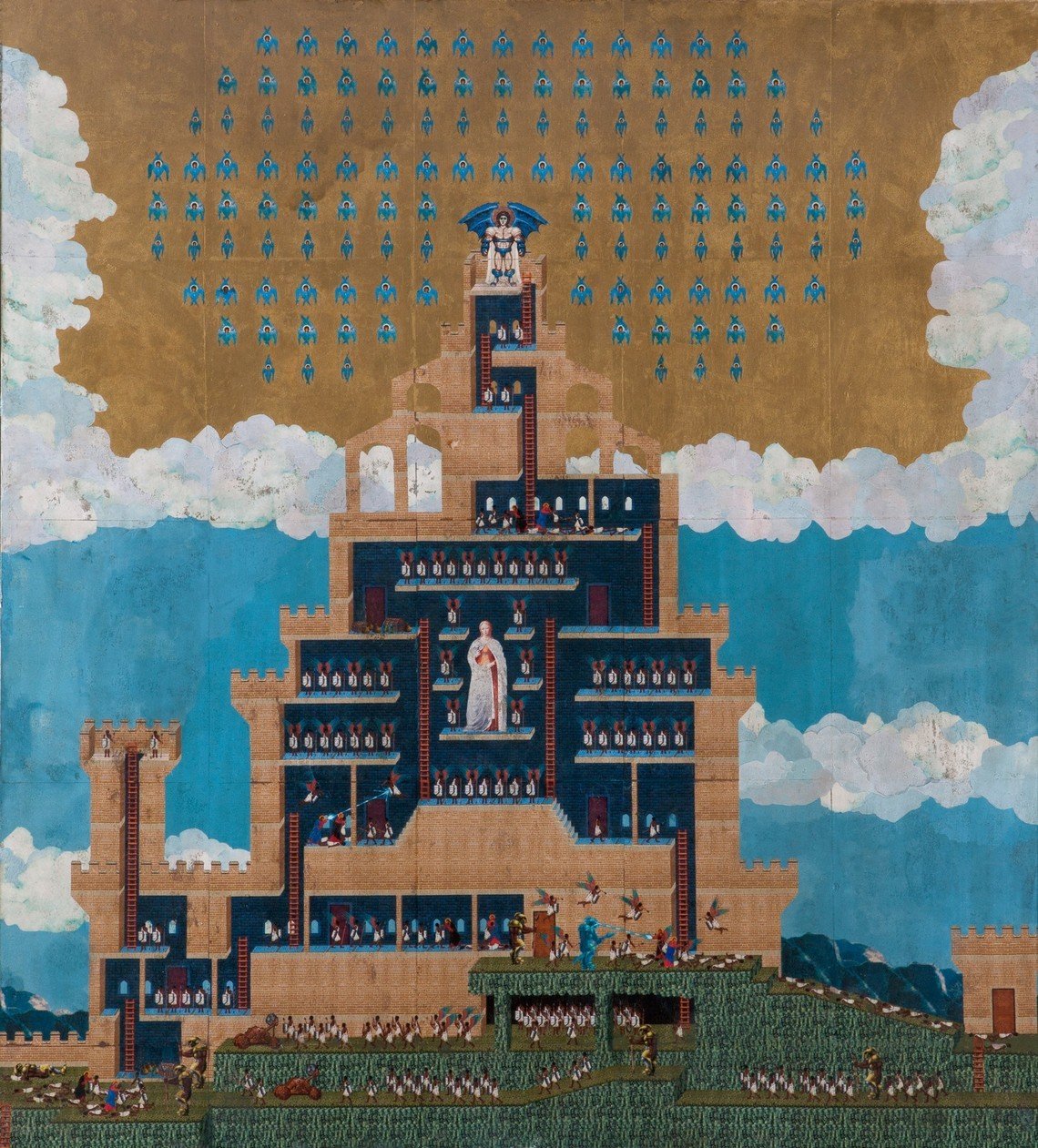 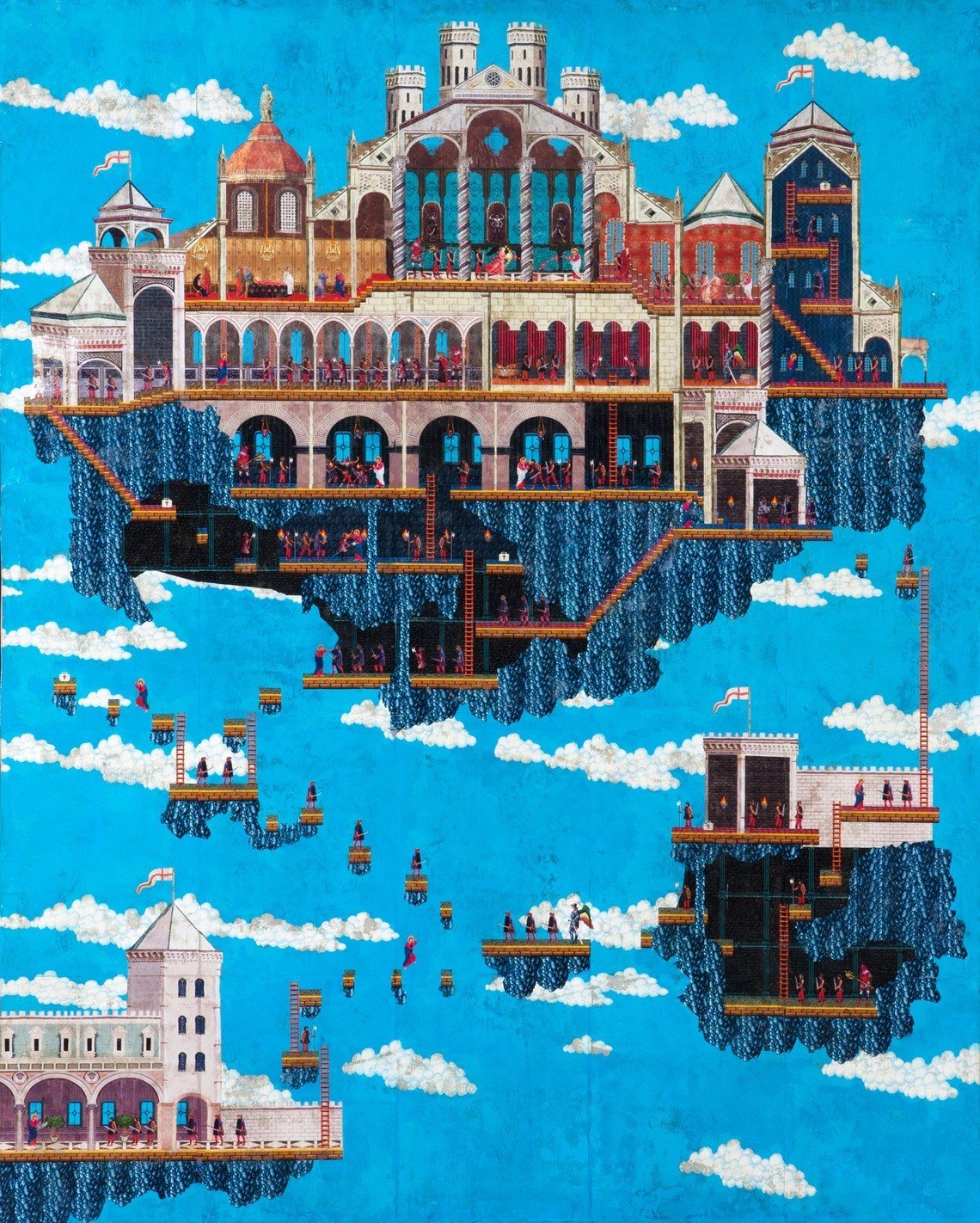