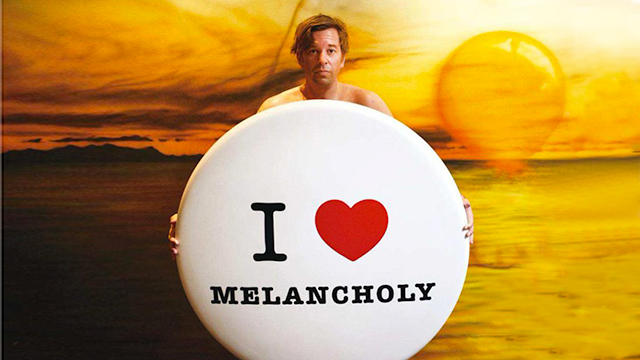 Los Angeles-based artist Freidrich Kunath has described himself as a tennis ball, continuously bouncing between happy and sad, silly and serious. These ups and downs of human experience are reflected in his artwork; his paintings and installations tackle heavyweight emotions such as love, longing and despair with a sublime mix of humorous sarcasm and revisited cliché.

Kunath was born in East Germany, then moved with his family to Braunschweig, West Germany, in 1985. He studied at the Braunschweig University of Arts, where he found an inspiring mentor in the artist Walter Dahn, a protégé of Joseph Beuys. Music was always crucial to Kunath, who  views his visual practice “as a kind of shorthand for music” and often references or incorporates song titles or lyrics into his artwork.

Disparate influences from art history and popular culture come together in Kunath’s paintings. His landscapes recall 19th century romanticism, northern Baroque and cheesy picture postcards, while the glitzy stereotypes of his adopted city, Los Angeles, also feed into his work. His palette incorporates bold colour and textural contrast, with thick oil impasto set against thin washes of watercolour. Visual tropes such as sunsets, rainbows or silhouetted figures are reinvented with dark wit, offset with text or surprising cartoon imagery.

Kunath’s work has been shown worldwide. He has hosted solo exhibitions at the Hammer Museum Los Angeles, Kunsthalle Baden Baden and Aspen Art Museum, among others, and has participated in group shows at prestigious venues including Palazzo Grassi in Venice,

I’ll Try To Be More Romantic 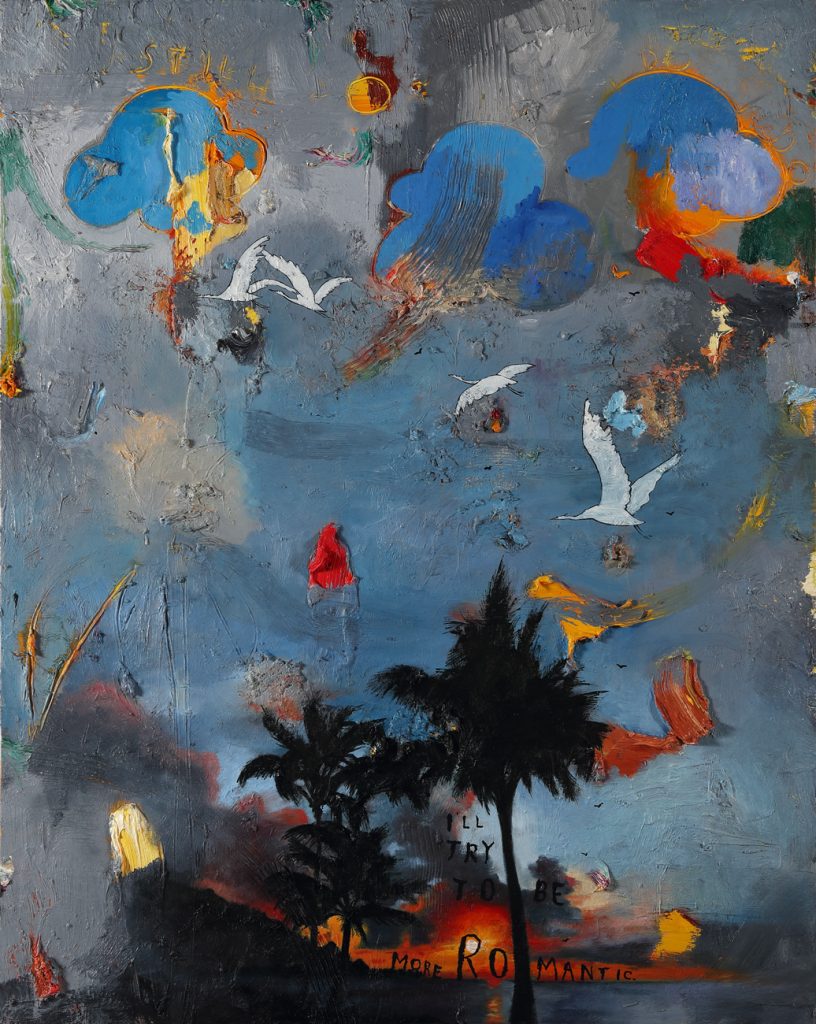