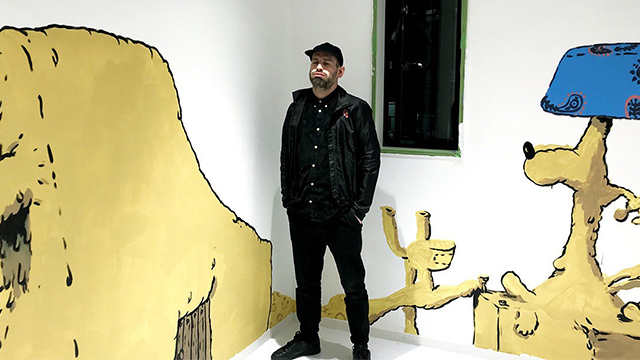 A self-taught artist, Sparkes initially worked on small scale computer montages, assembling scanned biro drawings and photos. By the early 2000s, his art moved outdoors. Under the pseudonym, Müdwig, Sparkes gained a reputation in the UK graffiti and street art scene and his

altered billboards around Bristol came to be known as ‘Mudverts.’ Walls and billboards created or intervened by Sparkes can be found in Berlin, Bristol, Paris and Katowice, among others.

In his studio-based artwork, Sparkes populates found photographs, drawings and paintings with a cast of recurring motifs including elongated cigarettes, cuts of meat and dogs. Realistic depictions of mammals or plants are chopped in half to reveal comic landscapes of surreal figures and greyish tones. Nostalgic images from sources including old cookery books, pet care manuals and 1970s National Geographic magazines are reinvented with comic additions while Philip Guston provides the inspiration for cartoonish forms rendered in oil.

Sparkes has created artwork for brands such as Givenchy, Nike and Warp Records and was nominated for the Jerwood Drawing Prize in 2010. He has hosted solo exhibitions in London, Tokyo and New York, among others, and his work has been shown at venues including the Royal West of England Academy, Somerset House London, and the Bundeskunsthalle in Bonn. 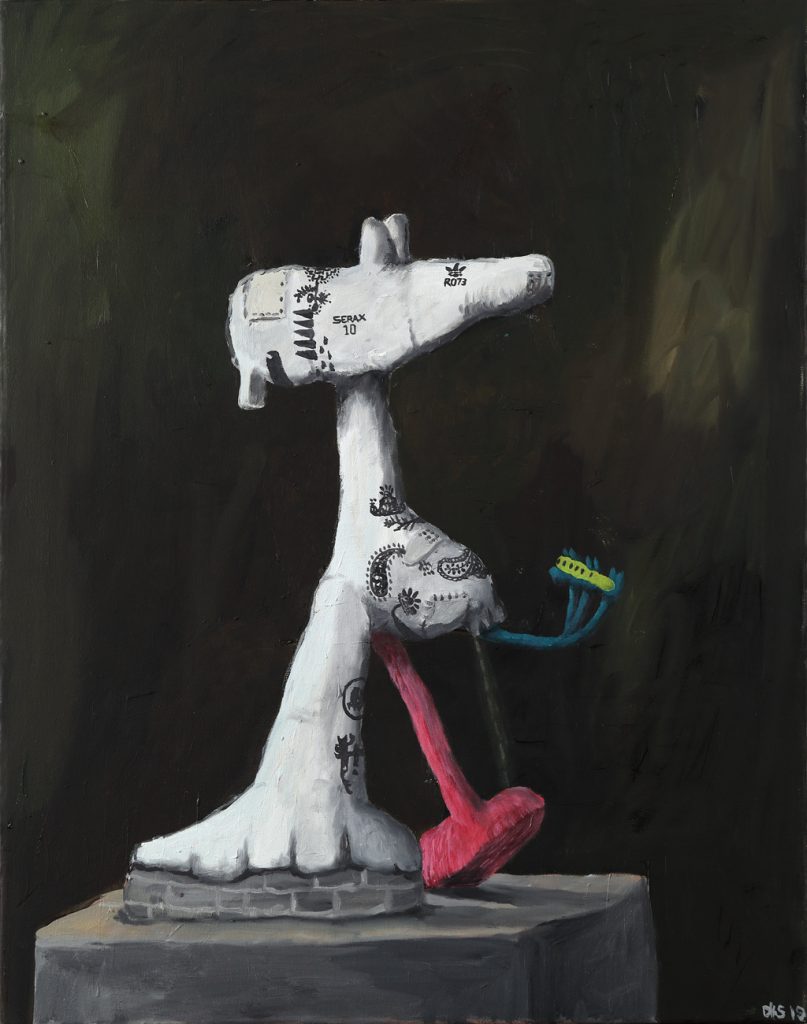