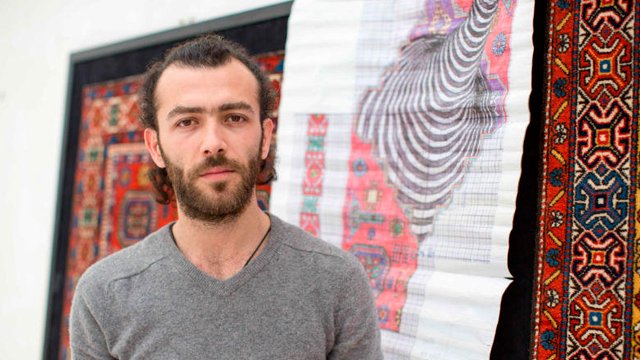 For textile artist Faig Ahmed, the classical Azerbaijani carpet is a means of expression. Fabric patterns have a universal quality, communicating messages through generations and across cultures. As the artist explains, “I consider them words and phrases that can be read and translated into a language we understand.”

The Azerbaijani carpet is a repository of cultural identity, recognised in 2010 as Intangible World Heritage by UNESCO. As Ahmed explains, “That’s why I like carpets, because every knot, every dot in the pattern has human concentration, human energy.” Born in Sumqayit, the artist graduated from the Azerbaijan State Academy of Fine Art in 2004, specialising in sculpture. Although his work encompasses drawing, video and installation, carpets are his preferred visual language.

Ahmed remakes his carpet designs digitally, then transfers the patterns into traditional materials. “By using the modern pixel on the old carpet, we hear the voices of past times,” he says. Genetic research, quantum physics, Sufism and Azeri identity all feed into his works, tactile meeting places of past and present, chaos and calm.

Faig Ahmed represented Azerbaijan at the Venice Biennale in 2007 and has exhibited worldwide, including group and solo shows in New York, Paris, Berlin, Dubai, Moscow and UAE. In 2013 he was nominated for the Jameel Prize 3 at the Victoria and Albert Museum, London, and in 2016 held his first individual museum presentation at The Museum of Contemporary Art in Rome. During 2019 Faig Ahmed was Artist in Residence at the Shangri La Museum of Islamic Art, Culture and Design, Hawaii. 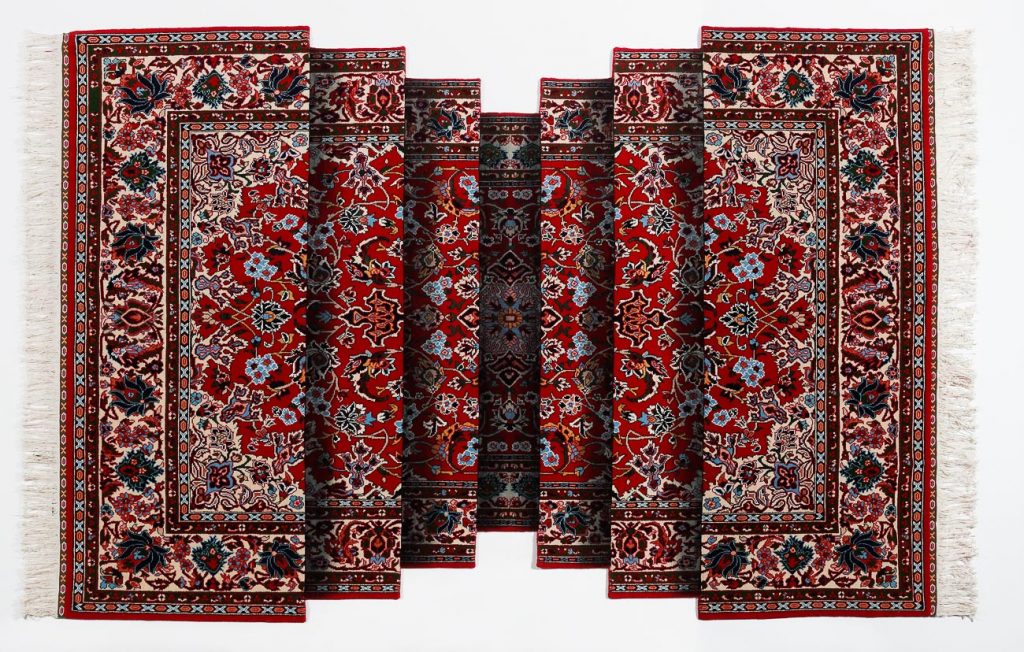