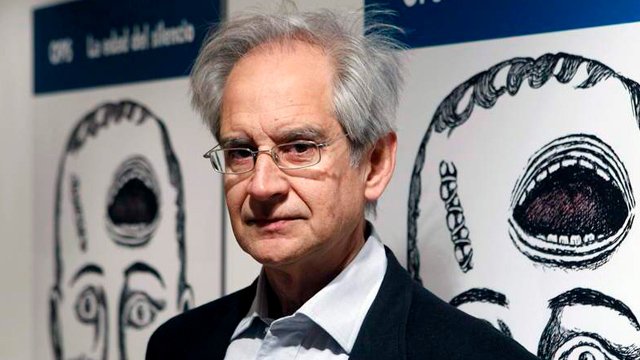 The cartoonist and painter, El Roto (Andrés Rabago García), is a household name in Spain, his satirical creations appearing on a daily basis in the national broadsheet,El País. Visually austere, tirelessly observant and masterful in his choice of words, El Roto, according to the writer Antonio Muñoz Molina is “a sniper who fires a single shot every day and always hits the target.”

Born in Madrid in 1947, Rabago first worked under the pseudonym OPS, contributing during the 70s and 80s to numerous publications including Hermano Lobo, La Codorniz, Triunfo and Madriz. El Roto emerged in the 90s, replacing the Dada-inspired drawings of OPS with satirical cartoons which have been published in Spanish newspapers including Diario16, El Independiente and El Periódico, as well as El País.

Since the early 1990s, El Roto has participated in numerous group shows, including at the Centre George Pompidou, Paris; Wilhem-Bush Museum, Hannover and the Hispanic Institute in New York. He has hosted more than 60 solo shows across the Spain and further afield, at venues such as the Centro de Arte Contemporáneo in Málaga, Musèe des Beaux-Arts in Orleans, and the Lincoln Center, New York. El Roto received Spain’s National Award for Illustration in 2012 and a Gold Medal for Merit in Fine Arts in 2017. 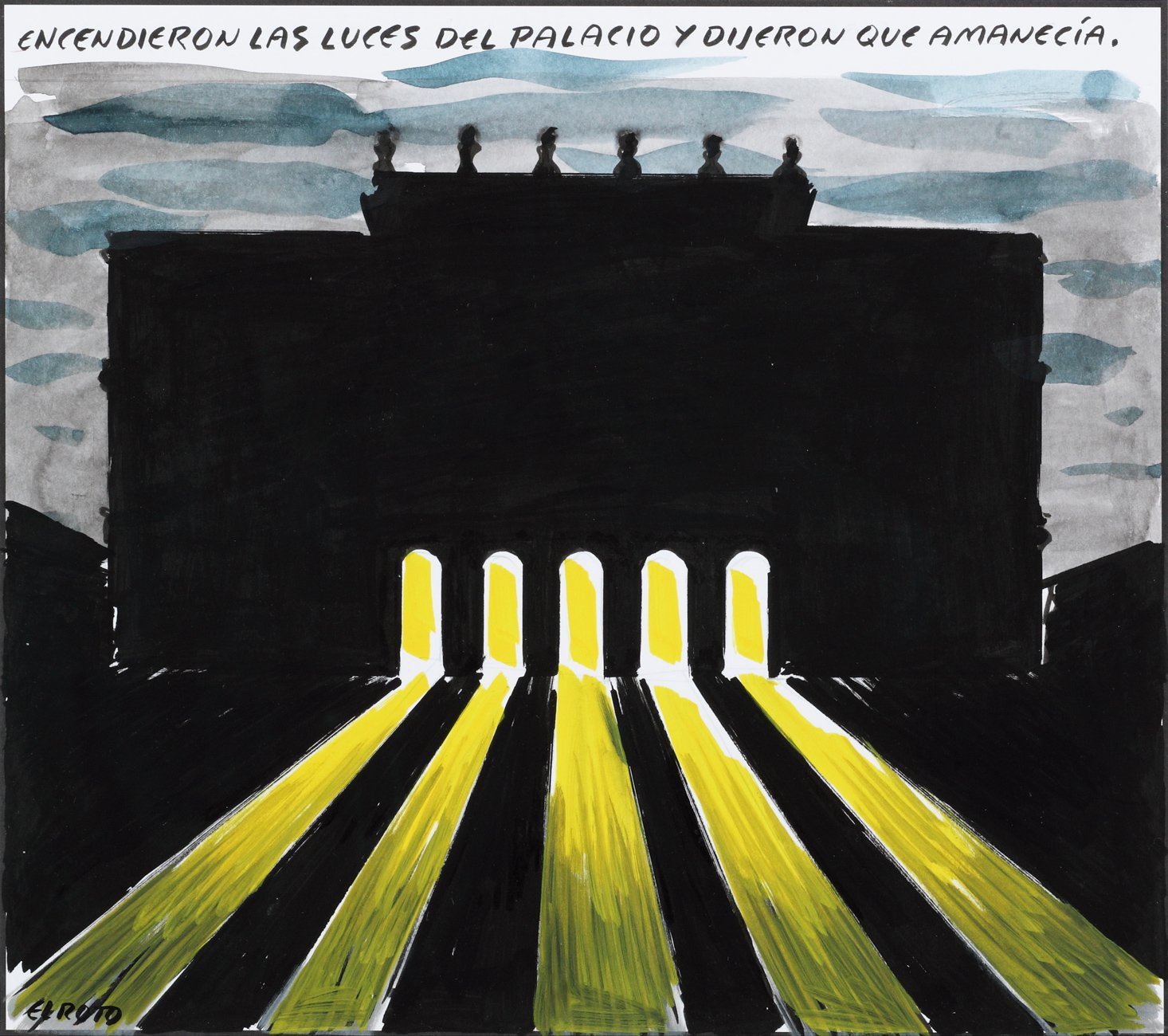 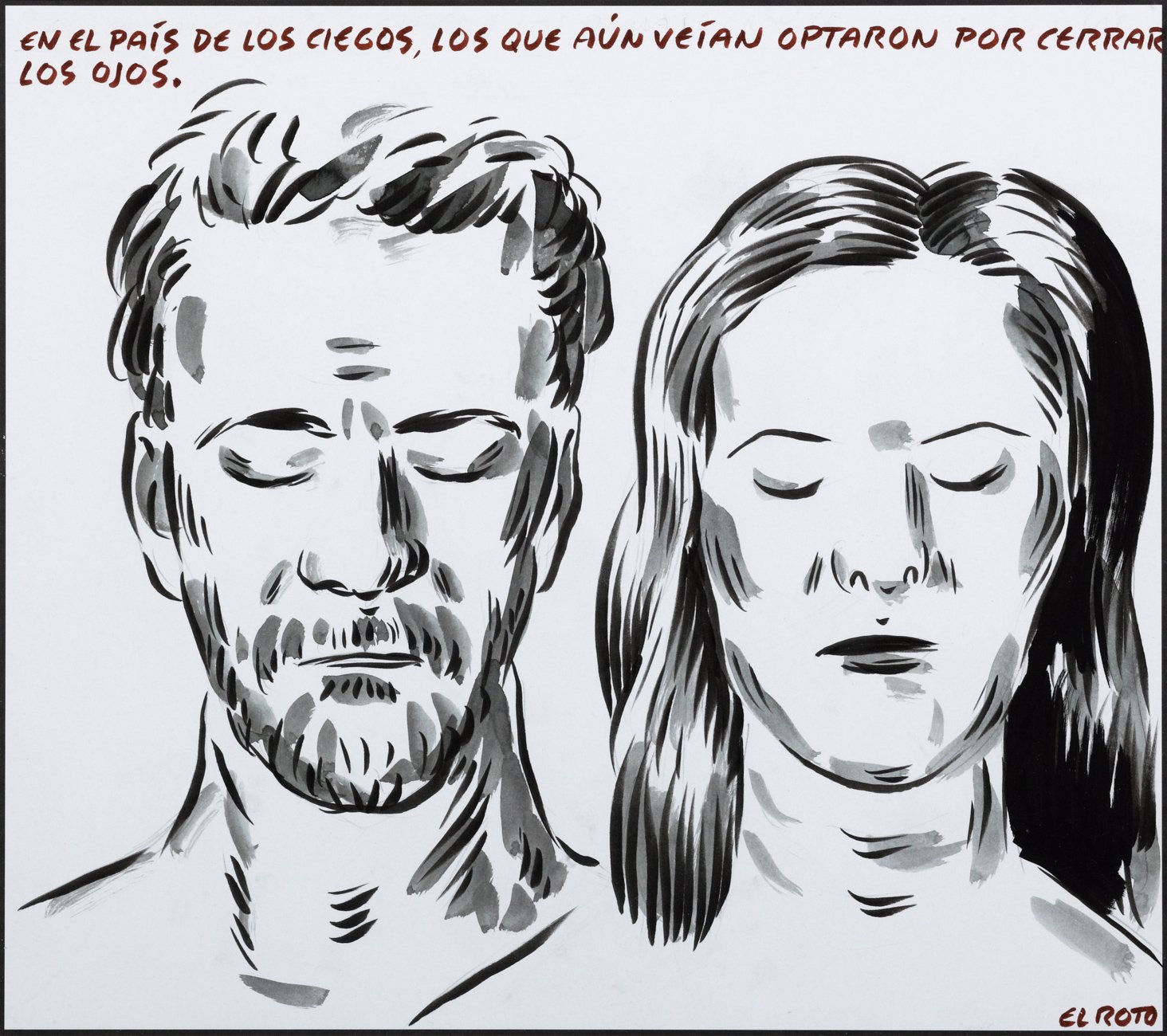 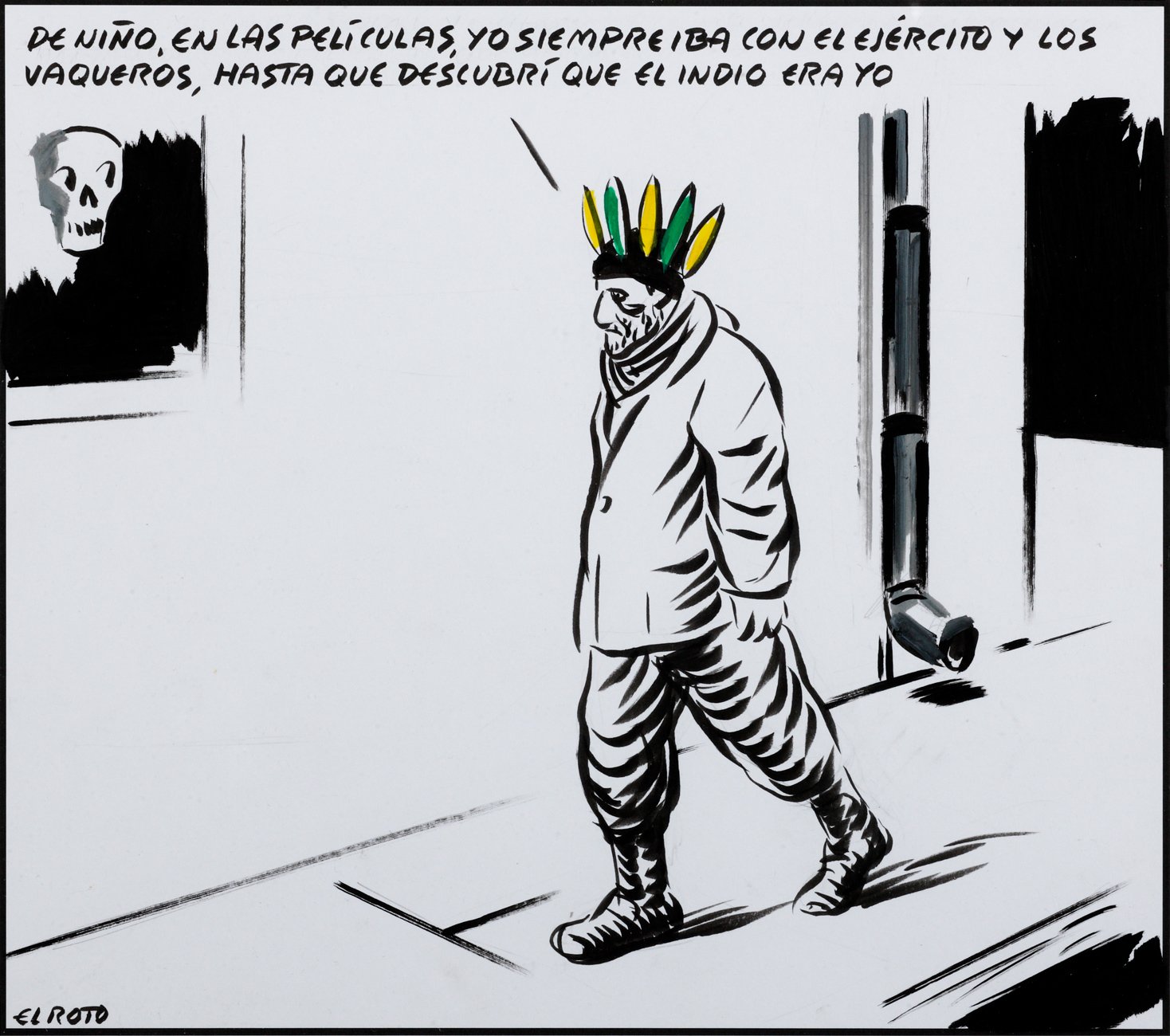 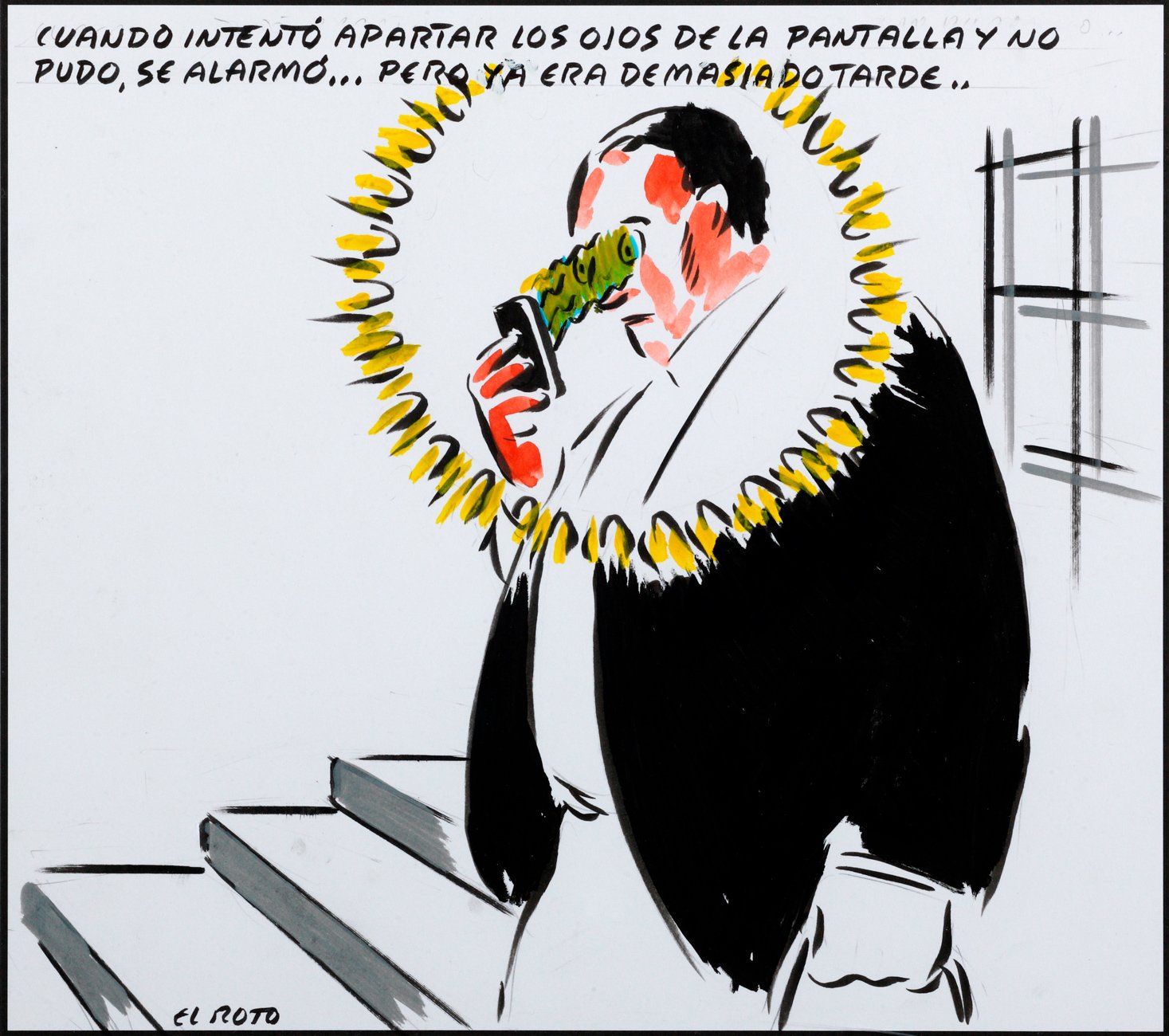 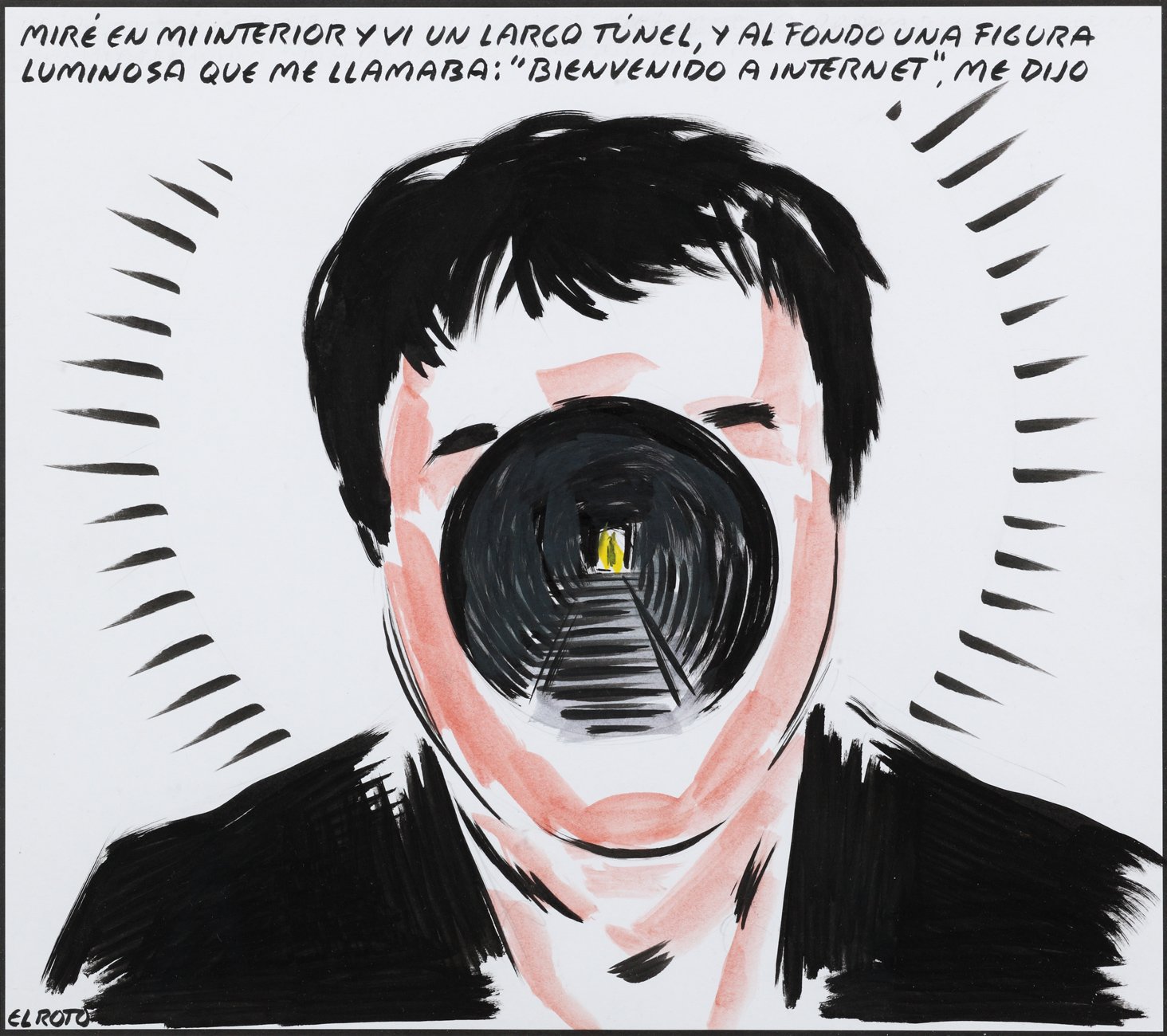 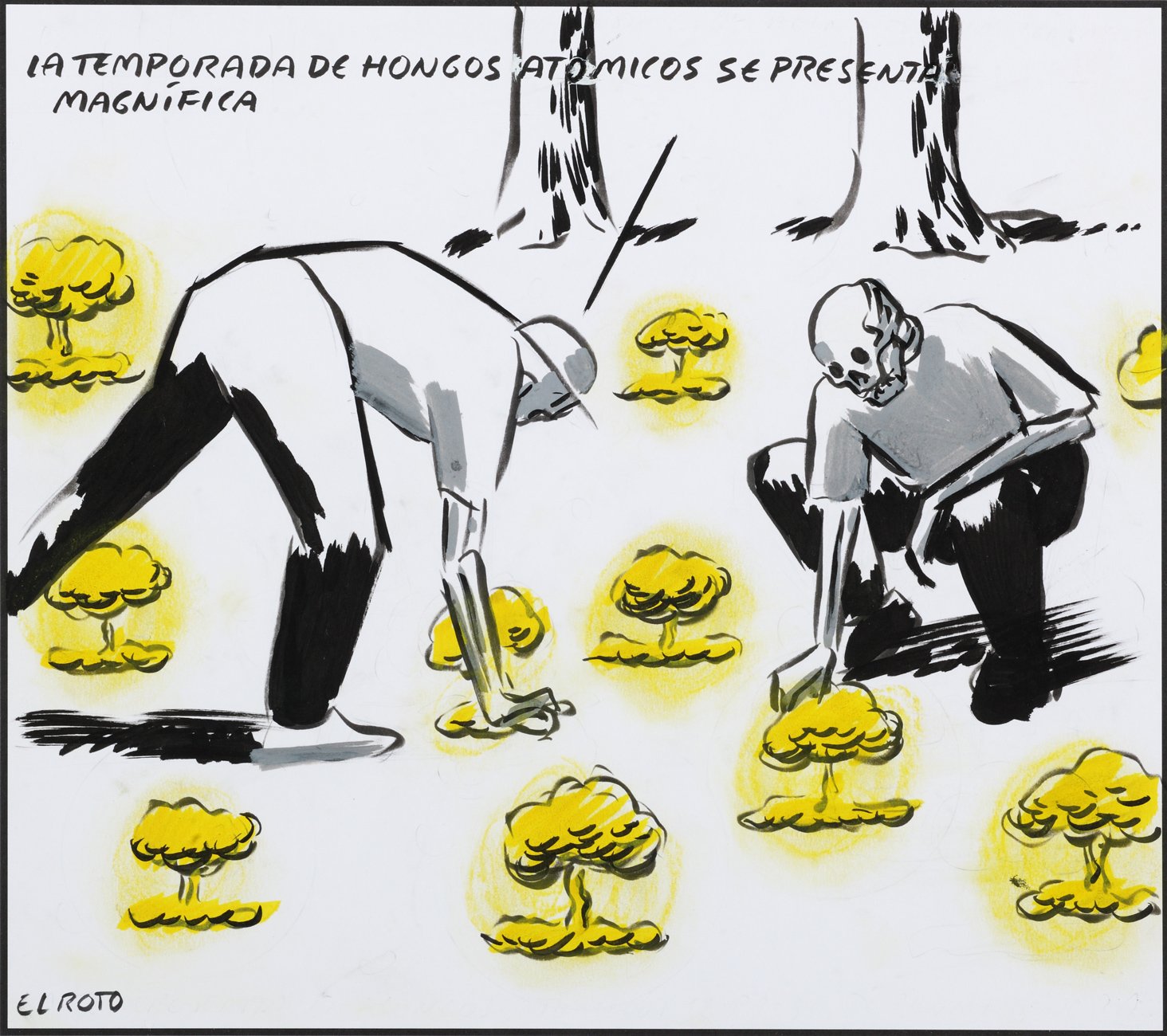 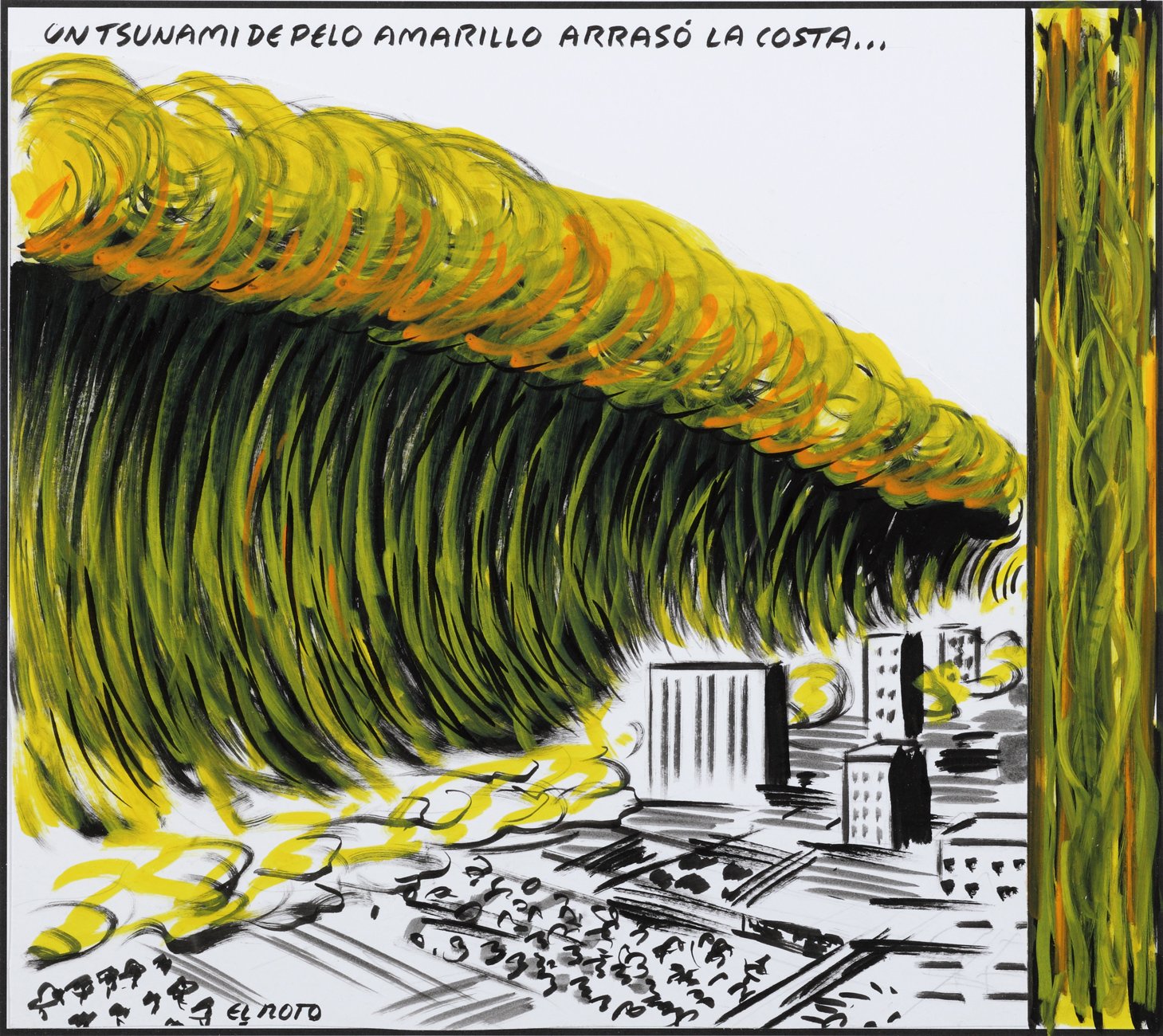