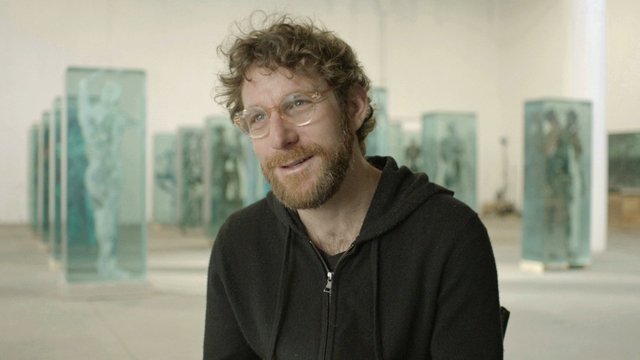 “An archive of our culture through mixed up media and matter,” is how Dustin Yellin describes his trademark collage sculptures. Layers are key to his work: glass upon glass; magazine clippings, paintings and found materials; nature, art and creative entrepreneurship.

Born in Los Angeles, Yellin grew up in Colorado, dropped out of high school at 17, hitch-hiked around New Zealand and worked as an apprentice for a whacky physicist before moving to New York to pursue his artistic career. A long-term fascination with objects – the relationships between them and stories behind them – led to his early works, which saw imaginary insects encased in resin. Worried about the toxic nature of his materials, Yellin switched to working with glass, building sculptures from multiple layers of visual material locked within transparent panels.

Weighty yet ethereal, Yellin’s image-rich figures simultaneously recall the taxonomy art of a bygone age and the cryogenic freezers of a not-so-distant sci-fi future; his fragmentary, permeable beings are portraits of us all. Since his first individual presentation in 2002, Yellin has held solo shows in New York, California and London. In 2011, he founded Pioneer Works, a huge cross-disciplinary space in Brooklyn where creative talents from science, music and the arts can meet and work together.

Sculptures from Yellin’s Psychogeographies series have been exhibited at the Lincoln Center, New York and the Kennedy Center, Washington DC, while a six-piece permanent installation was opened off Sunset Boulevard, Los Angeles, in 2015. In the same year, his largest work to date, The Triptych, a 12-tonne sculpture inspired by Hieronymus Bosch’s Garden of Earthly Delights, was shown at S2, Sotheby’s New York Gallery Space. 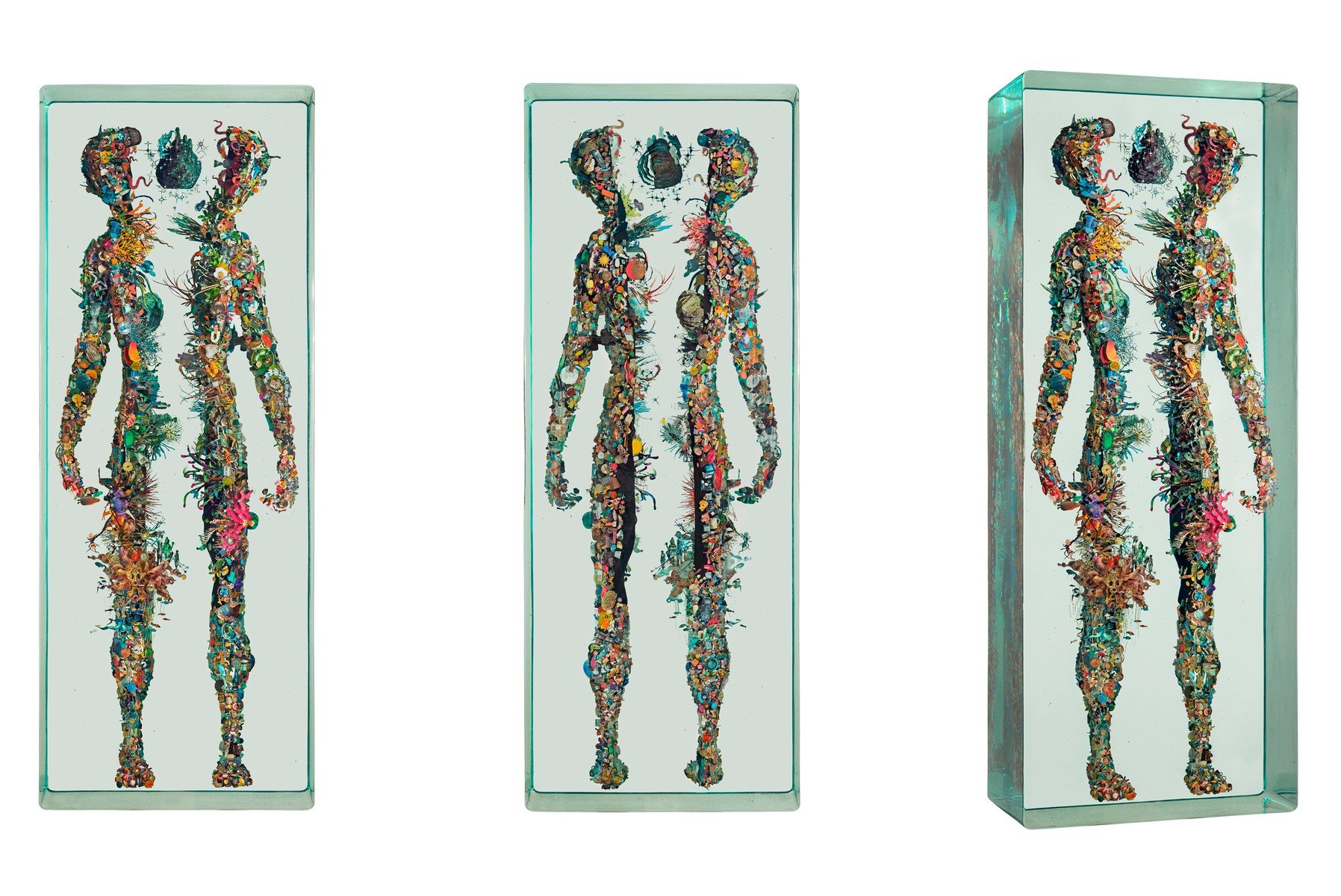 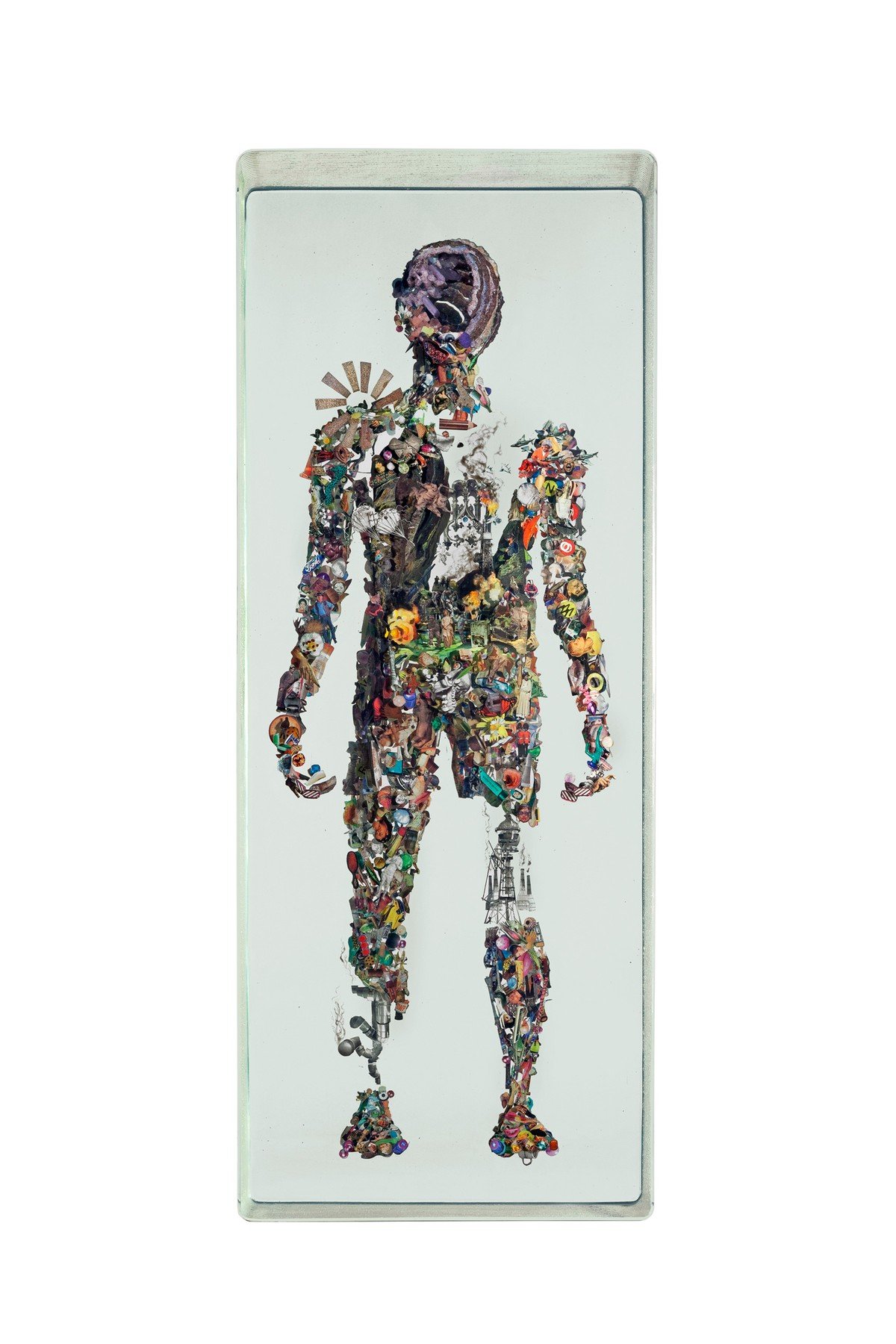