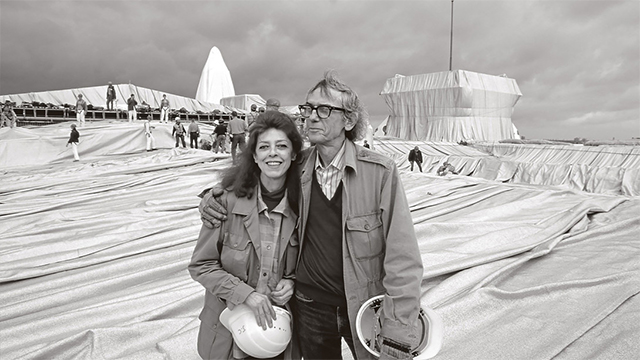 Wrapping monuments, buildings and coastline, surrounding islands and painting landscapes with coloured textiles, artistic duo Christo and Jeanne Claude transformed environments and the way we view them. Their projects often involved years of planning yet remained in place only a couple of weeks, with each site meticulously restored to its original condition. Impossible to purchase, these temporary monumental works are, in the words of their creators, “Once in a lifetime experiences. They are about freedom.”

Christo Javacheff was born in Bulgaria on 13 June 1935, the same day that Jeanne Claude de Guillebon was born in Casablanca to a French military family. Christo started drawing at an early age, and studied at the National Academy of Art in Sofia before fleeing Bulgaria in 1957. He briefly attended the Academy of Fine Arts in Vienna before moving to Geneva and finally Paris in 1958. During this period, Christo supported himself by painting society portraits and met Jeanne Claude when he visited her family home to paint her mother.

Wrapped objects became a feature of Christo’s art from the late 1950s and in 1961 the couple created Dockside Packages and Stacked Oil Barrels at Cologne harbour. Their first collaboration, this temporary environmental workwas the starting point for an artistic life together that would span five decades. In Wall of Oil Barrels, Iron Curtain(1961-62) the couple blocked a Parisian street using 240 oil drums in response to the building of the Berlin wall, while Wrapped Public Building (1961) marks their first study for a large-scale project.

Since then, Christo and Jeanne Claude have wrapped numerous monuments and public buildings across the globe, most famously Pont Neuf Wrapped (1975-85) and Wrapped Reichstag, Berlin, finally realised in 1995 after more than 20 years’ planning. Their extensive practice encompasses temporary interventions in the natural environment too. Using fabric to transform space, the couple wrapped a stretch of coastline in Little Bay, Australia, created a 39.5 km Running Fence in California, and famously surrounded 11 islands in Biscayne Bay Miami with glorious pink.

After Jeanne Claude’s death in 2009 until he passed away in 2020, Christo continued with their projects including The Floating Piers (2016), connecting two islands in Lake Iseo, Italy, via a 3 km saffron-coloured walkway, or The London Mastaba (2018), a floating platform of stacked coloured barrels in Hyde Park. Fierce defenders of their creative independence, Christo and Jeanne Claude self-financed their projects through the sale of preparatory drawings, documentation and early pieces, which can now be found in museums and collections the world over. Most significantly, their spectacular ephemeral artworks, free and open to all, remain forever in the memories of those who experienced them first-hand. 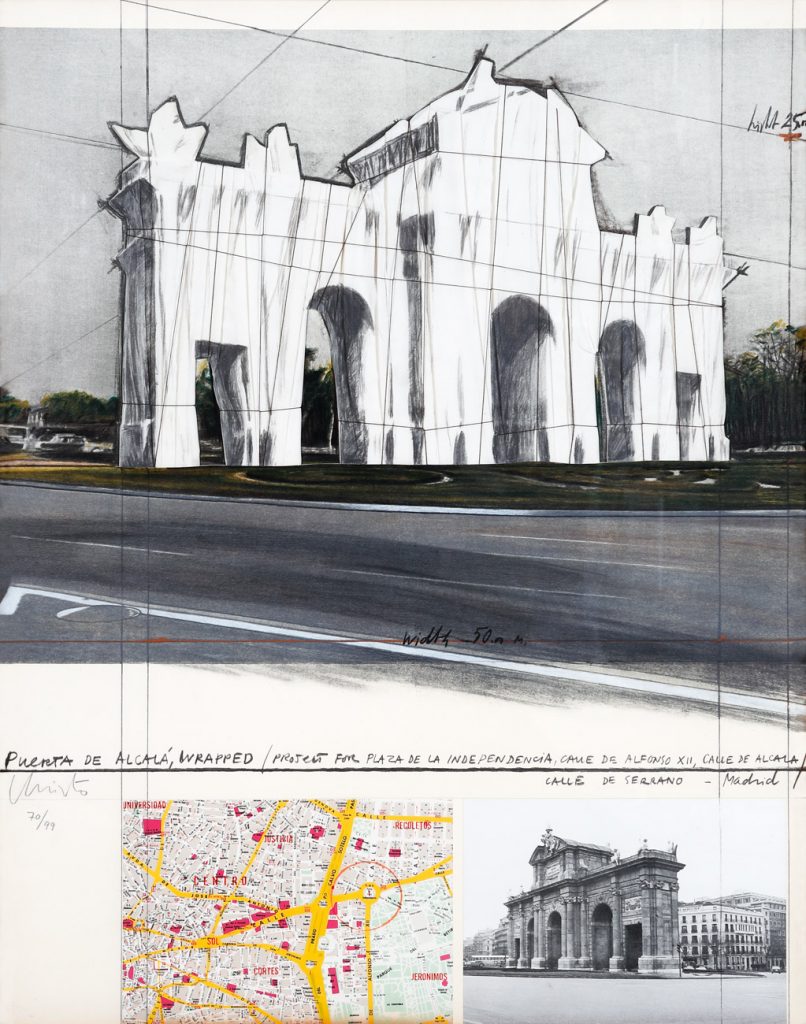