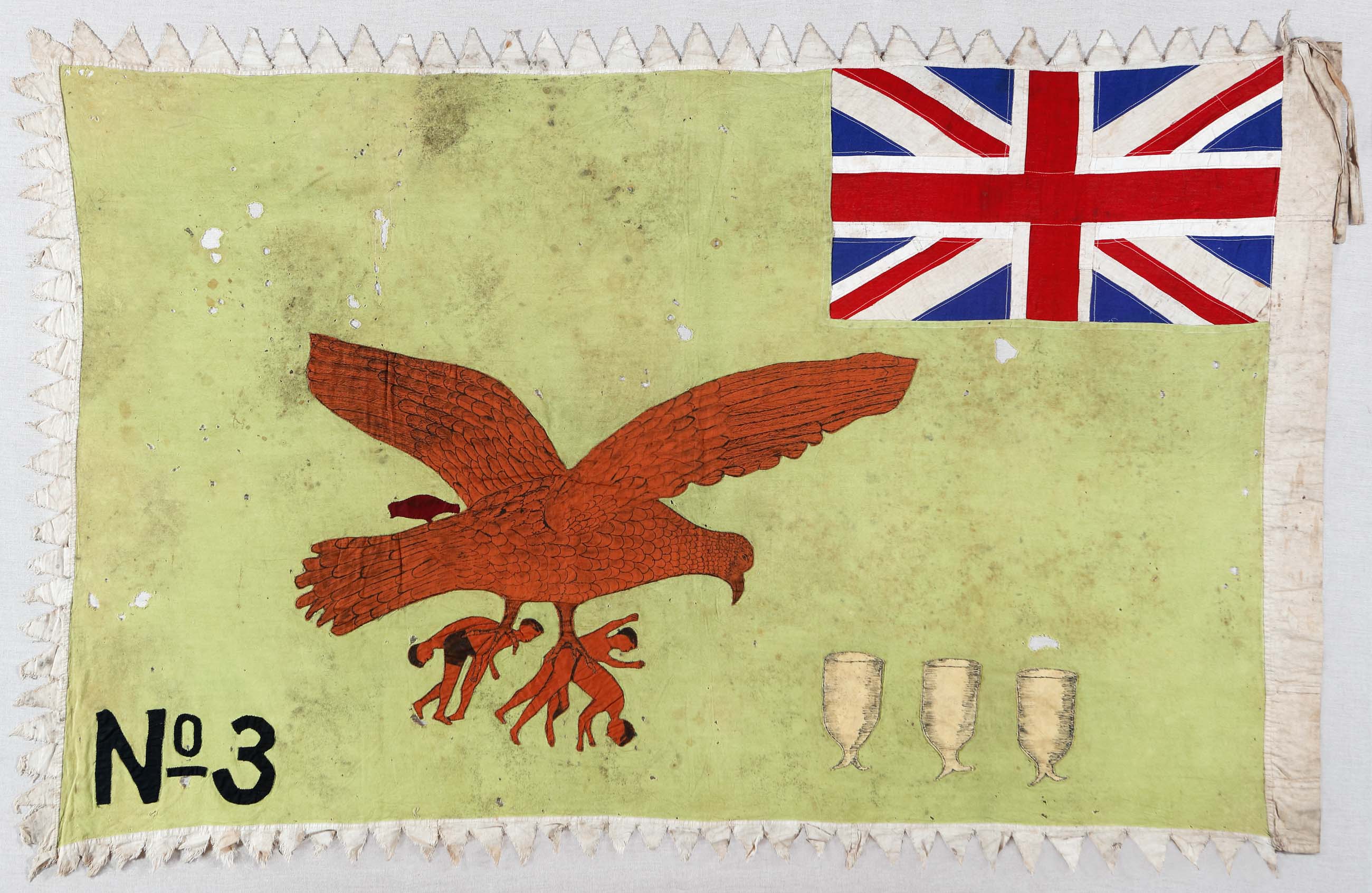 A work of anonymous author, a textile Asafo flag.
The Asafo flags are articulated from the defense of their own military, political and cultural heritage and have come to be imposed as powerful manifestos of pride to narrate historical events and proverbial wisdom, or to send messages of defiance to enemies.

The flags are visual representations belonging to small local militias known as Asafo Companies. Its role supposes the defence of the State, the political exercise and the protection of the life of the Fante in the Akan culture.

The Asafo emblems are a derivation of the Red Ensign flag (Red Flag), officially established to identify English merchant ships, the Scottish Navy and later the British Royal Navy.

This flag measures 84cm x 133cm; and is made of linen, cotton and pieces of embroidered fabric.

This captivating flag features a classic Asafo proverb: “Will you fly or will you make it disappear?”. In other words, there is no way for an enemy to escape.

The magnificent eagle represents the Asafo company that owns this flag, while the men captured in its talons refer to what would happen to members of a rival company I they would challenge them. This flag thus shows the symbolic battle between rivals companies.

It is dated before the year 1957, mid-twentieth century 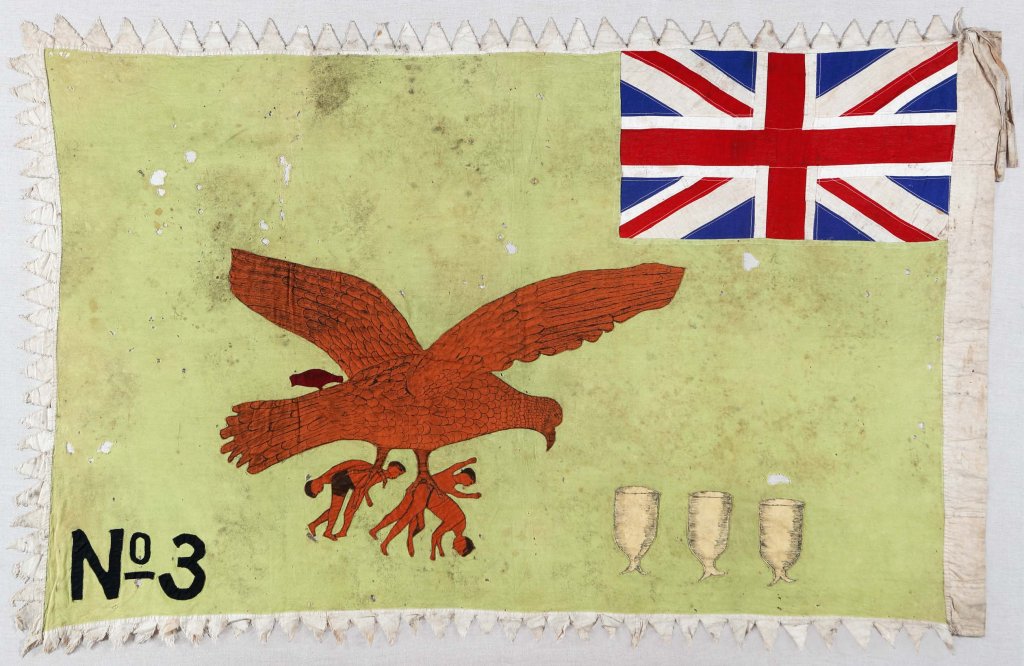