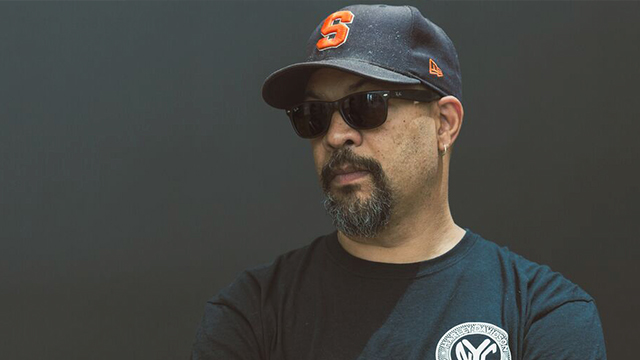 Gary Simmons, is an American artist born in New York in 1964.

His works refer to the situation and experiences of the African American population in the United States. Gary Simmons appropriates stereotypes from American popular culture through what he expressly calls “erasure drawing”. This is a technique that generates a blurred effect bordered by hard dark lines. A sort of aura is thus created around stereotypical simulacra of American culture, making these figures appear to be in motion, blurred and dissolved in the environment. For Simmons, the theme of image erasure reconnects to a distant memory, the memory of chalk on a blackboard, a memory where the image or writing is erased, but the dust and the imprint of the chalk always remain imprinted on the black support.

So the artist alludes to history, to the impossibility of forgetting, no event can ever be entirely erased and therefore forgotten; almost as if artistic practice were for him a vain attempt to remove a stereotype and the traces of an essential and profound pain. This technique contains an important intrinsic meaning: the desire to erase what these figures represent: images full of hatred and born with the intent to mock and offend the African American people. However, the subjects remain recognizable and through the work of art, they denounce a past discrimination, which unfortunately is still rooted in today’s society. Recovering and reproducing these iconic, highly recognizable images confronts the viewer with the precarious living conditions of African Americans both past and present.

The “Piano Man” project was born after a long research of the most representative images of the stereotypes of the African-American people created between the Thirties and the Forties in the United States. The protagonist is one of the best well-known characters of the animated series Looney Tunes produced by Warner Brothers: Bosko.
Bosko is a black character, a sort of minstrel who naturally sings, dances and plays any musical 70s instrument. In the earliest cartoons he spoke with a marked Afro-American accent to make it even more mocking. Simmons focuses on these representations because “they date back to an indefinite period of African American history,” a period in which it is very rare and difficult to find evidence of this minority and, in the rare representations found, the African American people are circumscribed to servile and slavery situations. For Simmons, it’s almost an attempt to fill a void of both history and soul.

Historically, these cartoon characters were depicted as joyful and happy, a depiction that Simmons twists, presenting them in circumstances, attitudes, and movements that would not suggest inner well-being and lightheartedness of spirit. They are both testimony and denunciation of a dramatic reality that we would prefer to be relegated to the world of cartoons.

Cartoons were born with the intent to entertain and amuse the viewer, but have always had a side that hides sharp messages often aimed at teaching something. Under the guise of cartoons are hidden messages full of political and social significance, which use the “means” of entertainment to deal with narrow and delicate issues. Therefore the use of cartoons for Simmons is not only “pop” culture and entertainment, it is denunciation, polemics, it is putting the accent on an irremediable and totally current situation.

And so also in “Piano Man,” Bosko has the features and characteristics with which he became famous, a minstrel intent on playing the piano. Simmons through his “erasure”, transports Bosko and his piano into an undefined universe, into a moment of frenetic activity that is mixed with the emptiness and detachment of the background, alluding to a rather current historical void. 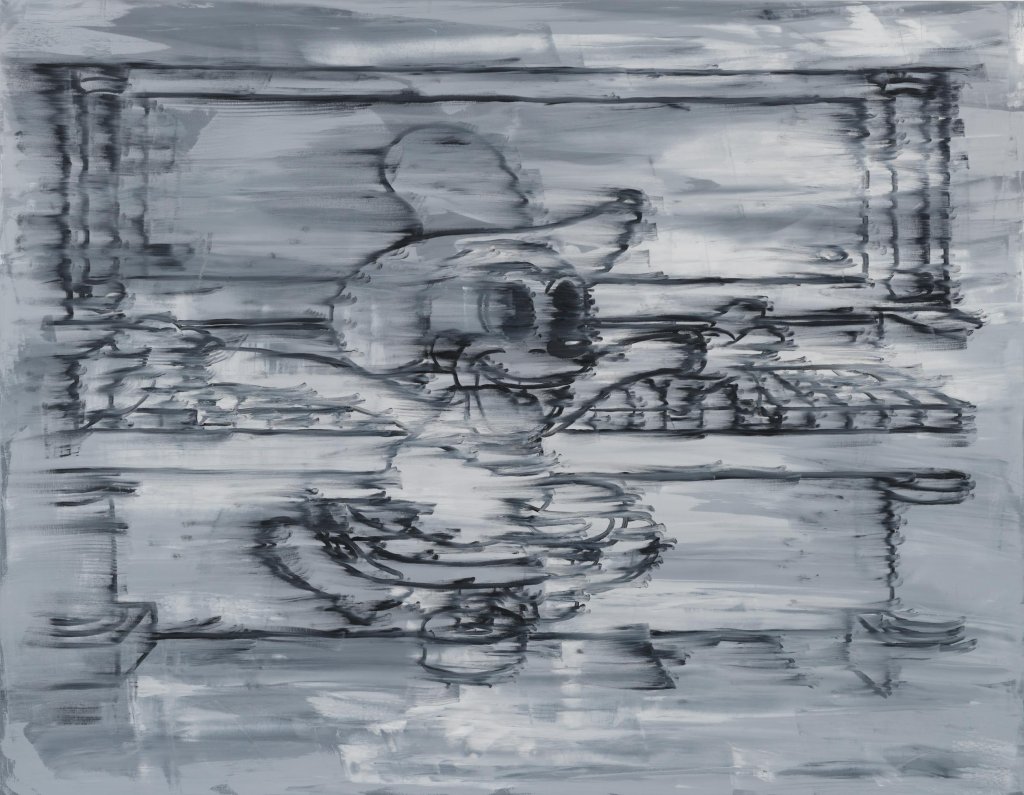