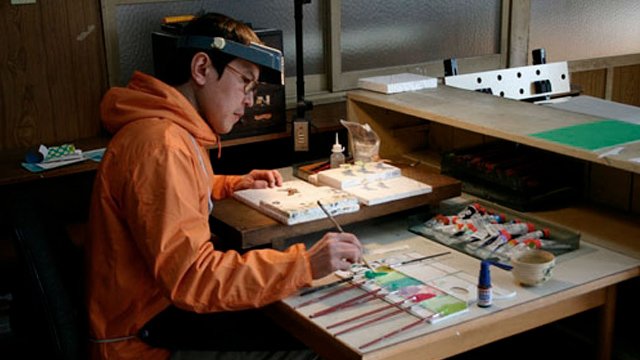 Born in Tokyo, Higuchi trained in sculpture at Zoukei University before completing an MFA at Tokyo University of the Arts; he then moved to Stuttgart, Germany, where he studied at Staatliche Akademie der Bildenden Kunste. Now based in Tokyo, the artist creates his insect and animal figures using urethane foam, then decorates them with precision brushwork and incisive wit. Stag beetles, for example, bear ancient Samurai clan coats of arms, and butterflies open their wings to reveal seductive pin-up girls.

These visual puns recall the Japanese tradition of mitate-e or “parody prints,” which make comic allusions to classical works or historical eventsusing unexpected visual combinations. Higuchi’s apparent use of animals as canvases raises questions about our relationship with nature; the artists speaks of our tendency to humanise animals, while at the same time using or exploiting them. 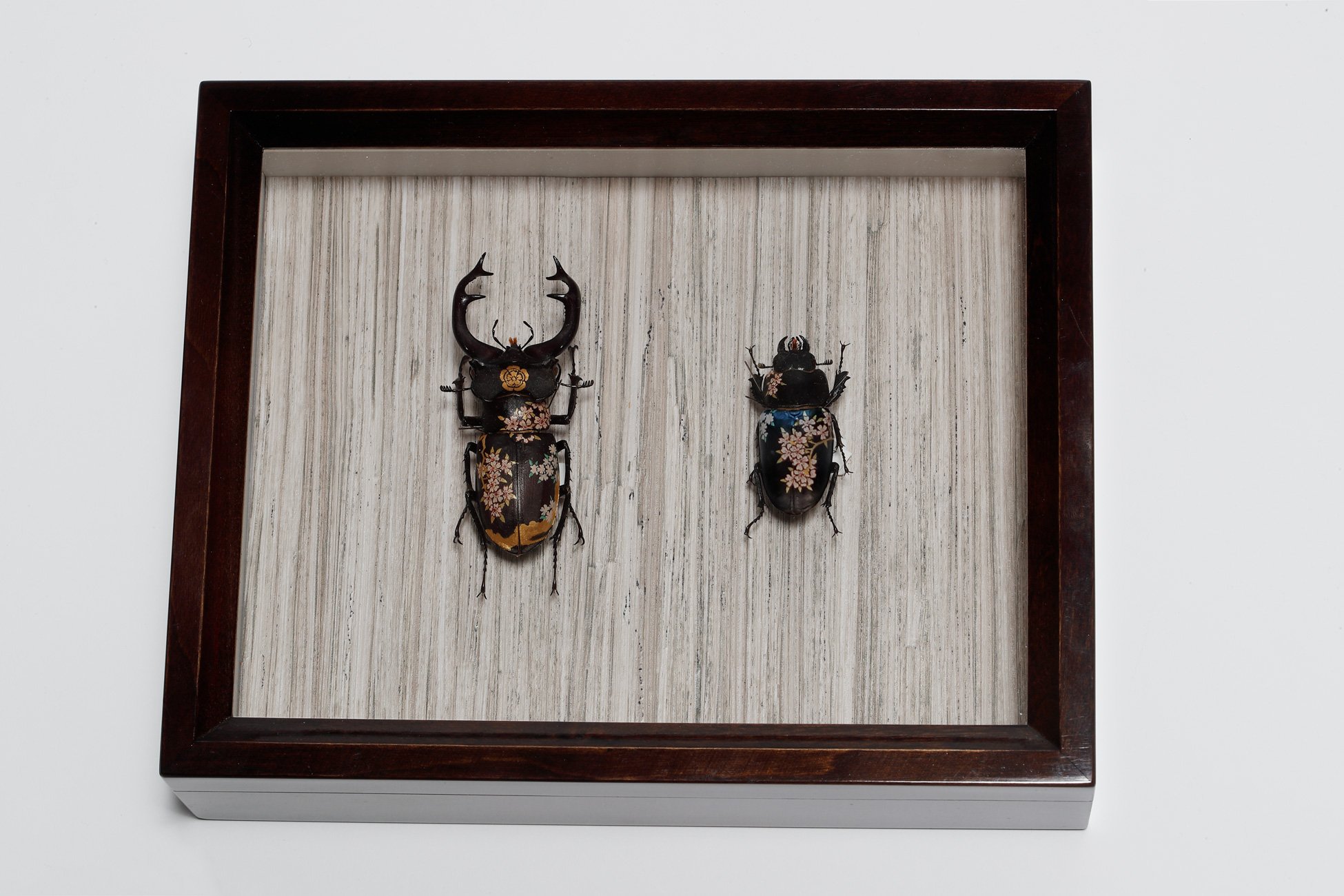 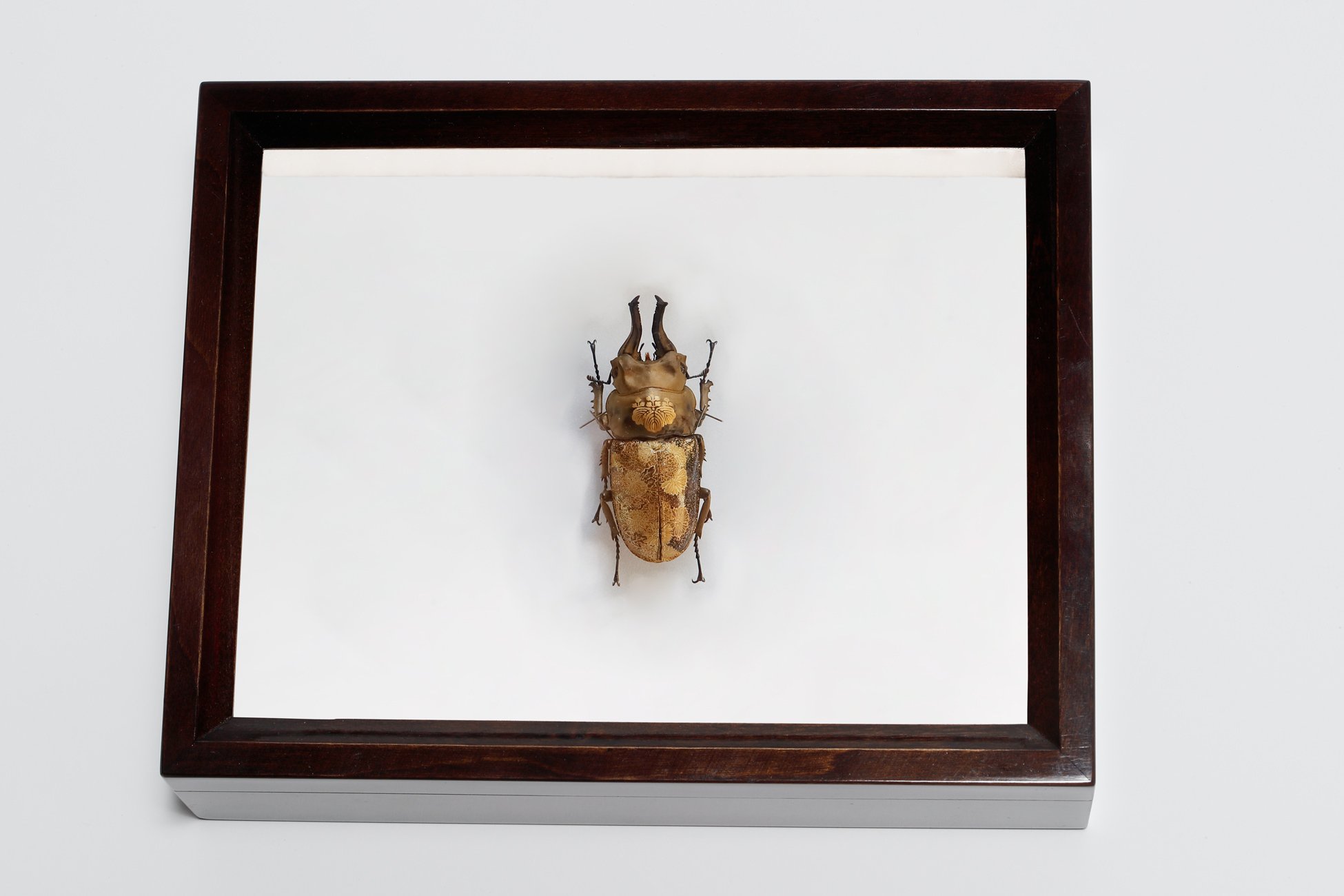