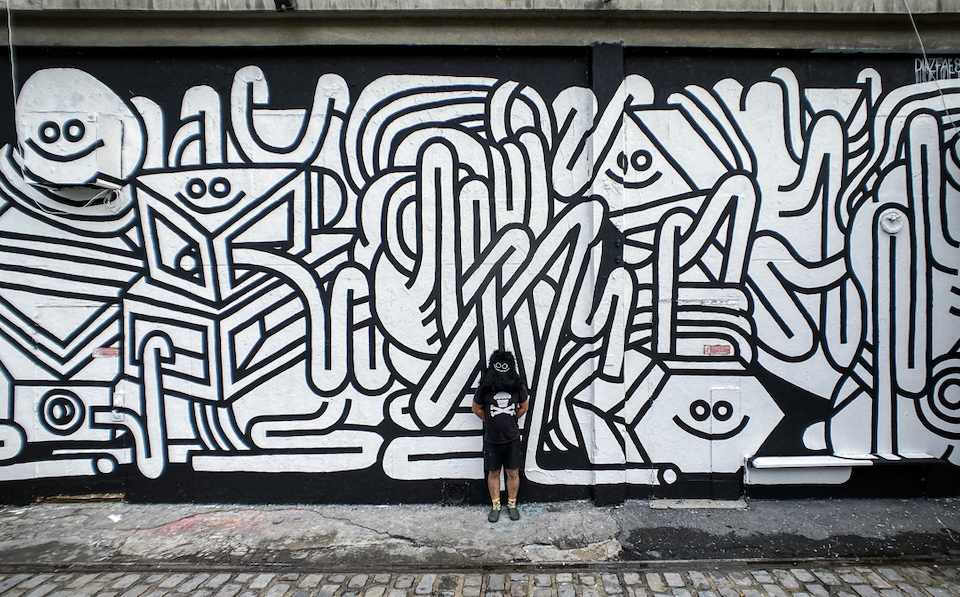 Colección SOLO’s artist Juan Díaz-Faes shows in Paris for the first time, brining his infinite patterns to the arts venue, Point Ephemere, in an exhibition that runs  until 18 October. Cement, wood, ceramic, canvas and artificial intelligence serve as media for an artist whose works are infused with energy and optimism.

The Spanish artist Juan Díaz-Faes invades the Parisian arts venue, Point Ephemere, with his busy, two-tone patterns. On a range of different formats, from wood, cement and canvas through to ceramics or programming code, these street-inspired creations are endless, flexible narratives infused with energy, optimism.

Under the title Qu’est-ce que tu Faes?,the artist submerges viewers in a creative universe where black and white become tools to express a whole range of emotions and experiences. Loneliness, effort, or the hedonism of a long afternoon spent skating or surfing, for example, yet always injected with wit and optimism. Street culture pervades the artwork of Juan Díaz-Faes, occasionally fused with materials or experiences that hint at rural life.

Qu’est-ce que tu Faes?, a show whose title is a wordplay on the artist’s surname, is supported by Colección SOLO as part of its international patronage programme for contemporary art, and will be showing at Point Ephemere, 200 Quai Valmy from 24 September until 18 October.

Common threads running through Juan Díaz-Faes’s artwork and this solo exhibition are shape and geometry, patterns and the use of space, colour or its absence. The artist plays with pareidolia, the phenomenon by which human beings are wired to recognise faces in compositions made up of different visual elements. Combined with his trademark patterns, this allows Díaz-Faes to bring geometries to life, creating amiable characters which express the artist’s positive outlook and feel-good approach.

The exhibition closes with a four-metre long mural outside the venue, on the canal side. The artist’s characteristic black and white shapes expand into this large-scale format, with this new mural in Paris adding to an artistic track record that already features walls in different locations across the globe, including Wynwood Art District, (Miami), Austin (Texas), Guangzhou (China) and the Galería Vertical project in Reinosa (Cantabria), among others. 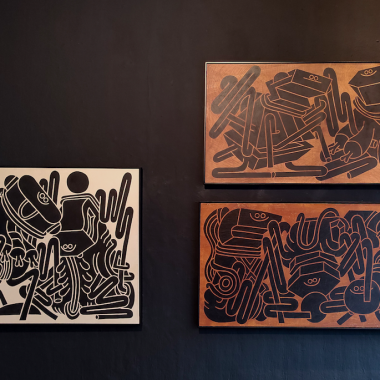 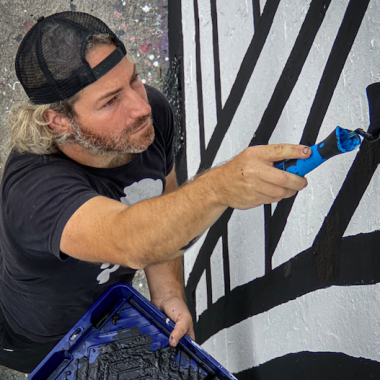 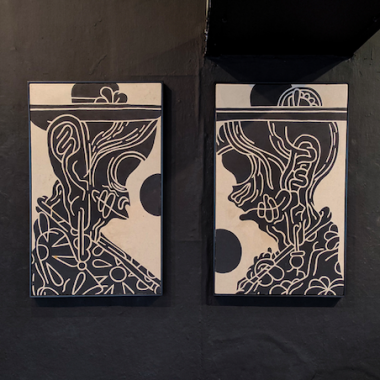 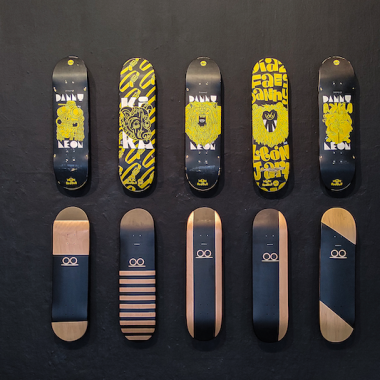 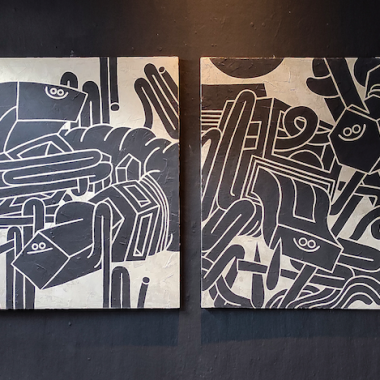 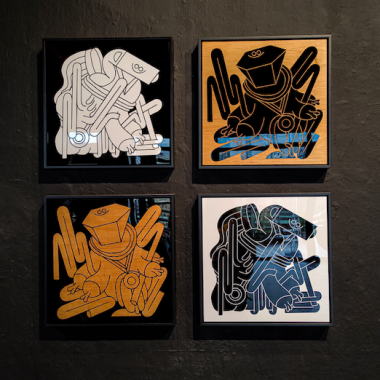