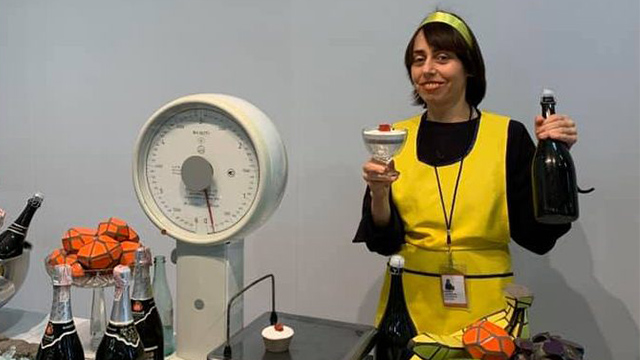 Architecture, the built environment and everyday objects serve as inspiration and material for the Ukrainian artist Zhanna Kadyrova. Best known for her art created with repurposed ceramic tiles, she also works with photography, newspaper cuttings, cement, asphalt and bricks. Her installations and long-term sculptural projects explore the lives of objects, the significances attached to them and their place in shaping individual or collective memory.

Kadyrova studied at the Shevchenko State Art School, Kyiv, where she received classical training in sculpture. During her early career she formed part of the punk performance group Pinoplast and was a founding member of the artistic collective, R.E.P. (Revolutionary Experimental Space), set up in the wake of the mass protests and political upheaval during 2004-5 now known as the Orange Revolution.

The artist’s home country has an extensive history of ceramic tile production and this material soon came to form a part of her work. Tolya, the Plumber (2004), her first figurative sculpture crafted of fragmented tiles, plays on the aesthetics of socialist realism and Soviet use of this media in large-scale propaganda mosaics. The durability of glazed tiles, which often outlived the grey, concrete structures they were used to decorate, adds meaning to Kadyrova’s giant-sized apples, orange slices and market stall installations.

Projects such as Crowd (2012–13) and Mia Casa, Mia Fortezza (2016) use bricks and photographic collage to explore memory and place, while Second Hand illustrates the artist’s continuing fascination with tiles. Started in Brazil in 2014, this ongoing series sees glazed ceramic transformed into garments displayed on wooden hangers. Kadyrova has sourced tiles from  Chernobyl, the Darnitsa Silk Factory and the Kiev Cinema Copy Factory for this project, which was featured at the Venice Biennale in 2019.

Kadyrova’s work has been exhibited across the globe, including at venues such as the National Art Museum of Ukraine, the Moscow Museum of Modern Art and Saatchi Gallery, London. In 2012 she received the Kazimir Malevich Artist Award, the Sergey Kuryokhin Modern Art Award (Public Art) and Kyiv Sculpture Project Grand Prix. She was awarded the Pinchuk Art Centre Prize in 2013.

Made in Brazil Series #8 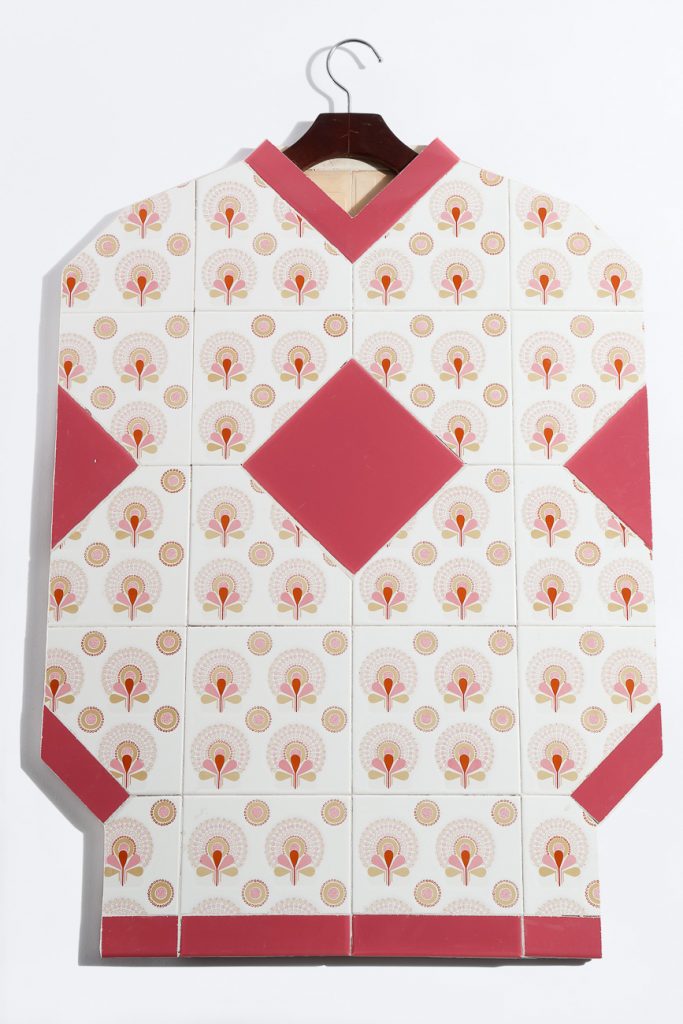