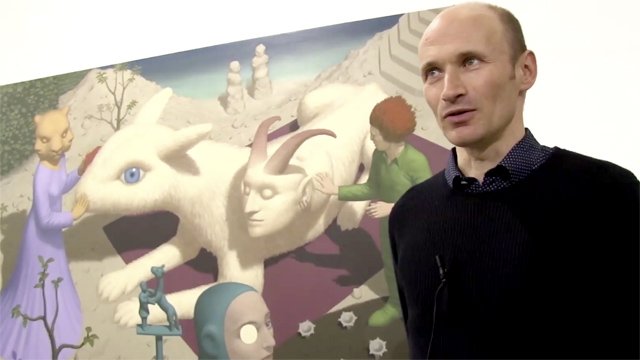 “To make the off-putting seductive; the comic, tragic and the mysterious, ridiculous. These are the challenges that excite me,” says French surrealist painter Pierre Monestier.

A graduate of École Nationale des Beaux-Arts de Paris, Monestier lives and works in Marseilles. With hyper-realist precision, vibrant colour and soft, inviting textures, his paintings depict weird, imaginary realms. Men and women exist alongside hybrid beings with stretched out limbs, deformed anthropomorphic figures, or the bizarre contraptions found in science fiction. Like a visual Lewis Carol, Monestier portrays a changing world where past, present and future co-inhabit a single instant, hinting at a narrative but obliging viewers to abandon reason or common sense.

Since the late 90s, Monestier has held over half a dozen solo shows in Paris, and participated in group exhibitions in Paris, Marseille and Normandy. In 2010, he completed a three-month residency at La Source in L’Eure, and his work has been reviewed in the French daily, Le Figaro. 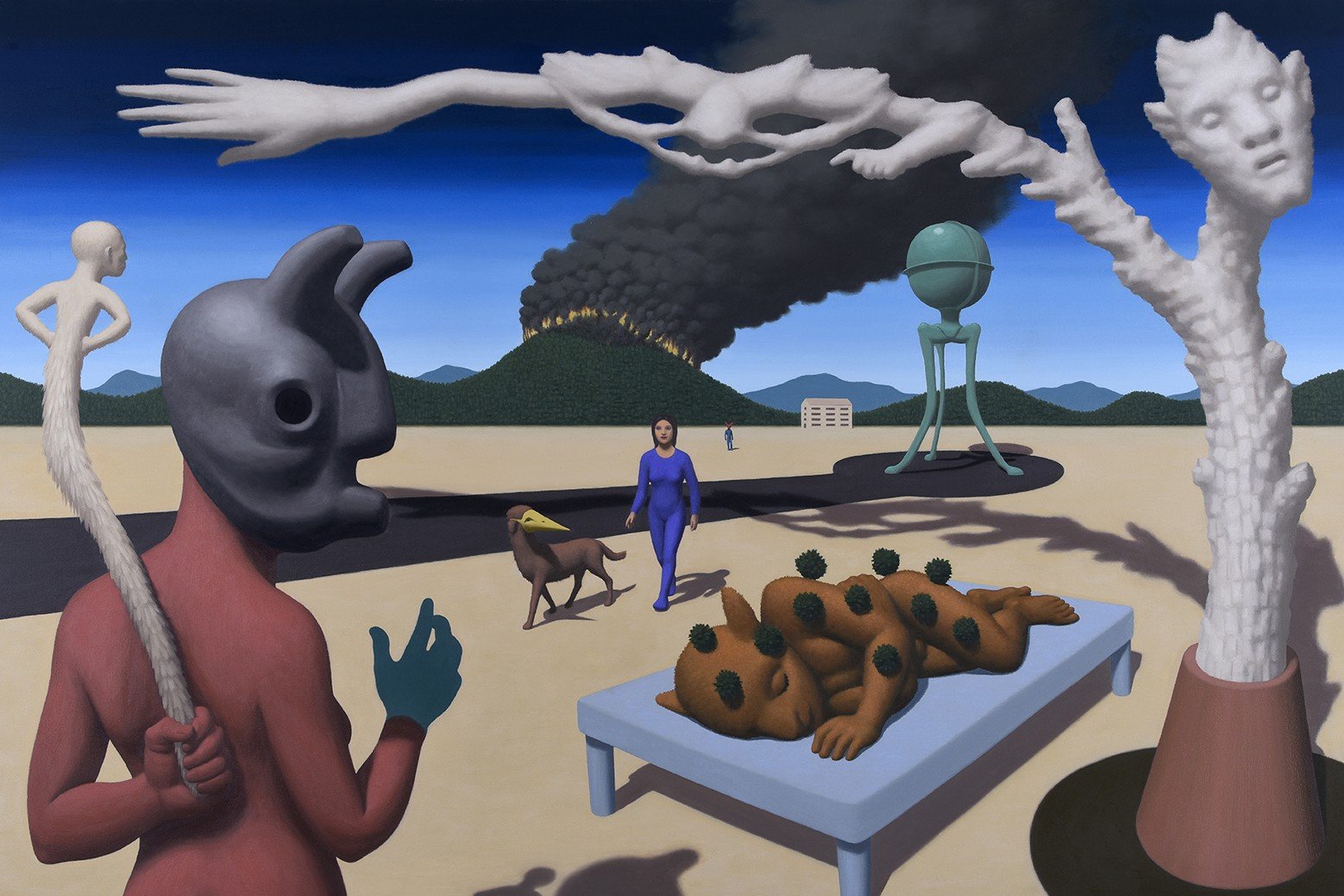 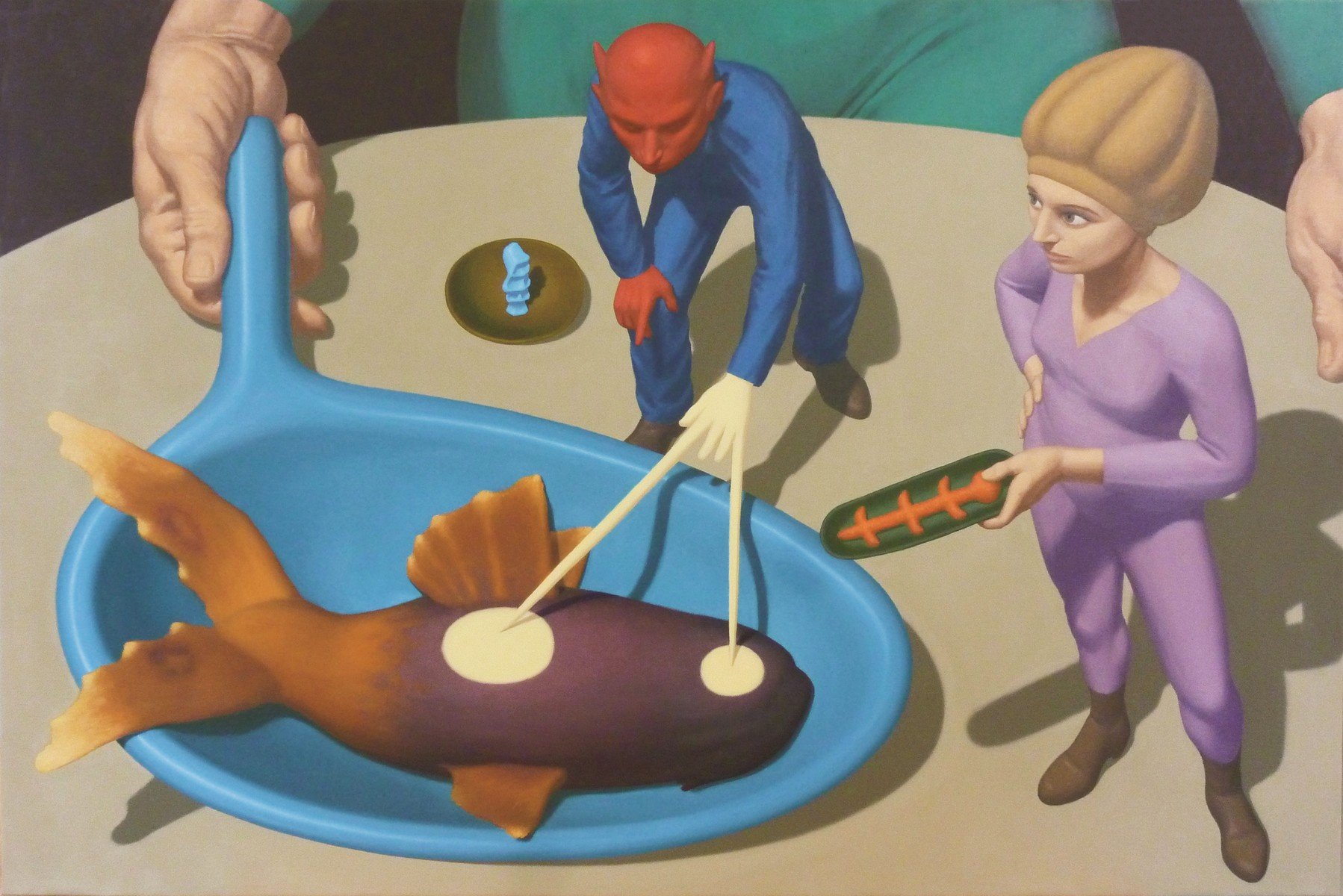