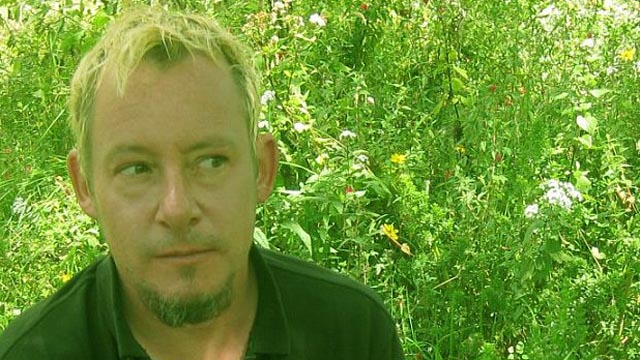 Evocative, humorous and meticulously rendered, Peter Ferguson’s narrative oils transport viewers to the great age of exploration, spiced with a touch of the paranormal.

Born in Montreal, Ferguson graduated in 1992 from Ontario College of Art and Design, Toronto, before setting out on a career in illustration. A favourite among children’s book publishers, he has worked on countless series including The Sisters Grimm, Enola Holmes and The Anybodies/Nobodies. In 2010 he was selected to design the poster for the US Library of Congress National Book Festival, and his clients include Marvel Comics, the Royal Shakespeare Company, The Wall Street Journal and Los Angeles Times.

Ferguson’s fine art work draws on Victorian-age aesthetics, Flemish masters such as Pieter Bruegel or the Venetian, Vittore Carpaccio. Intrepid explorers are pitted against the elements, soldiers bond in tearful embraces and other-wordly creatures invade parlour rooms and foyers. Seamlessly blending melancholy with fantasy, Ferguson turns the propaganda of colonialism into cheeky, surreal lampoons. In 2013 his paintings were featured in The Beauty of Tragedy at Conseil des Arts de Montreal, and he has held two solo shows at Roq la Rue Gallery, Seattle. 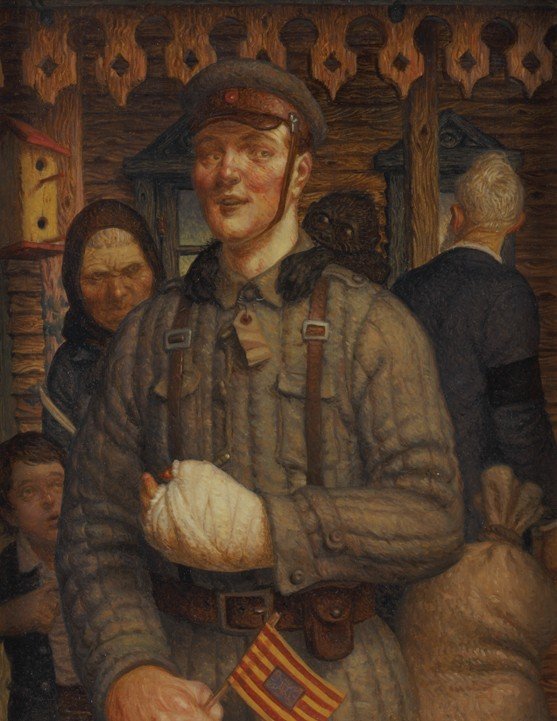 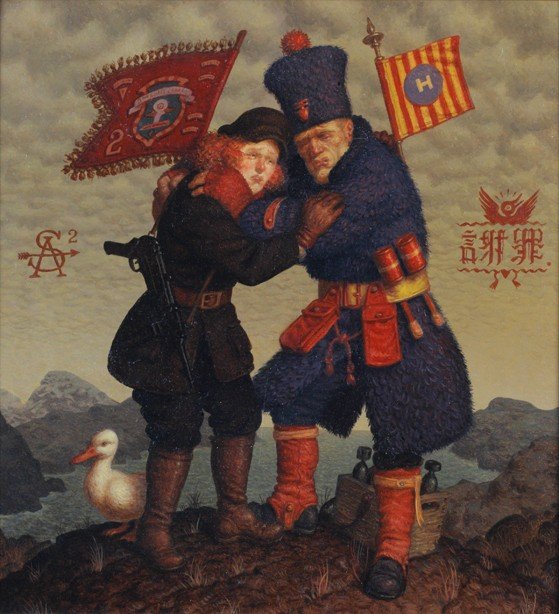 The PLA Found a Giant 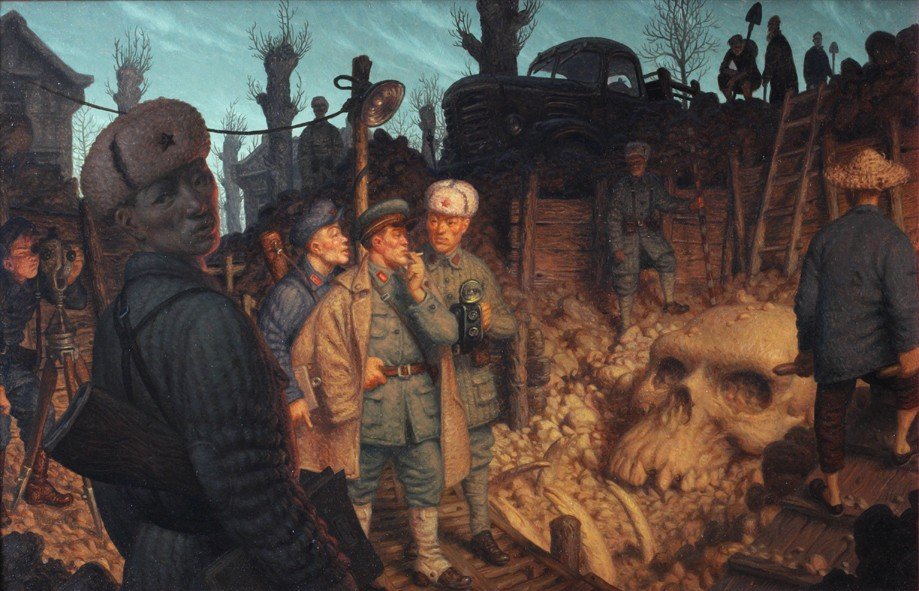