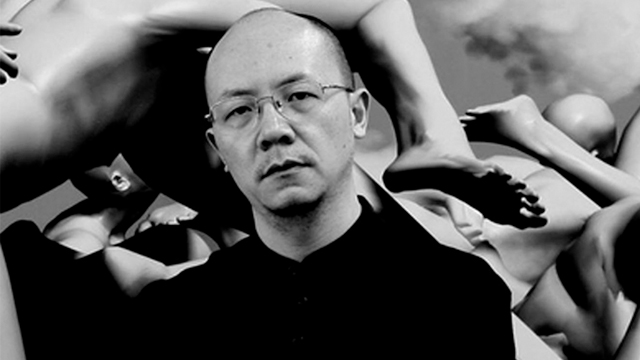 One of China’s leading new media artists, Miao Xiaochun works across a variety of formats including painting, photography and digital animation. From photographic surveys of high-speed urbanisation to digital reinterpretations of Renaissance masterworks, his creations reflect on timeless themes. As he explains,“When we face such questions, of life and death, the philosopher will answer with text, with language. But I, as a visual artist, I want to answer these questions with a moving image, with a painting, with a sculpture.”

Born in Wuxi in 1964, Xiaochun was originally rejected by art schools. He first studied German at Nanjing University, then History of Art at Central Academy of Fine Arts (CAFA), Beijing, before finally going on to study at Kunsthochschule Kassel, Germany. Influenced by figures such as Jeff Wall and Andreas Gursky, Xiaochun moved from his early explorations in painting to centre his practice on photography from the late 1990s. In series such as New Urban Reality and Beijing Index, the artist reflects the rapidly changing nature of Chinese cities and society.

The Last Judgement in Cyberspace, started in 2005, marks Miao Xiaochun’s shift into digital animation. Using computer-generated images of his own body, the artist replaced Michelangelo’s entire constellation of figures, creating a virtual world where numerous perspectives can be mixed, dissolved and reformulated. This work was the first in Xiaochun’s Renaissance Trilogy, together with H20, based on Cranach’s The Fountain of Life, and Microcosm, after Hieronymus Bosch’s The Garden of Earthly Delights. In each project, the artist blends traditions from East and West, digital technologies and considered use of sound.

Currently based in Beijing, Miao Xiaochun is a Professor of Photography and Digital Media at the Central Academy of Fine Arts. He has held solo exhibitions across the globe including at museum venues such as the Today Art Museum, Beijing (China), Ludwig Museum, Koblenz (Germany) and The Dennos Museum Center, Michigan (USA), and participated in major group exhibitions at prestigious centres including Victoria & Albert Museum, London (UK), Louisiana Museum of Modern Art, Humlebaek (Denmark) and The National Museum, Warsaw (Poland). His work was featured at the 55th Venice Biennale in 2013 and is held by pubic collections across the globe, including MoMA, New York (USA), The National Museum of Contemporary Art, Seoul (South Korea) and the Guangdong Museum of Art, Guangzhou (China).