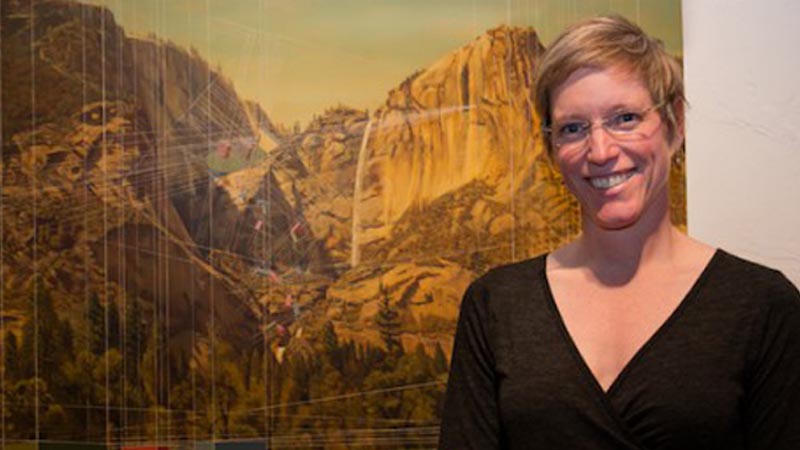 Based in Seattle, Iverson completed a BFA at Cornish College of Arts in 1995 and an MFA in painting at the University of Washington in 2002. Although she first focussed on urban landscapes and abstract works, Iverson always felt drawn to the colours and shapes of the portside environment. In 1999 she was granted unlimited access to the container terminal in her home city; cranes, shipwrecks and containers have been her trademark ever since.

Vermeer, Frank Stella and luminist artists such as Moran or Bierstadt are cited as sources of inspiration by Iverson, whose work overlays traditional landscape painting with op-art gridlines and bold geometrical forms. Her paintings have appeared in numerous group exhibitions, she has held solo shows in Seattle, San Francisco, Copenhagen and Singapore, and has created murals in cities across the North-West USA.

Whether expressed in collage, oil painting, mural or animated film, Iverson’s underlying concerns are clear: “My works are definitely harbingers of destruction because, at the rate our economy is expanding, it is inevitable that the environment will become more stressed.” 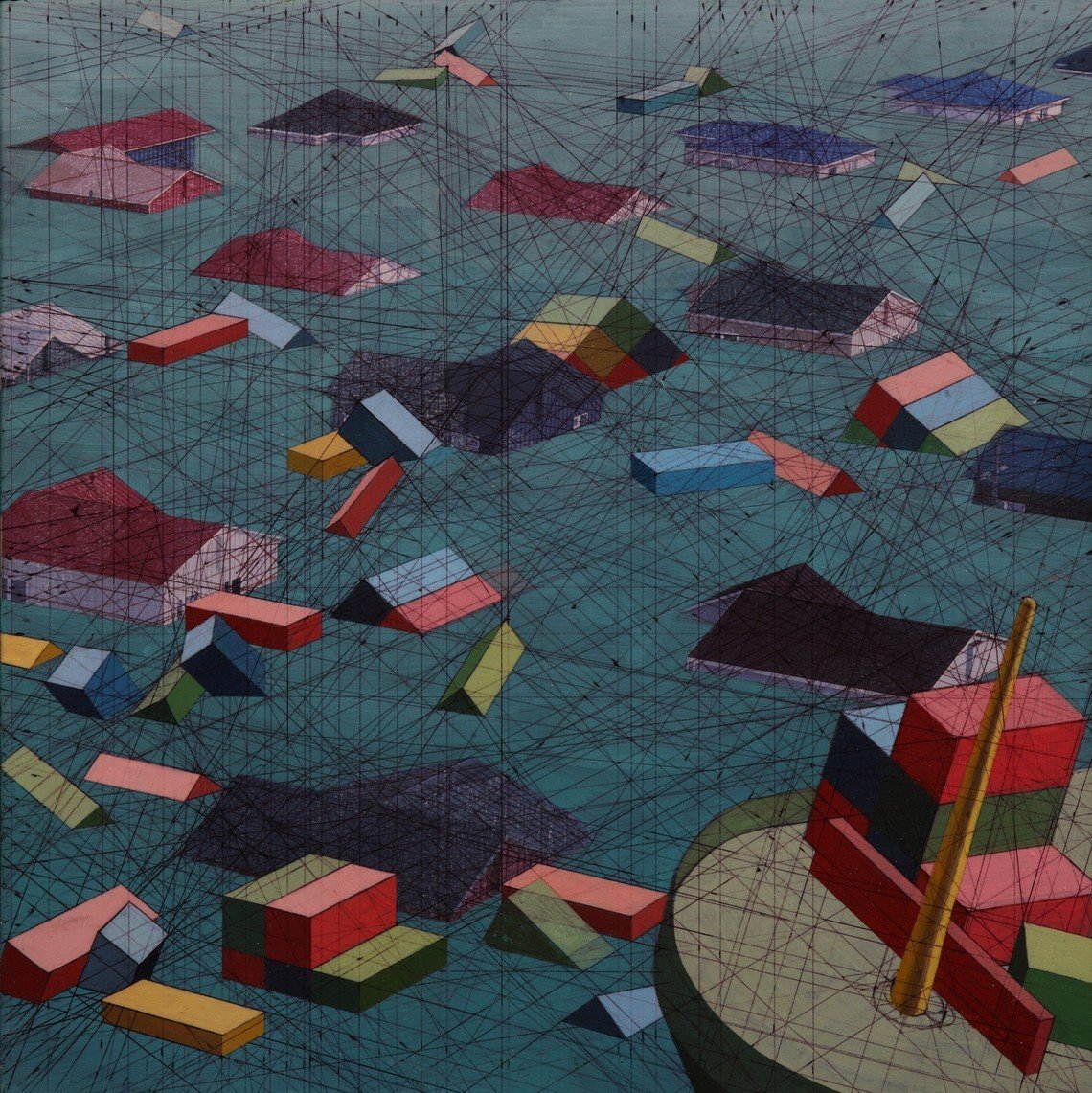 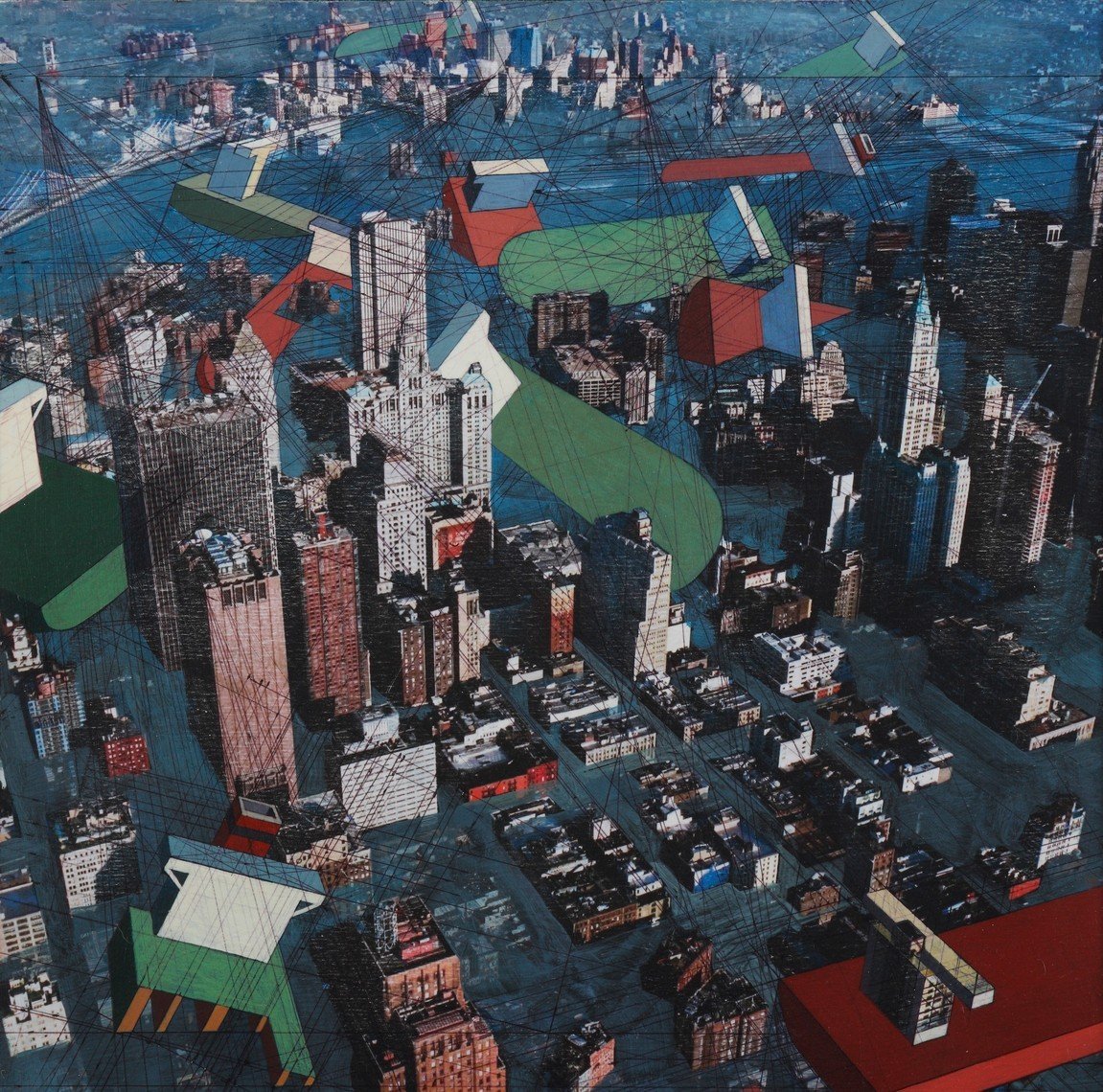 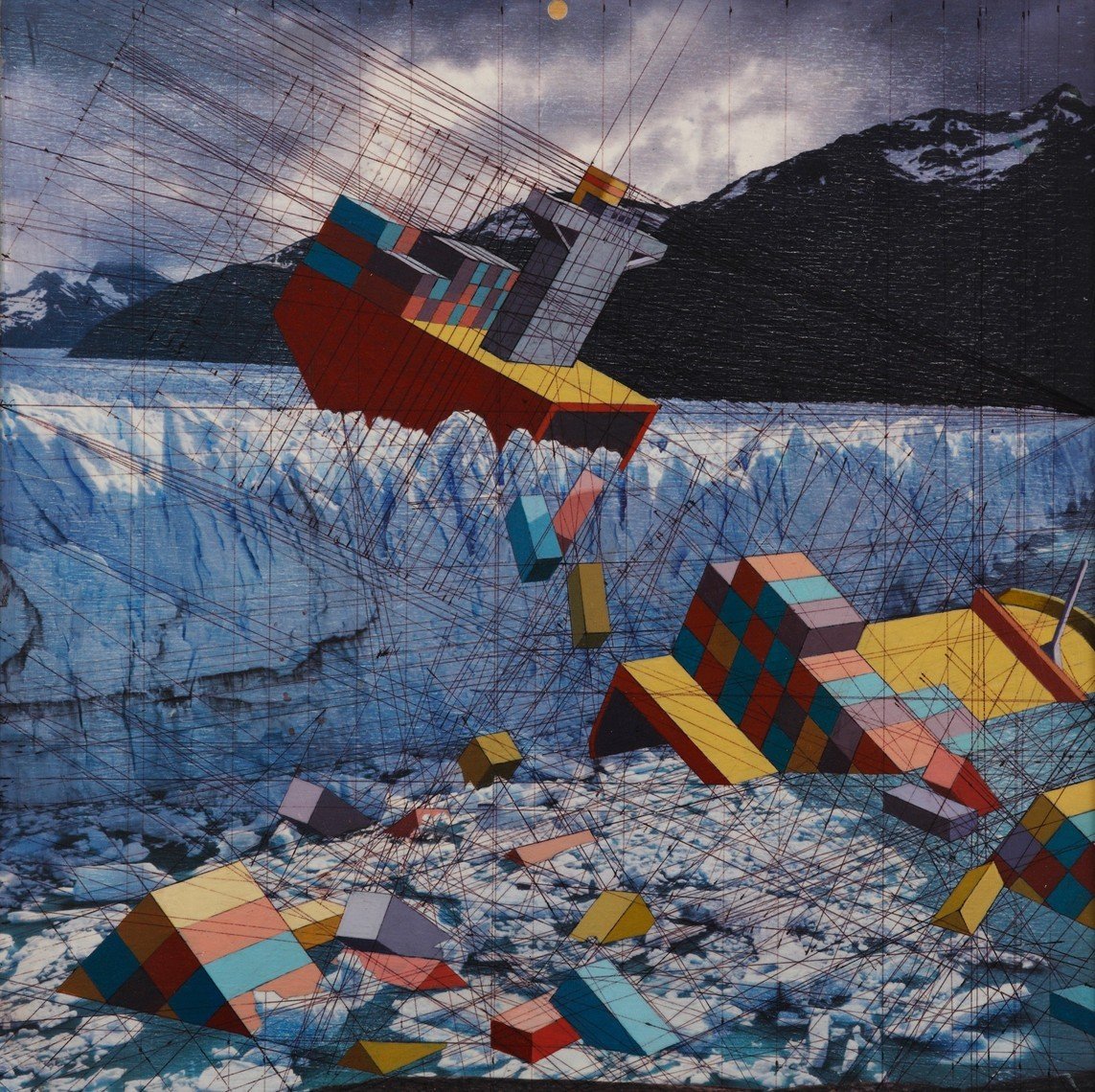