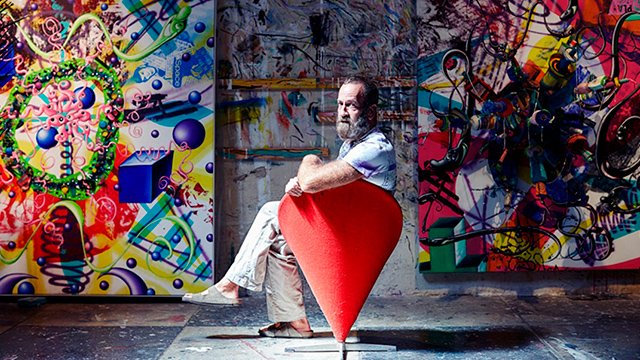 One of the great names to emerge from the New York East Village arts scene in the 1980s, Kenny Scharf is a defining figure in street art and pop surrealism. As he explains, “One very important and guiding principle to my work is to reach out beyond the elitist boundaries of fine art and connect to popular culture through my art.”

Born in Los Angeles, Scharf moved to New York in the late 1970s, where he studied at the School of Visual Arts. Along with flatmate and friend Keith Haring and fellow artist Jean-Michel Basquiat, he was involved in the now-legendary Club 57, the hub for artistic and countercultural experimentation surveyed in MoMA’s 2017 exhibition, Club 57: Film, Performance, and Art in the East Village, 1978–1983.

Scharf’s practice encompasses a huge range of media and styles, including murals, photo-realist painting (which he refers to as “Super-Pop”), performance, installation and his trademark “Blob” pieces. A child of the TV generation, Scharf likens switching between styles as swapping from one channel to the next, maintaining that, “My original approach is unchanged; it is a personal challenge to produce the best work possible every time.”

Scharf’s “Cosmic Caverns” —immersive installations created with garbage, day-glo paint and black light, which doubled up as dance venues— reached wider attention when the artist was selected for the Whitney Biennial in 1985. Since the late 70s, he has hosted over 100 solo exhibition across the globe. His work is featured in the permanent collections of numerous prestigious institutions, including MoMA, New York; Museum of Contemporary Art, Los Angeles; Stedelijk Museum Amsterdam; and Sogetsu Museum Tokyo.

Scharf has collaborated with global brand such as Swatch, Kiehl’s, Pucci and Louis Vuitton, among many others, and has completed countless public arts commissions including the Portland River District Project, the Bowery Mural Wall in New York, and Wynwood Walls, Miami. 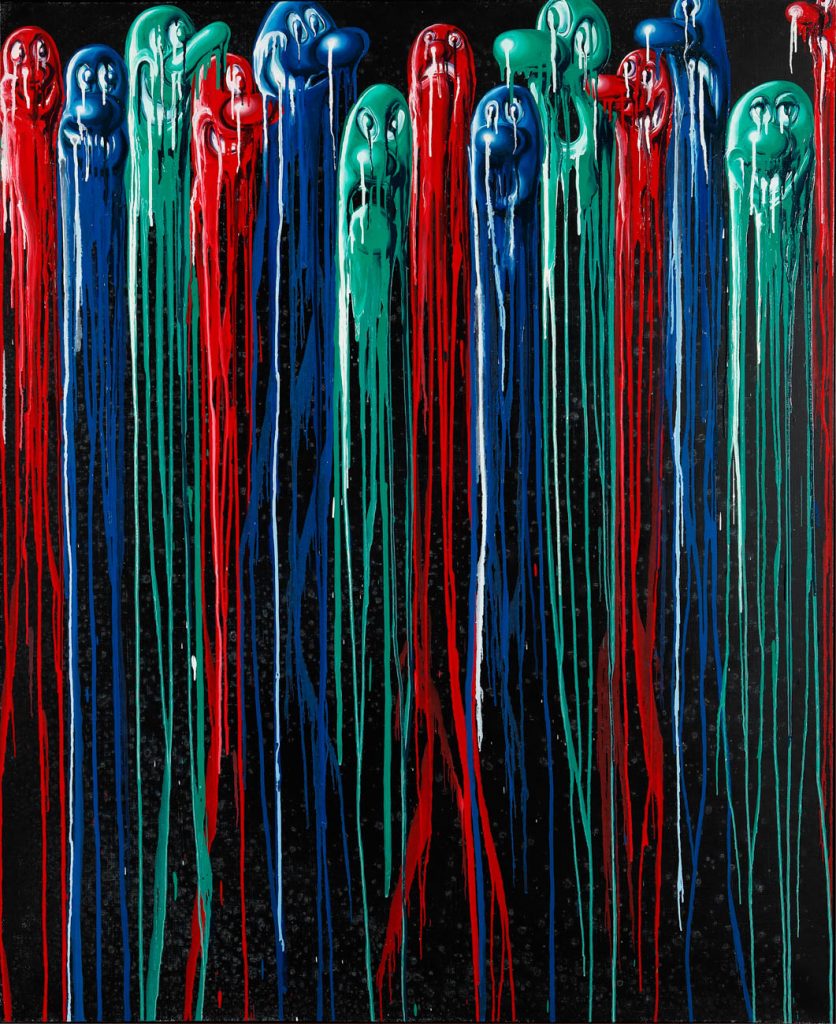 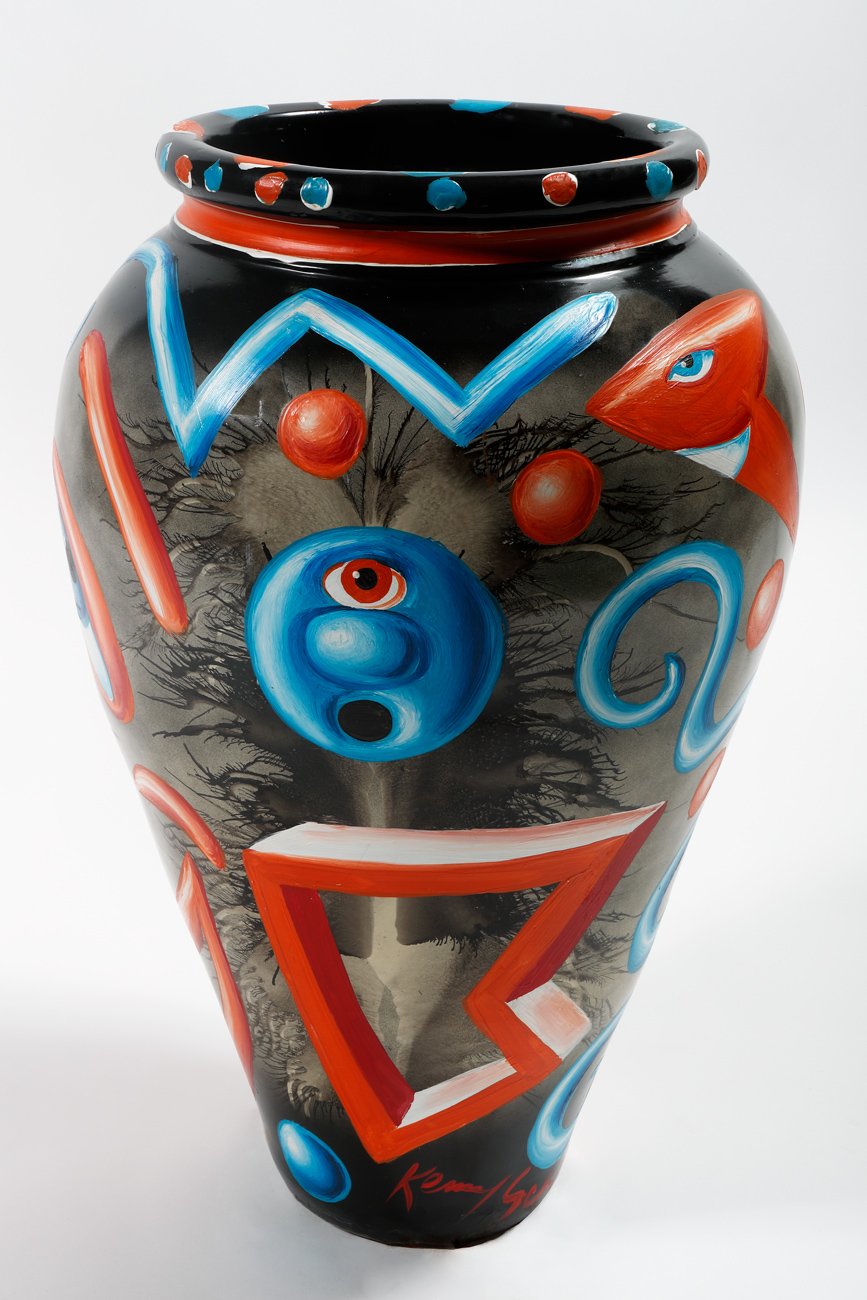