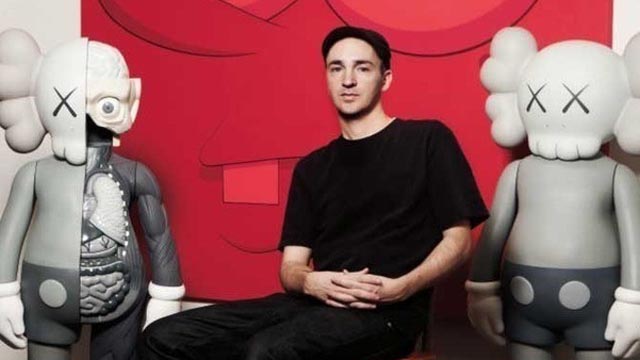 Universally accessible, instantly recognisable, endearing yet subtly thought-provoking, the characters developed by US artist, KAWS, have gained worldwide popularity. Blurring the line between fine arts and global commerce, KAWS creates his trademark cartoon-inspired figures in an ever-evolving range of formats, from vinyl toys to large-scale sculptures, from paintings to a giant-sized balloon.

Brian Donnelly, aka KAWS, was born in New Jersey, obtained his BFA from The School of Visual Arts in New York and received a Pernod Liquid Art Award for young artists in 1998. His creations first appeared on the streets, on billboards, phone booths and bus stops, but it was in 1999 that KAWS produced the first version of his trademark character, Companion.

With x-ed out eyes, rearranged colour schemes and expressions detached from the cartoon-world norm, KAWS’ re-workings of characters such as Mickey Mouse, the Michelin Man or Sponge Bob are hugely appealing. Influenced by the likes of Warhol or Claes Oldenburg, KAWS appropriates popular culture to create eye-catching artworks that seamlessly blend elements of Pop Art, graffiti and abstraction.

Aside from a plethora of commercial projects – he has designed everything from toys and sneakers to the MTV award – KAWS has exhibited the world over, in numerous individual and group shows. His first solo museum show took place at Aldrich Art Museum, Connecticut, in 2010 and his work appears public collections including The High Museum, Atlanta; The Modern Art Museum, Fort Worth; The Rosenblum Collection, Paris and The Zabludowicz Collection, London. 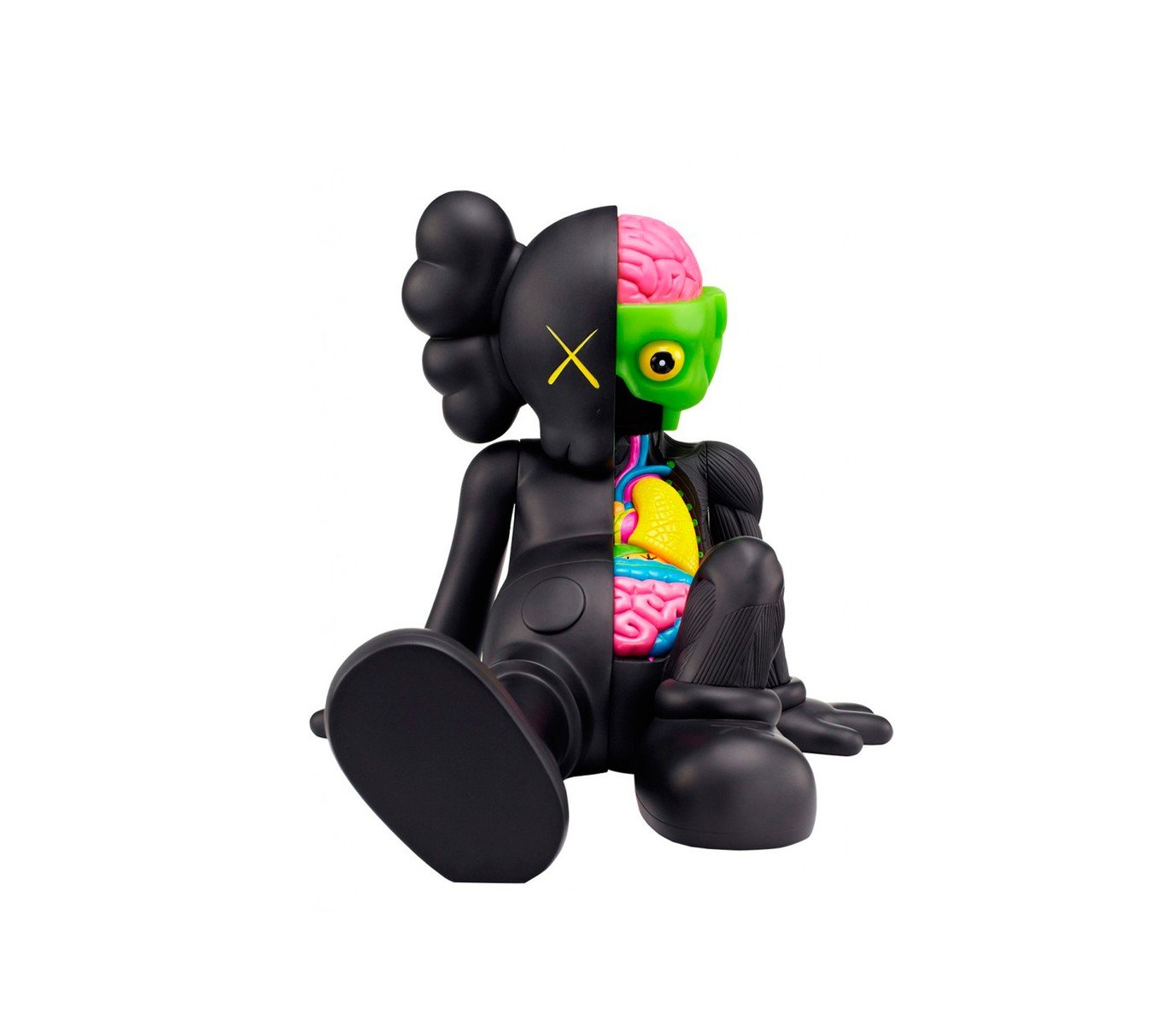