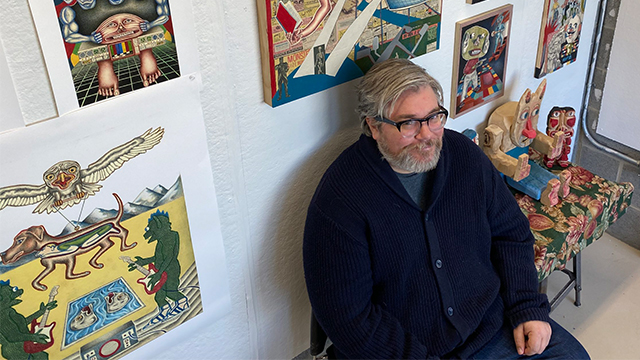 Jason Herr Graduated with a BFA from Pennsylvania College of Art and Design in 2015. He has shown in galleries in Lancaster, Harrisburg, Philadelphia, New York City, and Leeds England. He won best in show for the Thrive exhibit at the Sunshine Gallery in 2014. He has contributed illustration work for Mondo Zero press, Kus! comics, Lifted Brow magazine, and Future Islands.

His images explore the idea of dualism as it pertains to the mind existing separately from the physical brain. Looking at this concept specifically through the lens of near death experience where stories often involve the conscious self leaving the corporeal body and then returning. The initial inspiration was after reading a quote from Ernest Hemingway. In 1918 he was mortally wounded by shrapnel from a mortar bomb, after he recovered he stated “I died then. I felt my soul or something coming right out of my body, like you’d pull a silk handkerchief out of a pocket by one corner”. 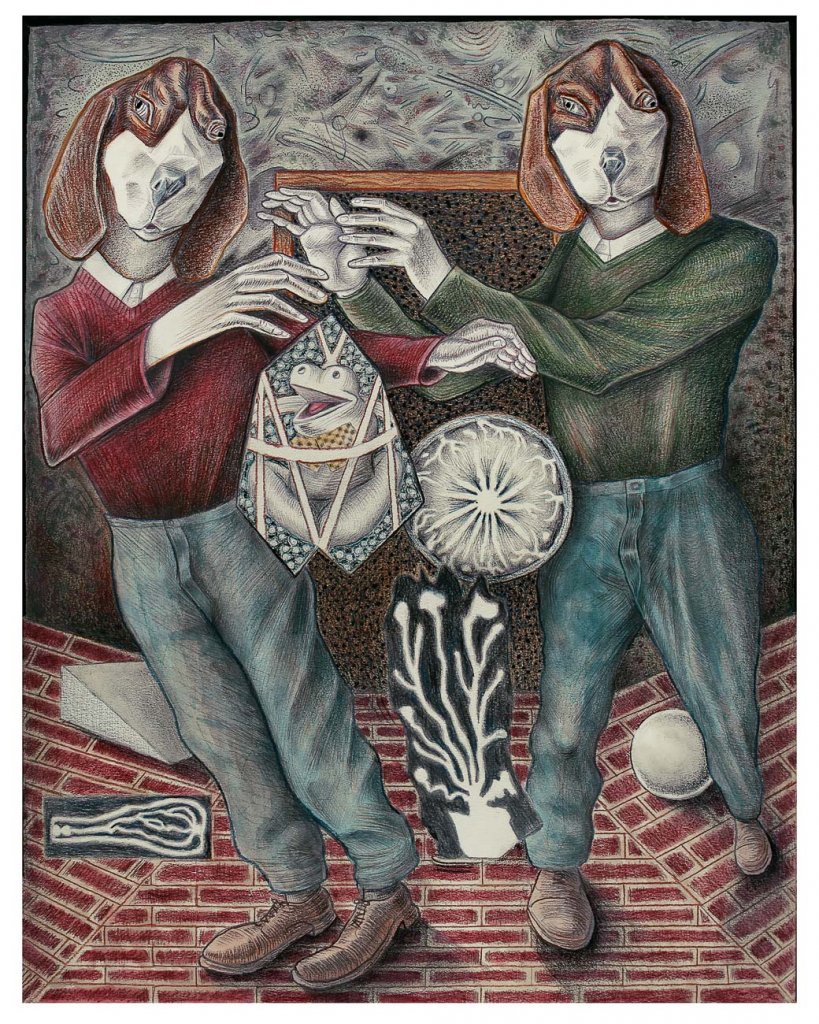 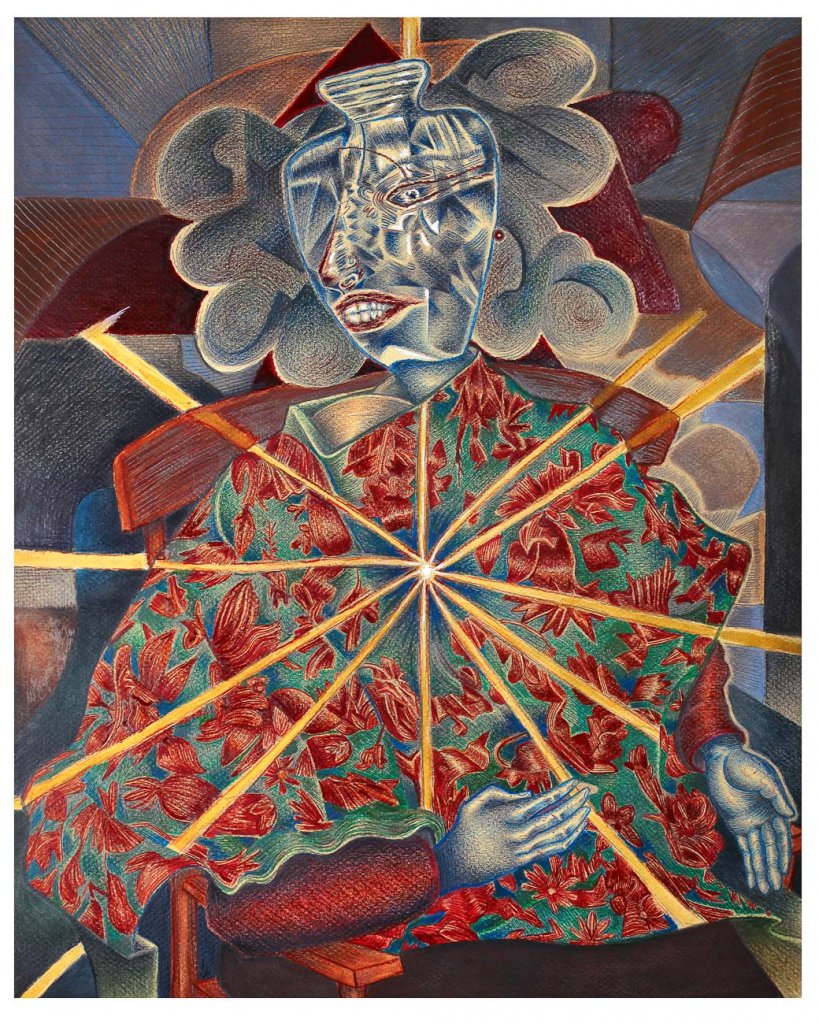 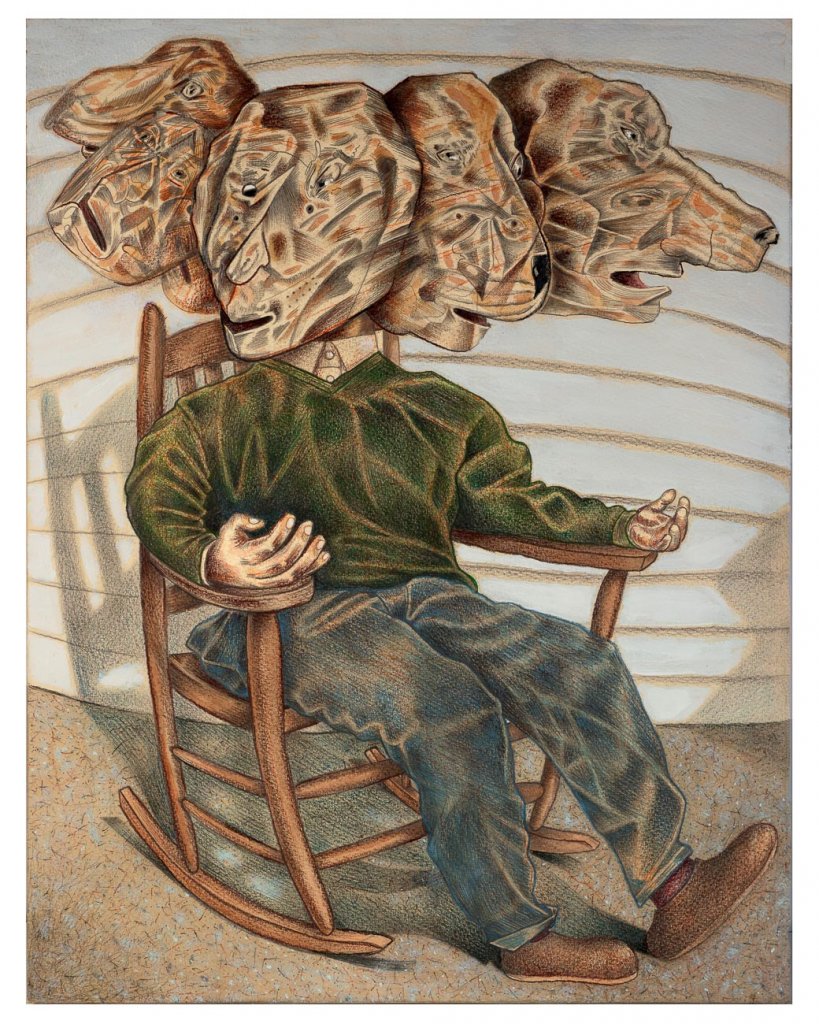 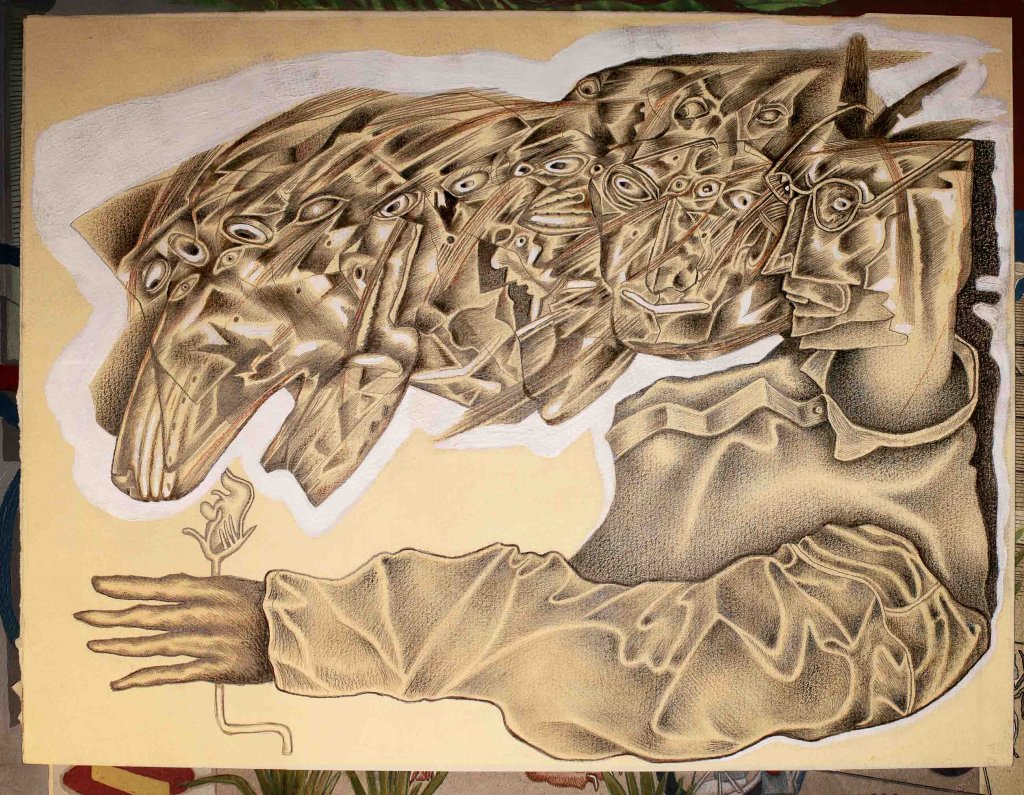