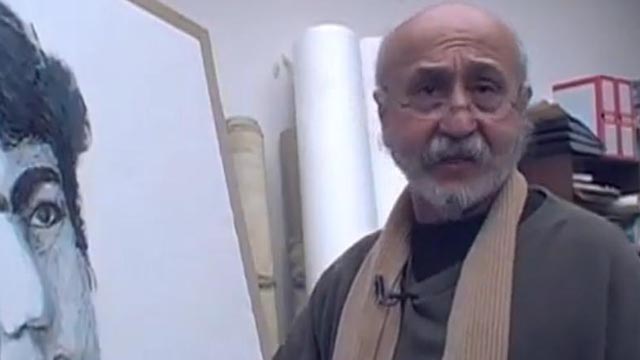 “Nostalgic fiction” is the term used by the veteran Iranian painter Ghasem Hajizadeh to define his unique blend of tradition, popular culture, satire and melancholy.

Born in 1947 in Lahijan, Hajizadeh graduated from the High School of Fine Arts, Tehran, in 1967 and soon became one of the city’s most sought-after artists, exhibiting widely in Iranian galleries and public institutions through the late 60s and early 70s. Encouraged by his close friend, the political cartoonist Ardeshir Mohassess, Hajizadeh moved away from his early abstract work to develop a visual language based on portraiture, the Iranian take on Pop Art. Qajar-style paintings, old photos, souvenirs and everyday observations all influence Hajizadeh; his witty creations portray a mental homeland, an imaginary universe fusing the harsh reality with a nostalgic remembrance of times past.

Hajizadeh remained in Iran after the revolution, but was finally forced to leave in 1986. He moved to France, where his solo show in 1987 was warmly received, attracting press coverage in publications such as Paris Match. Since then, Hajizadeh’s work has been exhibited worldwide. He participated in Iranian Highlights at the Bienal de Venecia 2015 and his paintings can be found in numerous public collections, including the Tehran Museum of Contemporary Art, the National Museum of Modern and Contemporary Art, Seoul, and the International Museum of Naïve Art, France. 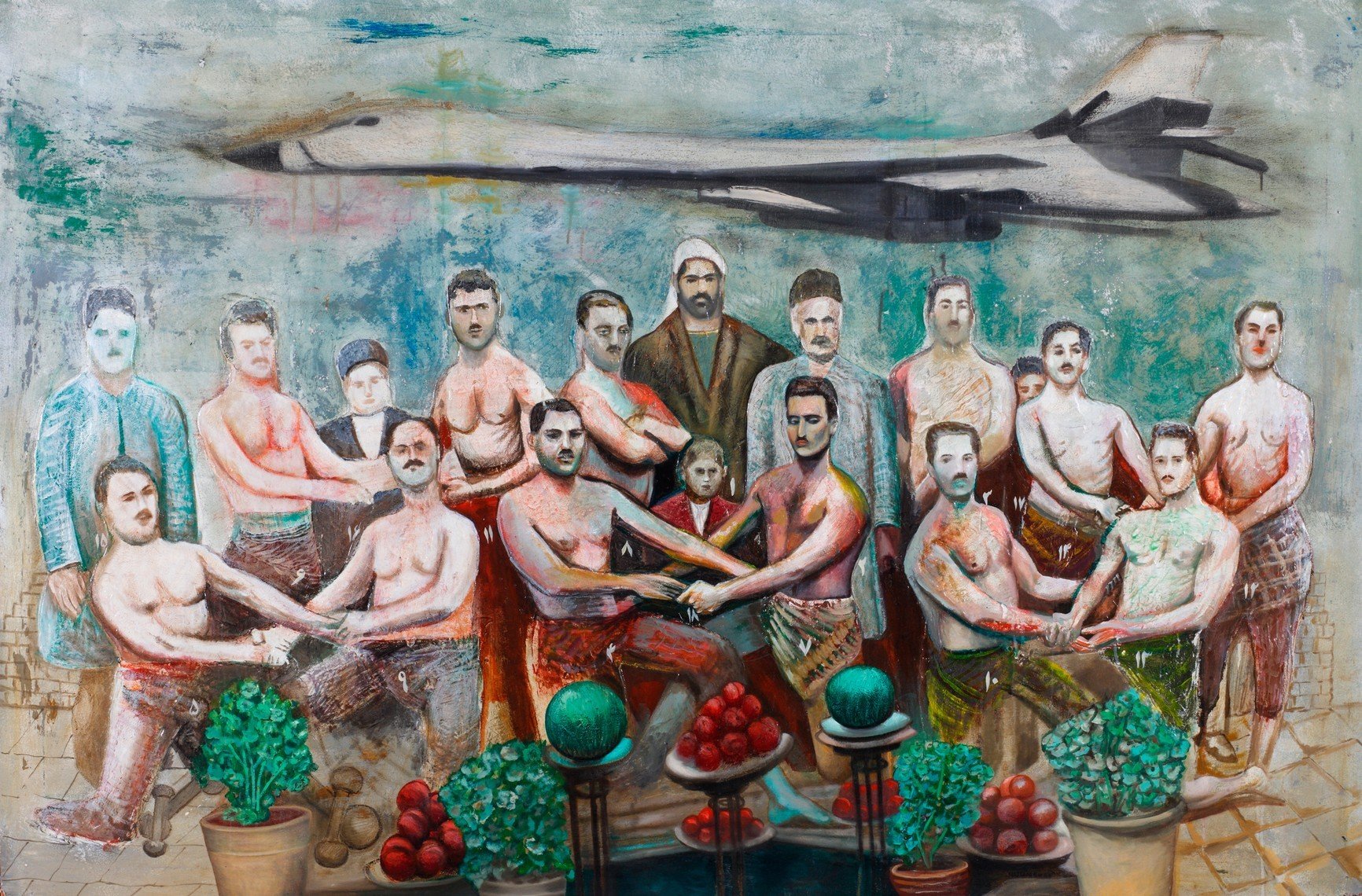