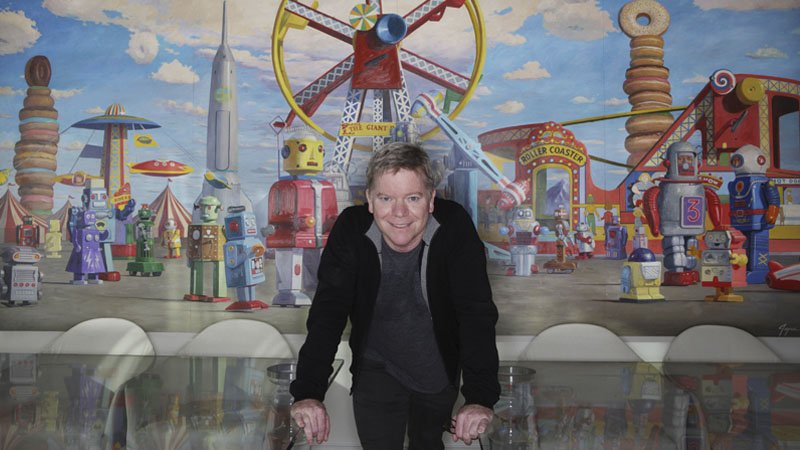 Embarking on his fine-arts career, Eric Joyner set himself a simple rule: “only paint things that I like.” Since then, his artwork has gained a cult following and his name has become synonymous with the two essential ingredients of his oeuvre: robots and donuts.

Trained at the Academy of Art and San Francisco University, Joyner first established himself as a commercial artist, with clients including Mattel Toys, Microsoft, Levi’s and Warner Bros. He is an award-winning member of both the New York and San Francisco Society of Illustrators.

From the late 90s, Joyner moved into gallery work, with early pieces featuring cars, Mexican masks and cartoon characters, before he finally settled on robots. A fan of Wayne Thiebaud, he was ultimately inspired to add donuts to his paintings by a scene in the movie Pleasantville.

Whether in outer space, the jungle or small town America, Joyner’s tin robots have an organic, real-life quality and enduring appeal. Widely exhibited across the USA, Joyner’s work has appeared in numerous arts magazines, making the front cover of Spectrum 11 (2004). Robots & Donuts: The Art of Eric Joyner (Dark Horse Books, 2009) was the first monograph dedicated to the artist, followed in 2018 by Robotic Existentialism: The Art of Eric Joyner. 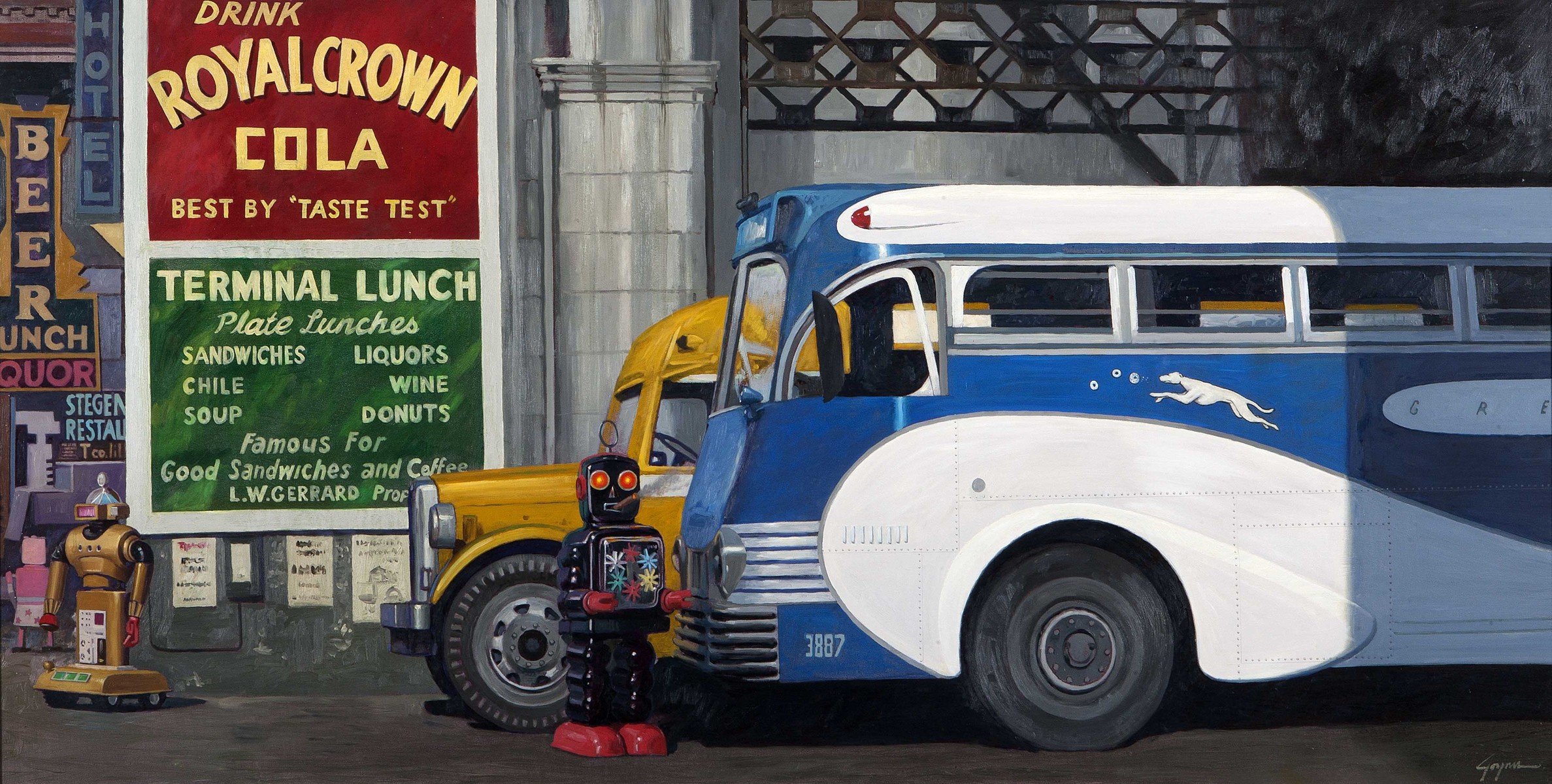 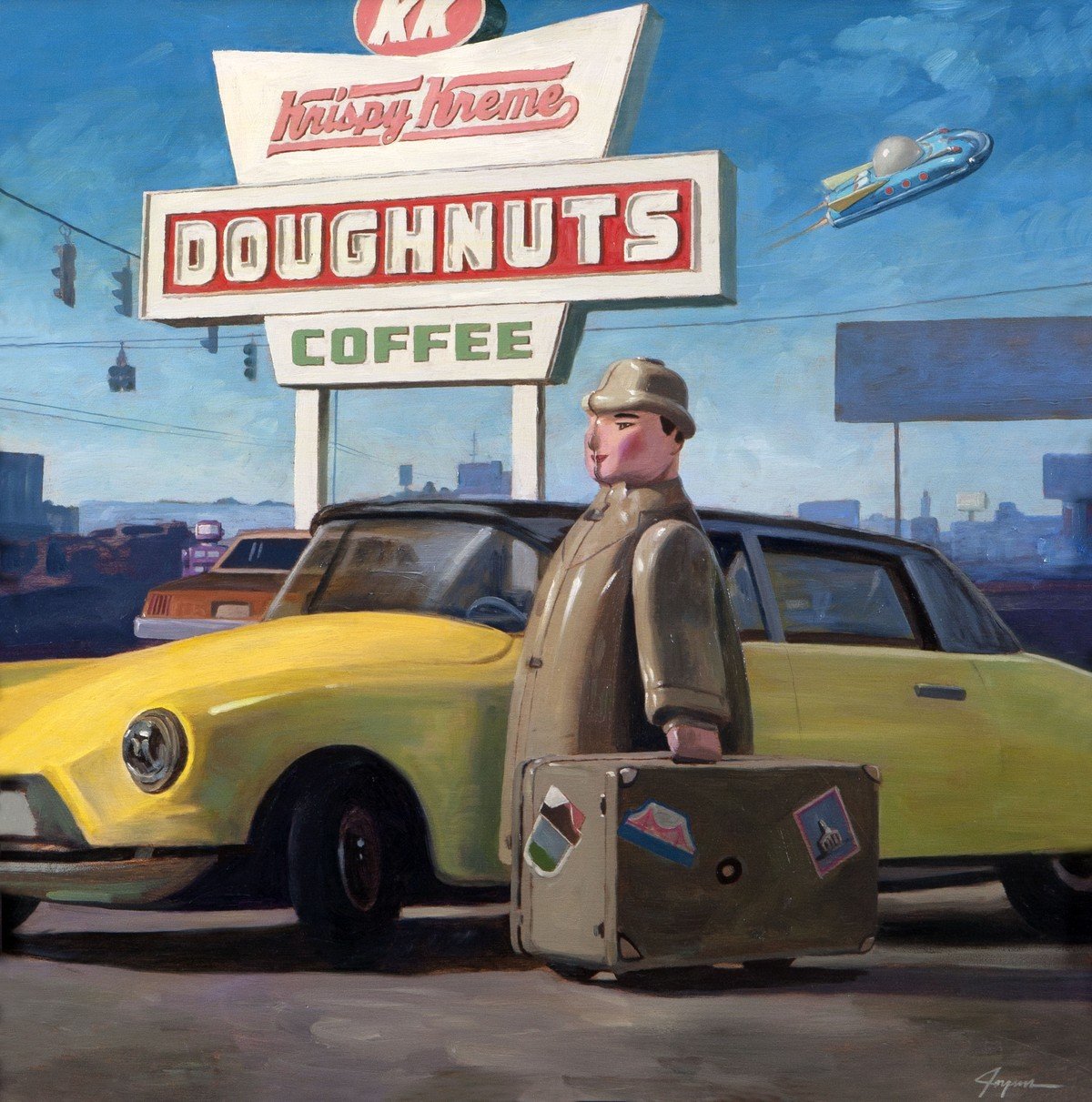