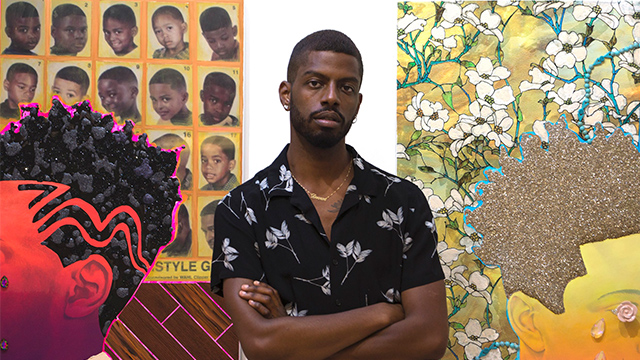 American artist Devan Shimoyama up-ends conventional notions of masculinity through richly textured portraits of black, queer experience. Across paintings and installation works, he employs materials such as feathers, synthetic flowers, glitter and rhinestones in contemporary depictions which tackle race and identity in a celebratory and thoughtful way.

Born in Philadelphia, Shimoyama graduated from Penn State University in 2011 with a BFA in Drawing/Painting. He was awarded the Al Held Fellowship at the Yale School of Art, where he obtained his MFA in 2014, and has completed artistic residencies in New York, Los Angeles and Miami. Currently based in Pittsburgh, he is Cooper-Siegel Assistant Professor at the School of Art, Carnegie Mellon University.

Shimoyama’s canvases draw on classical mythology and allegorical symbols such as snakes or flowers, but are infused with present-day colour and sparkle. Racist imagery, like the Jim Crow character, or real events, including the killing of African-American youths, Trayvon Martin and Tamir Rice, also feed into his work. His portraits are intimate, often of himself or friends, with recurring motifs including teardrops or photographed eyes and lips. His choice of materials, meanwhile, lends these characters an air of magic.

In 2016, Shimoyama won the Miami Beach PULSE Prize and has hosted individual presentations in New York, Los Angeles and Chicago, among others. His debut solo museum exhibition was held at The Andy Warhol Museum, Pittsburgh, in 2019 and his work features in “Men of Change: Power. Triumph. Truth” a three-year travelling exhibition organised the same year by the Smithsonian Institution. 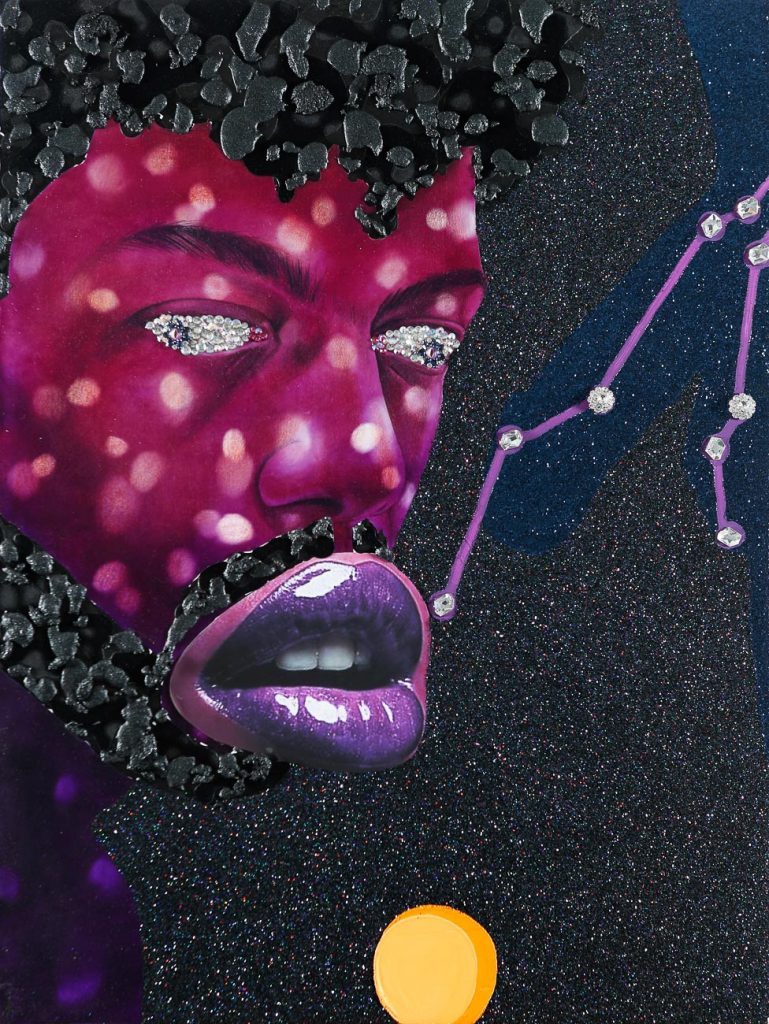