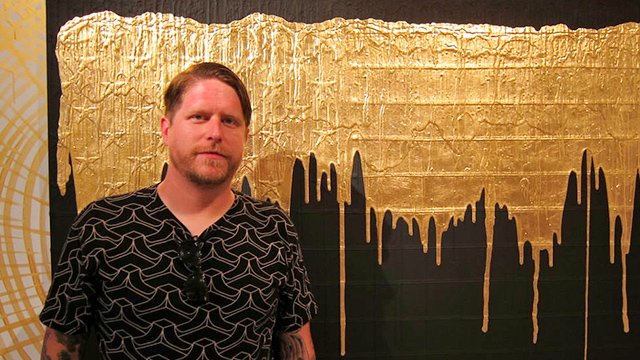 In Andrew Shoultz’s creations, social and political critique comes in the shape of vibrant images, tightly packed with meticulously rendered detail. Layers of carefully constructed imagery, recurring motifs and historical references portray the chaos and turmoil of contemporary life across a range of media from large scale murals through to collages and paintings.

Born in Milwaukee, Schoultz was a pro skater before embarking on his career as an artist. This background in skate and graffiti culture profoundly influenced his work, providing a sense of community, a self sufficient, auto-didactical approach and the ability to “think outside the societal norms and what is deemed acceptable,” he explains. Attracted by San Francisco’s lively counter-cultural scene, Schoultz moved to the city in 1997, where he completed a BFA in Illustration at the Academy of Art University.

Intricate, repetitive imagery, recurring motifs such as war horses, branchless trees or all-seeing eyes, and the innovative use of materials like gold leaf or shredded currency are all trademarks of Schoultz’s varied output. His influences range from Persian miniatures and ancient maps through to underground comics and pop culture, yet his underlying concerns remain constant: world power structures, environmental issues, consumerism and the cyclical nature of history.

Since the late 90s, Schoultz has created murals across San Francisco, Los Angeles and Miami, as well as in Canada, Indonesia and the Philippines. He has participated in numerous group shows, including at the Laguna Art Museum in California and the Havana Biennial, Cuba. His work also features in prestigious collections such as the Monterey Art Museum and San Francisco Museum of Modern Art, which have both hosted solo exhibitions by the artist. 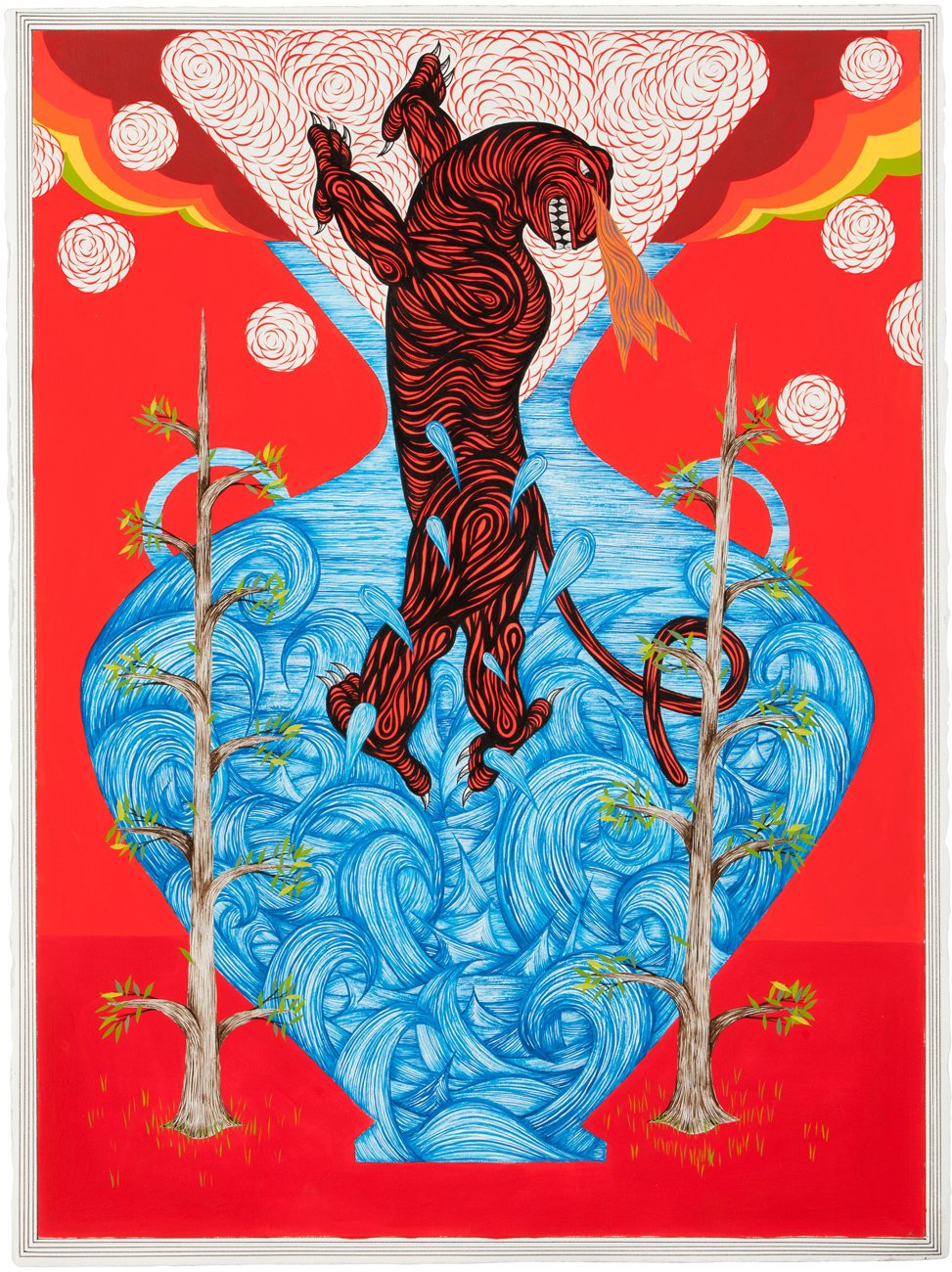