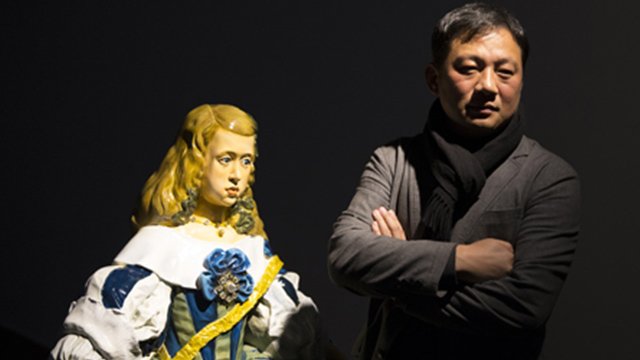 Timeless beauty and cutting edge technology come together in the exquisite video creations by Lee Lee Nam, one of Korea’s most prominent new media artists.

Lee Nam first trained as a sculptor, graduating from Chosun University in 1995. The moving image soon became the artist’s chosen media, however, enabling him to overcome what he viewed as the limitations of sculpture and connect more directly with viewers; Lee Nam finally specialised in New Media at Yonsei University, completing a PhD in 2007.

From his early stop motion creations and experiments in animation, Lee Nam developed digital reinterpretations of classical masterpieces, moving versions of landmark pieces such as Jan Vermeer’s Girl with a Pearl Earring and Leonardo Da Vinci’s Mona Lisa, along with traditional Asian artworks. Static images give way to a poetry of subtly changing landscapes. “Perhaps I have in me the teachings of Taoism that sees the return to the original purity and simplicity,” says Lee Nam, who views his works as opportunities for quiet and calm in a hectic world.

Lee Nam’s work has featured in group exhibitions across the globe, including at the Venice Biennale, The Saatchi Gallery, London, and the National Museum of India. Lee Nam has hosted individual shows in Korea, USA and Australia, among others, and his creations feature in the permanent collections of Korea’s most prestigious museums including The National Museum of Contemporary Art, Seoul Museum of Art and Savina Museum.