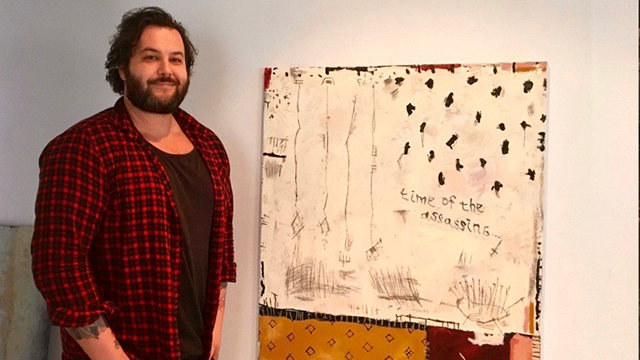 Colour and material are the main tools with which Jordy Kerwick composes his scenes inspired by everyday life but incorporating animals, often ferocious, and many other imaginary elements. The artist deconstructs figurative subjects to their rawest dimension, revealing “a subject in its most sincere state”. A wild force emanates from his compositions whose bold aura is encouraged by a raw line and explosive colours. In this two- dimensional space, accentuated by Kerwick’s flattening of the perspective, different techniques are mixed and layered, from acrylic paint to oil as well as spray paint or collage, offering an abundance of textures.

The central subject is frequently enriched with figurative pictorial elements that give the works a deeper, sometimes complementary, sometimes more ambivalent reading. By adding quotidian elements with antagonistic connotations, such as flowers and cigarettes, Kerwick juxtaposes the attractive and more drab aspects of life. The eye wanders between unambiguous figuration and meticulously precise details. His predominantly vivid compositions, immortalize both completely fantasized and much more autobiographical subjects, often within the same canvas. He also takes up classic themes of painting, notably still lives and vanities.

His highly recognizable iconography is built around a ensemble of recurring graphic elements, almost patterns- like, composed of cobras, wolf heads, feathers, naked women or vegetal elements. Predatory animals are increasingly present in his recent works, as if to remind Man of his primitive nature. Kerwick also quotes historical references such as Théodore Géricault’s A lion attacking a horse, 1762.

Kerwick explores the intrinsic relationships of painting between thickness, colour and flatness. Using a variety of techniques, from acrylic paint to oil to spray paint to collage, Kerwick’s raw and unapologetic works are imbued with an obviousness, sublimated by the richness of the textures and the depth of the surfaces Jordy Kerwick is a self-taught artist, born in 1982 in Melbourne, Australia. He lives and works near Albi, in the south of France. 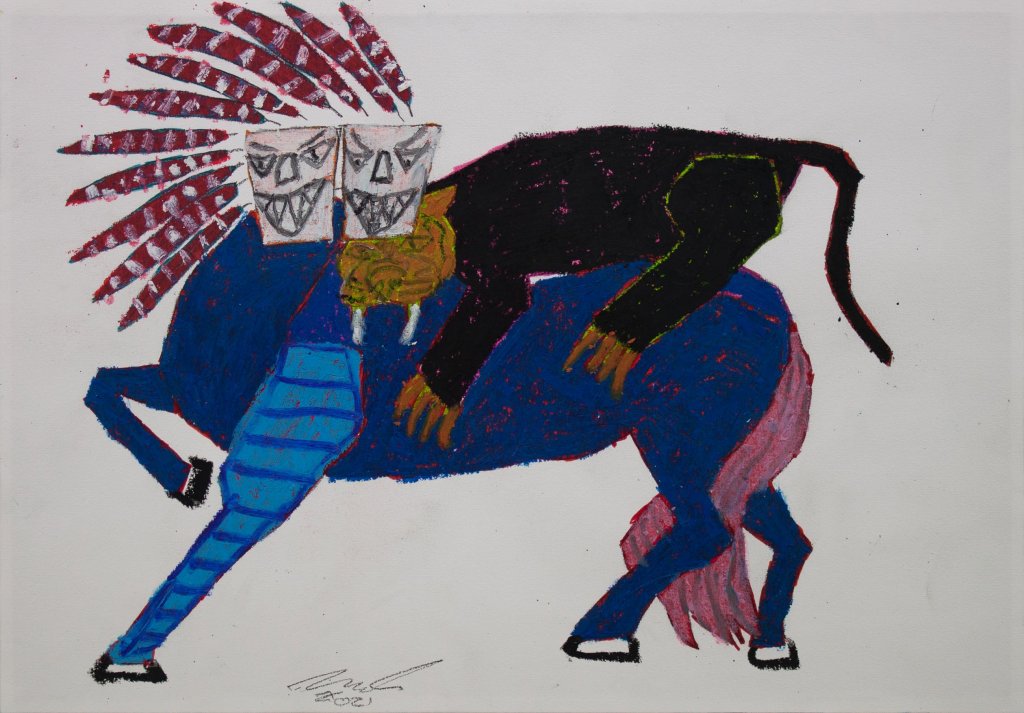 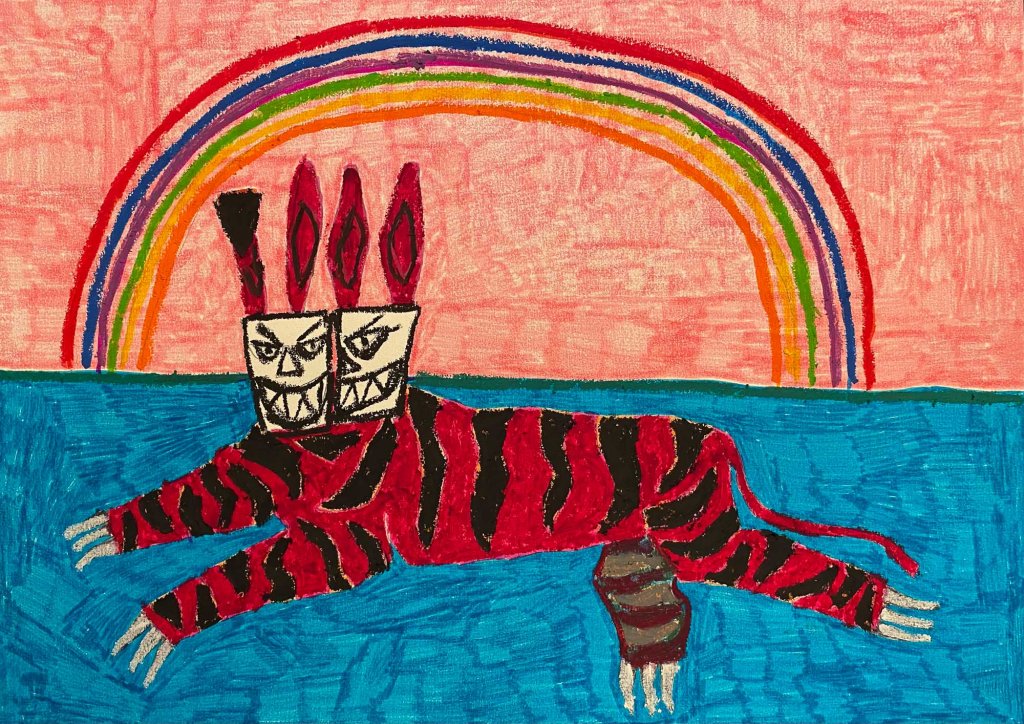