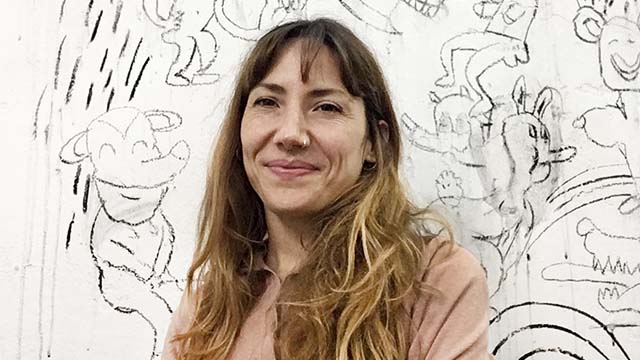 “Because it is a pleasure to represent the lowest instincts hidden in their contradictions, naivety, religion and violence” with this phrase Eva Alonso presents her work. An exercise that transforms drawing and painting into a fast, almost frenetic action, which aims to catch the tense energy of the characters and materialize their stretched smile.

Her earliest influences are probably in her father’s 1970s and 1980s comic book collections. Magazines such as Totem, El Víbora or Creepy and cartoonists of the stature of Moebius or Robert Crumb were present during her childhood and adolescence, feeding a visual language that she has preserved throughout her life. A style that has mutated throughout her career, progressively drawing closer to an increasingly puerile, spontaneous method of creation, which allows her freedom of movement, a naïve maneuver confronted with the sarcasm of its content.

Eva is a lover of the horror genre, a trait that she frequently manifests through texts or references to films, music and literature of this nature. A category that easily combines with religious themes, and which leads her to use humor and parody in contrast to her cartoon-inspired figures.

Born in Madrid, she studied Fine Arts at the University of Valencia and obtained an Erasmus Scholarship at the Academy of Fine Arts in Palermo, Italy. She currently lives in Barcelona. She has participated in exhibitions in Spain and Italy and has been published in various fanzines and magazines such as Ballast in France. She has exhibited individually at the Eat Meat gallery and at the Mutuo art center in Barcelona,​​among others. 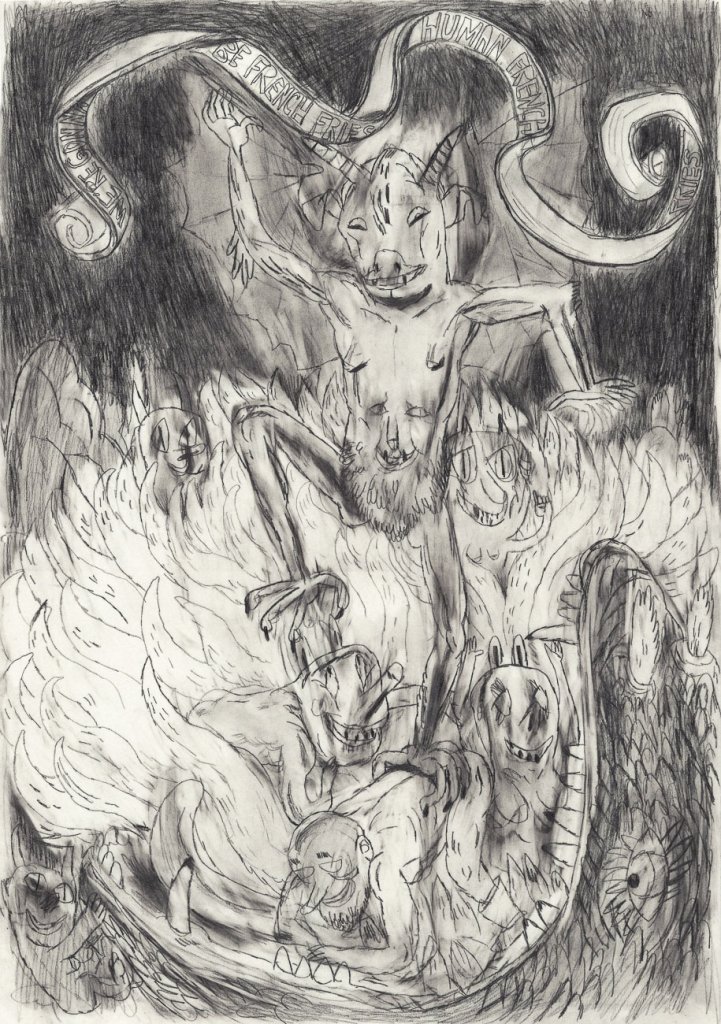 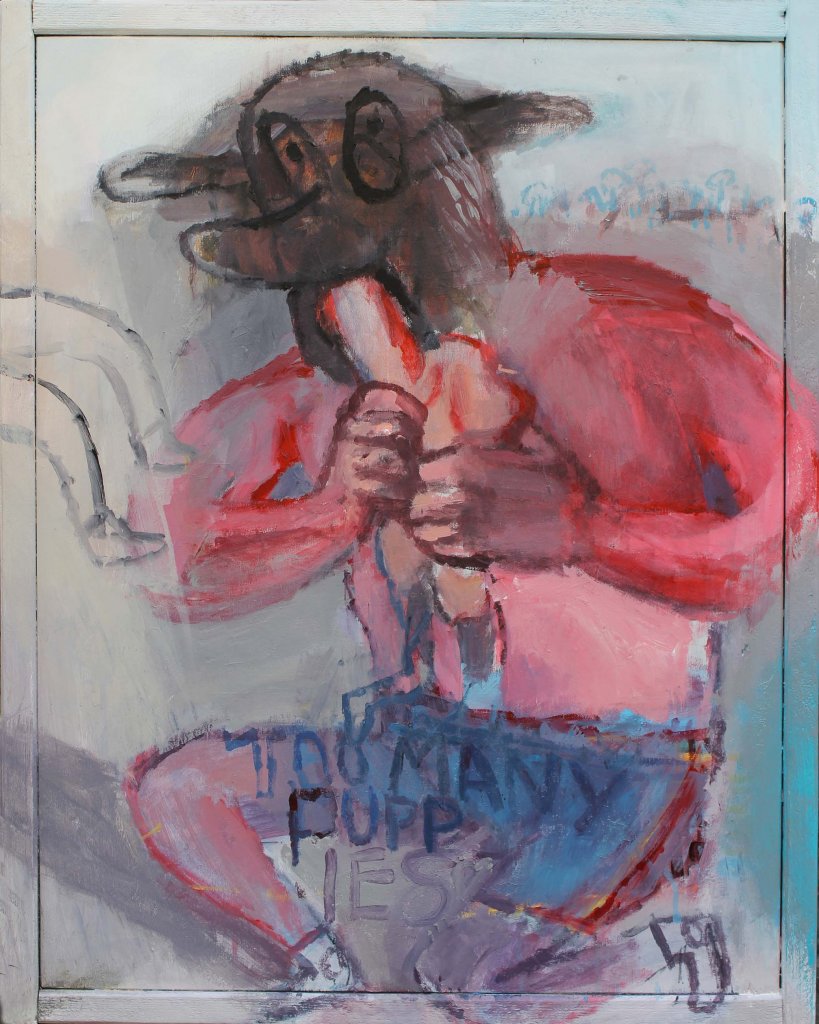 Things to do in Fangorn when you're dead 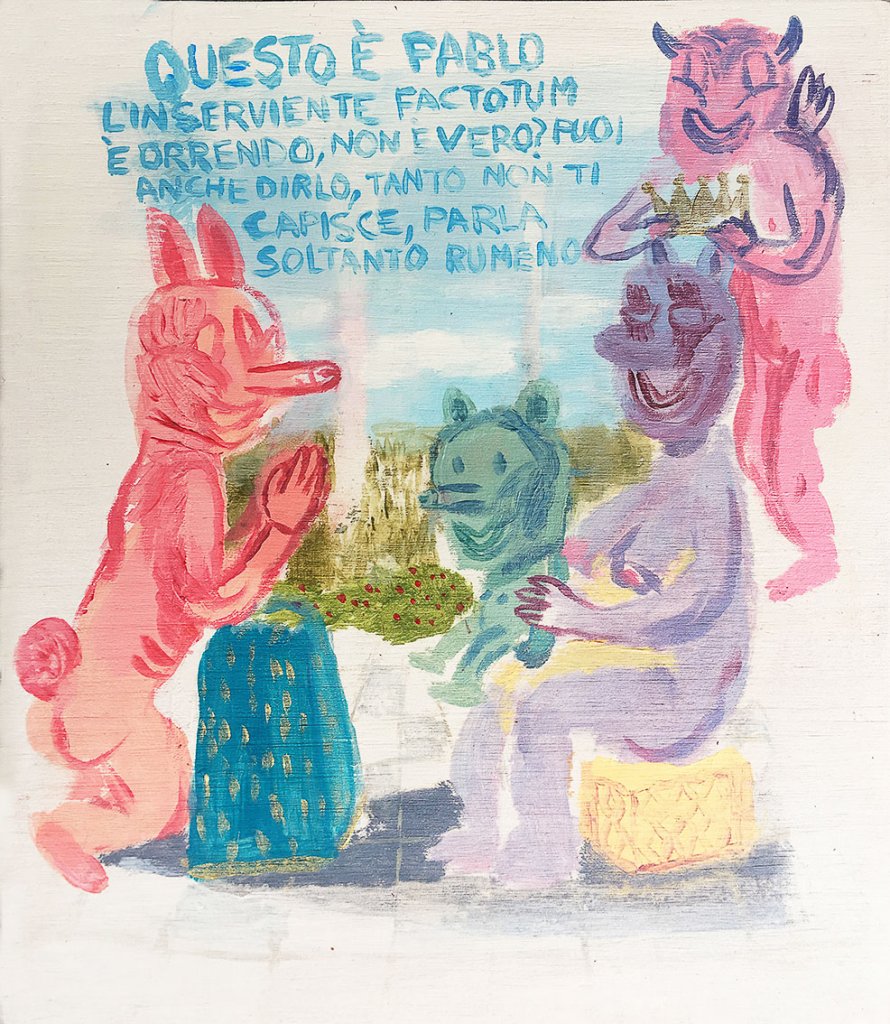 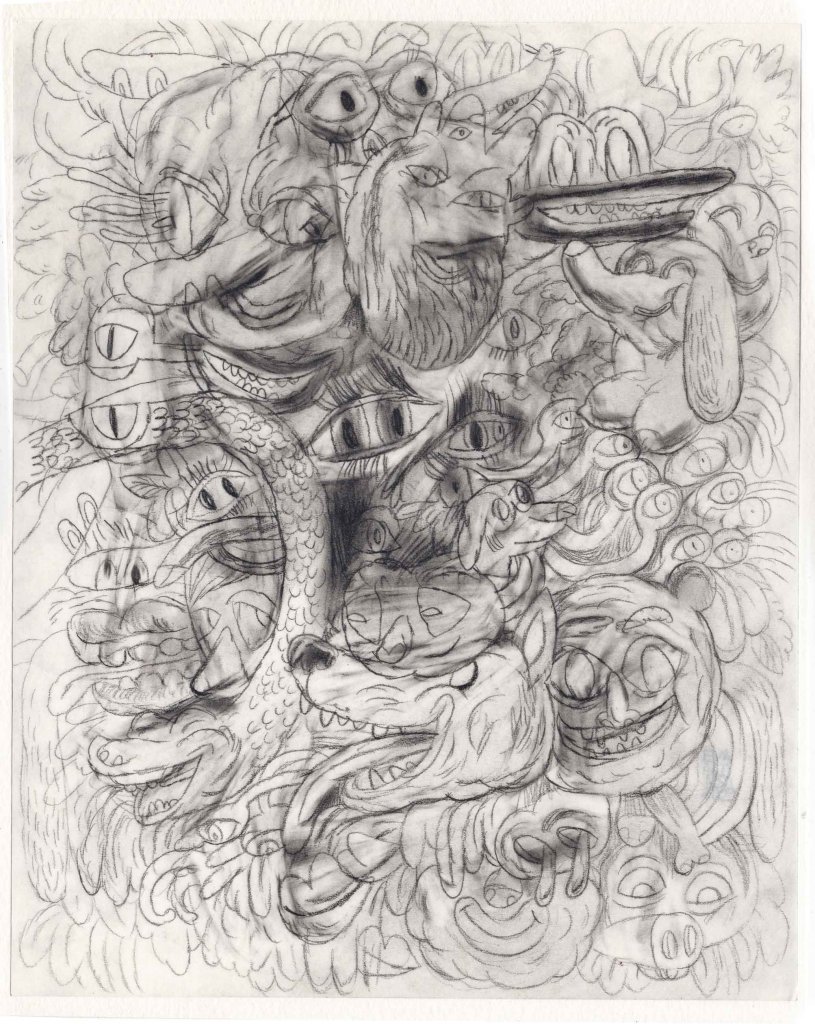 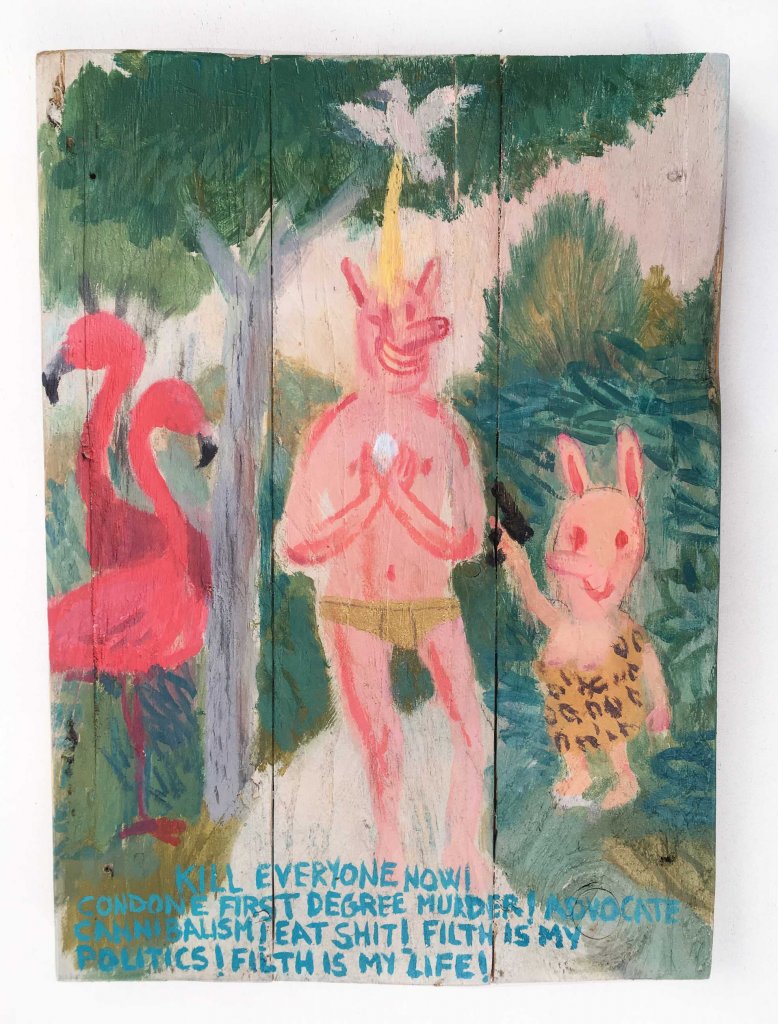 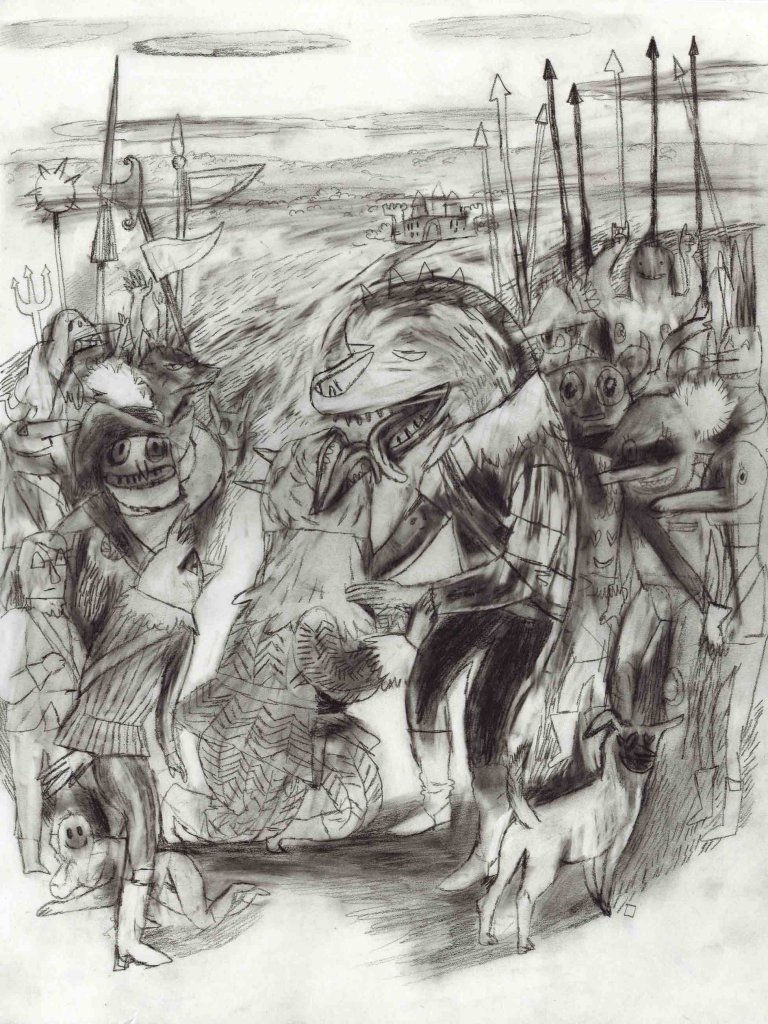 If it bleeds, we can kill it 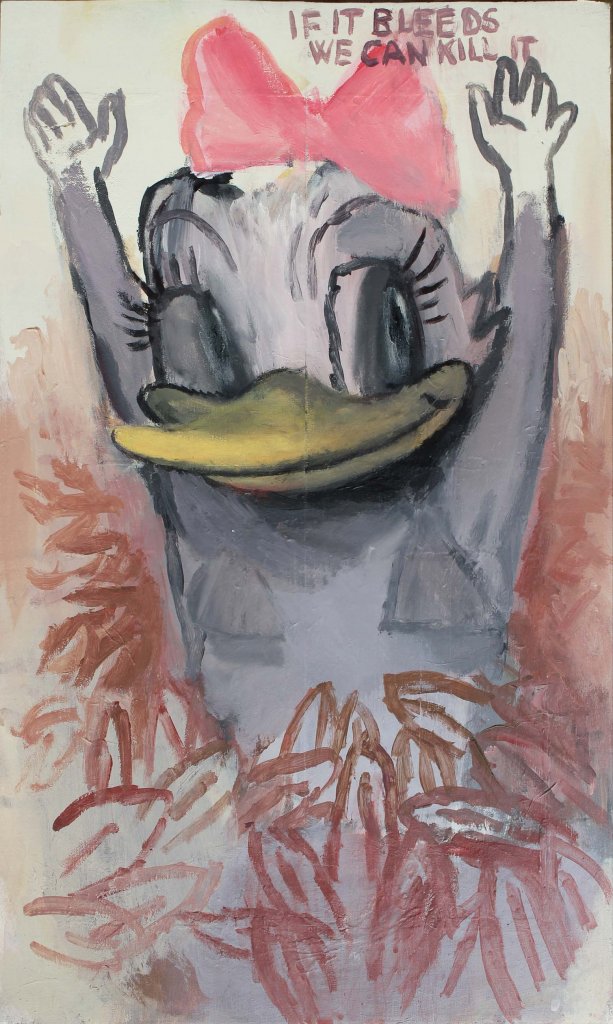